Tethered controls without the tether 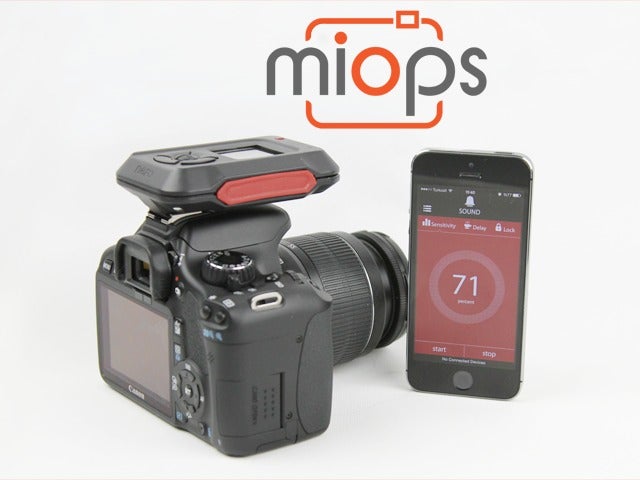 MIOPS is a Kickstarter for a smartphone controlled remoter trigger system, and while that’s not an entirely new concept, it does promise an impressive level of performance and control.

Rather than physically tethering your phone to the camera using a release cable, MIOPS is a bluetooth controlled device, which slots into your hotshoe, and can be used to control your camera. If you don’t have a smartphone around (or your battery dies), it still has a full set of manual controls built into the body, so you can still tweak settings as needed.

MIOPS will have three primary control modes: lightning (triggered by light changes), laser, and sound (which is used for triggering the flash rather than the shutter, to minimize delays). However, it can also be used for HDR image recording, and timelapses—and can even have other types of triggers linked in through an external port.

This isn’t the first time we’ve seen camera controls run through a smartphone—Trigger Happy was one such project, there’s the TriggerTrap Mobile app, and even wireless options like MaxStone and ShutterBox. But part of what sets MIOPS apart is its lineage, it’s made by the same people who made the Nero Trigger, which means they already have experience with remote triggers, and bringing them successfully to market. And with the MIOPS going for just $200 to Kickstarter backers, that puts it on price parity with the non-Bluetooth version.