But one that would automatically uncouple if you dropped it 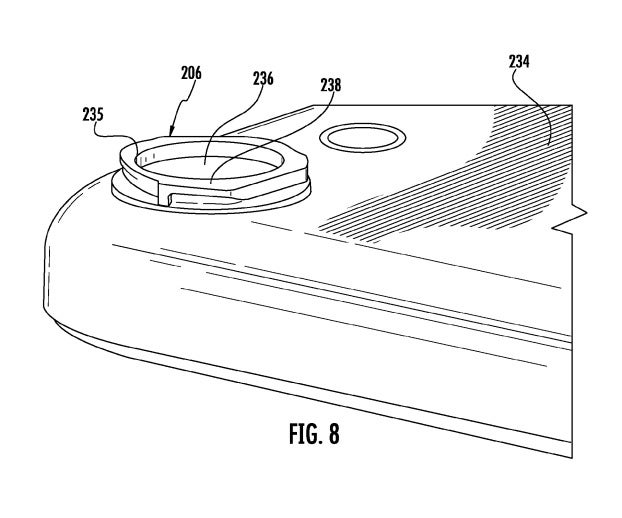 Apple is famous for patenting technology that never actually makes it into the real world. That said, the company obviously has some serious interest in interchangeable lens systems for the iPhone. Earlier this year, Apple was awarded a patent for a magnetic attachment system for lenses, and now it’s been given one for a more traditional bayonet mount.

According to the patent, the mount would extend from the body, rather than be recessed around the camera lens. While that may seem a bit peculiar, it does match up with some recently leaked images.

But a bayonet lens mount system is hardly a new idea—what makes this novel enough for Apple to receive a patent? The company has also figured out a way to automatically decouple the lens should you drop the camera. A locked-on lens would likely do serious damage to the phone and the lens on impact.

This safety measure means that you’d be able to mount and un-mount your lenses normally, just by screwing them on and off. But if you dropped your camera, the lens would pop off, hopefully minimizing any damage.

Between this and the magsafe-like patent from earlier this year, it seems Apple has a serious interest in adding lenses to the iPhone, and is also very concerned about the right way to put them on or take them off. But, even so, we won’t believe Apple is actually working on it until we see it announced.