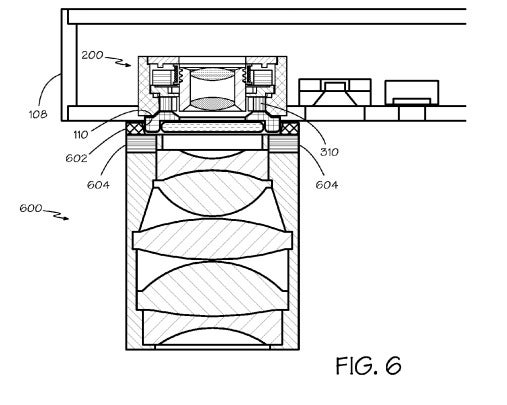 Apple has something of a habit of patenting weird and wonderful things that might never see the light of day. Recently, it’s been awarded patents for a number of magnetically attached lens systems, which could mean dramatic changes for the world of iPhone photography.

Third party iPhone lenses are a surprisingly big market. The Olloclip is remarkably good quality, and much like Apple’s patents, there are lenses that use a magnetic attachment system to stay anchored in place. But these new patents are for a far more advanced take on this technology, one that would allow for the likes of optical zoom and image stabilization systems.

The two patents were spotted by AppleInsider: Patent No. 8,638,369 for a “Back panel for a portable electronic device with different camera lens options” and No. 8,639,106 for a “Magnetic add-on lenses with alignment ridge.” The former is probably pretty unlikely to ever be made—it posits an entirely replaceable back panel for the iPhone, with a different camera in each.

But patent 8,639,106 is far more interesting. It appears to be an entire lens-mounting system, complete some sort of ridge for alignment, which would hold in place an entire external lens. In other words, a camera add-on that would lock into place much the way a lens does on an SLR or mirrorless camera, though the patent would allow for the mount either to be housed on the camera side, or on the lens side.

Some of the drawings in the patent cover some pretty impressive ground. Long zooms—oriented traditionally, or even at 90° to the optical axis; multiple lens packs; image stabilization systems; and more.

It’s pretty unlikely that Apple would sully the smooth, clean lines of an iPhone with a mounting system, but with what this patent seems to show, if the company did it would radically change the world of smartphone photography. But we wouldn’t suggest holding your breath.