Fresh off the Olympics, Nikon releases its latest flagship DSLR 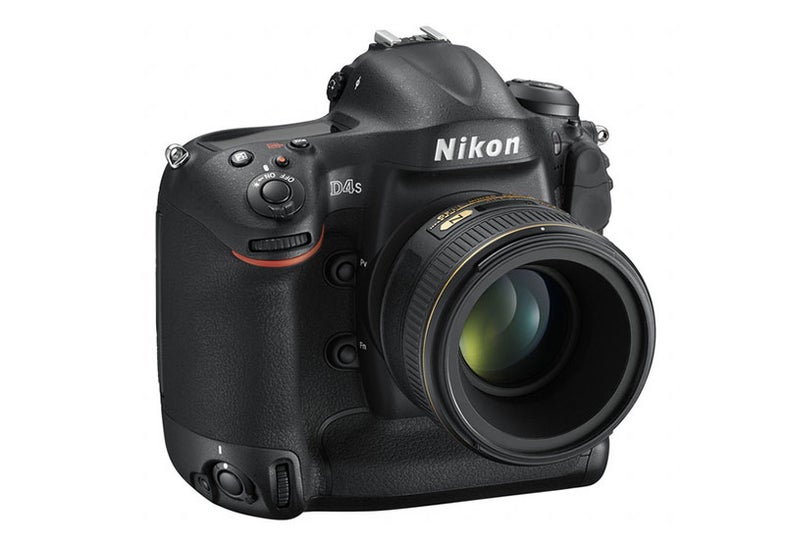 Top-tier DSLRs dominate with pros at the Olympics, and now that the games are over, Nikon is ready to officially announce their new flagship, DSLR camera, the D4S.

Despite rumors, the sensor is still a 16.2-megapixel full-frame affair, but it has been redesigned, and Nikon claims the D4S beats the D4 in dynamic range.. It’s now couple with the EXPEED 4 image processing engine, which gives it an overall top ISO setting of 409,600. Of course that’s an expanded ISO mode (the top native setting is 25,600), but it’s there if you’re trying to shoot in extreme dark circumstances and you’re not worried about noise.

The 51-point AF system has stuck around, too, but it has gotten some upgrades as well. The D4S can churn out 11 FPS with AF tracking engaged and auto-exposure. The new group AF mode, which uses five AF points at a time to help maintain tracking and cut down on misses. It’s meant for tracking small objects that move quickly, like at a sporting event.

The 91,000 pixel RGB 3D Color Matrix Metering III system is carried over from the D4. It wasn’t broken, so they didn’t go out of their way to fix it and that’s fine with us.

Because this camera is geared toward working pros, they have also added some pro-specific improvements, most of which involve the speed with which images can be processed in and sent out from the camera. There’s a new Raw S file size, which produces an 12-bit uncompressed NEF file with a resolution of just 2464 x 1640, so they’re easier to process in a hurry. It also has faster LAN transfer rates, which agency shooters should appreciate and a longer lasting battery, which goes up to 3,020 shots in single exposure mode.

Video capture has remained much the same, only now it has access to the higher ISOs and more processing power in the camera. It can still record to CF and XQD high-speed memory cards due to the dual slots.

The body is as tough as you’d expect and the shutter is rated to 400,000 cycles, which is important if you’re cranking out photos at 11 fps. The grip is slightly different and the mirror-moving mechanism has been changed to soften the slapping of the mirror.

The D4S will be available on March 6th for $6,499. It’s a pro price for a truly pro body. Some folks may be surprised to see that it didn’t get a resolution bump, but with so much emphasis on speed, it shouldn’t be shocking to see them stick around that 16-megapixel sweet spot.

We’ll have a body in soon at which point we’re going to switch over to ISO 409,600 and take a bunch of pictures in the dark like a bunch of camera nerds. We’ll be sure to share those with you when we do.