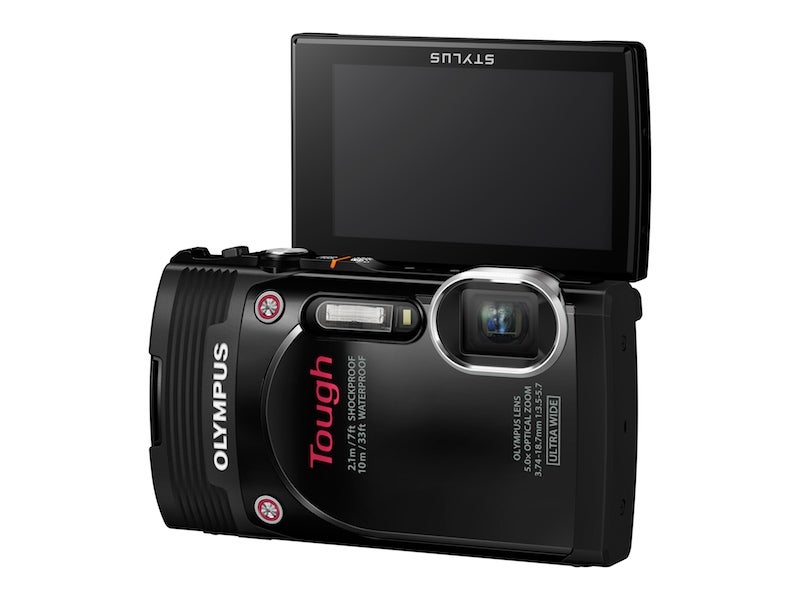 Amidst today’s calvacade of new products, Olympus has also announced a new addition to its line of action cameras, the Tough TG-850, which brings the added flexibility of an articulated screen, as well as substantial spec improvements over the previous generation Tough TG-830.

The big selling point of the TG-850 is the 460,000-dot flip screen. With it, you can flip up the LCD to take a selfie while going over some rapids. Or you can flip it up 90°, and see what’s going on while holding the camera underwater.

The TG-850 will be available from March for $249.99—well before your summer adventures.