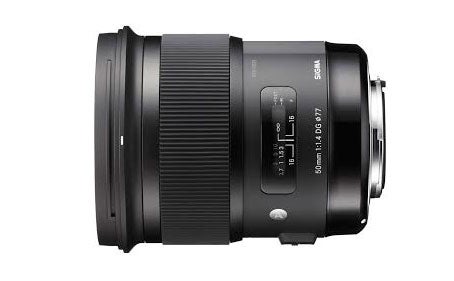 The 50mm F/1.4 has been redesigned to match the excellent 35mm F/1.4. It now has the same matte black finish and look. It’s also now part of the Art series. They’ve given it SLD glass and the wider elements have been moved to the front groups, which they claim will improve wide-open performance. A floating focus system and a new algorithm also promise better focusing performance. It has a total of 13 elements in six groups, up from 8 elements in the previous version.

The 18-200mm lens is made for APS-C cameras and replaces an earlier model from 2011. The weight has come down to 15.2-ounces and the close focus distance has come down to 15.4 inches. It also gets Special Low Dispersion glass and aspherical elements to combat distortion.

There’s no pricing available yet, but Sigma has been keeping things very competitive lately, so we’re hoping that trend will continue.