Yes, it's official, but only in Japan 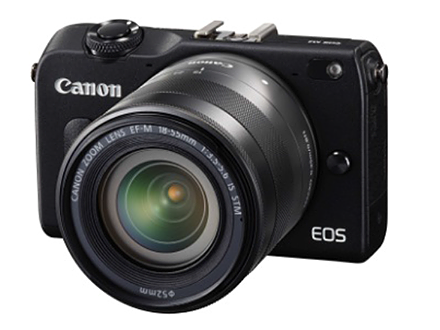 Seemingly out of nowhere, Canon Japan has officially announced the Canon EOS M2, a followup to the original EOS M. The new model will have only minor external tweaks, but Canon is already promising a much improved autofocus system — the chief complain about the original.

It seems the Canon M2 will have a hybrid CMOS AF II system, which we saw previously in the Canon SL1. This should result in 2.3x faster AF according to Canon, as well as having phase detection pixels across 80% of the frame. Unfortunately, Canon hasn’t ported its excellent Live View AF system from the Canon 70D to the M2, which would seem a natural fit.

The new camera is also 8% smaller than its predecessor, with built-in Wi-Fi, and a redesigned mode dial.

There has been no indication of additional lenses or accessories for the M2.

We haven’t heard anything about when, or even if, this model is coming to the USA.