Sigma doubles down on a new standard zoom. 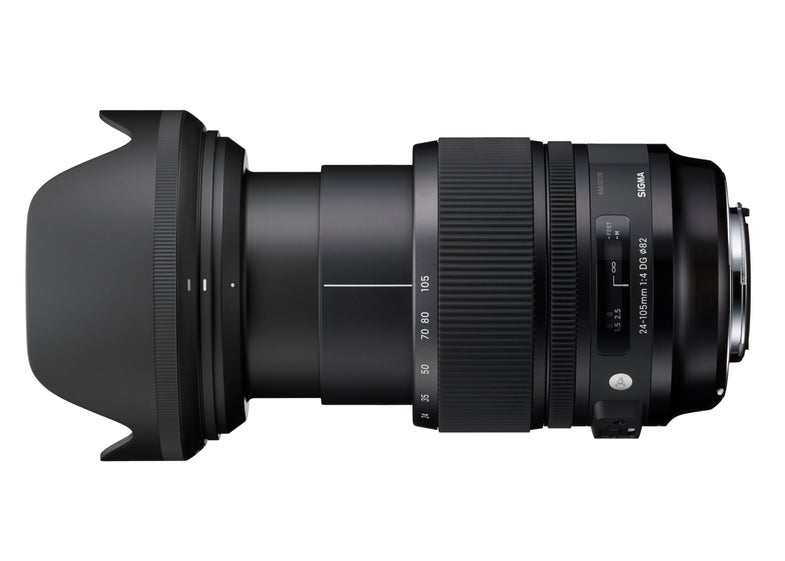 [Update 10/25/13]: Sigma has just announced that the price on this lens will be $899 and it will launch in November of 2013. That makes it a few hundred dollars cheaper than the Canon version, which is pretty much what we expected.

F/4 zoom lenses have been on the rise lately, and now Sigma is throwing their hat into the game with the 24-105 F/4 DG OS HSM zoom lens.

It should be a familiar focal range for Canon users, because they also offer a 24-105 F/4L as their kit lens with full-frame DSLRs. The Sigma version has 19 elements in 14 groups and has a massive front filter size of 82mm. It focuses as close as 17.7-inches and weighs 31.2 oz—very nearly two full pounds.

The 24-105mm has both SLD and FLD elements for optical performance, and it has built in Optical Stabilization.

The full press release is below, but it doesn’t mention the pricing that will be applied. It will be interesting to see if it has an advantage over the Canon version or the Nikon 24-120mm lens. With the excellent run Sigma has been on with their Art Series lenses, it wouldn’t surprise us.

(www.sigmaphoto.com), a leading researcher, developer, manufacturer and service provider of

some of the world’s most impressive lines of lenses, cameras and flashes, today announced its

True to its categorization as a Sigma Art lens, the new 24-105mm F4 DG OS HSM is designed

range from wide to medium tele with an inner focusing system that eliminates front lens rotation,

enhancing the lens stability and allowing the use of circular polarizing filters. It also boasts a

to compensate for camera shake. Moreover, it was designed to surpass the required quality

“For many years, Sigma users have been seeking a standard zoom lens in this range,” said

products with the highest image quality.”

ratio that will maintain optimal integrity for many kinds of photography, including landscapes,

architecture, portraiture and still-life. With a minimum focusing distance of 45cm and a

maximum magnification ratio of 1:4.6, this lens is also excellent for close-up photography.

High-performance glass elements, including SLD, FLD, which is equal to fluorite, and glass-

and can achieve superior image quality throughout the zoom range. Unlike lenses with similar

specifications, this lens overcomes low peripheral brightness. Although it is designed for full