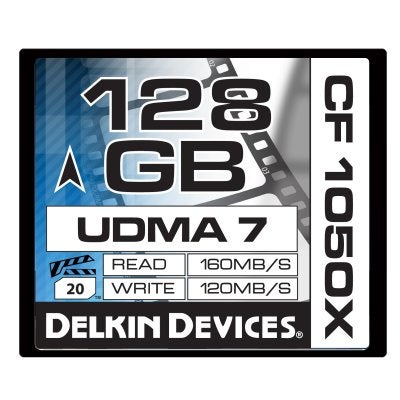 The cards are capable of 120MB/s write and 160MB/s read speeds, with UDMA 7 support, and VPG (Video Performance Guarantee) profiling. According to Delkin, the cards are designed to keep speeds above 100MB/s so as not to drop frames from high capacity filming: