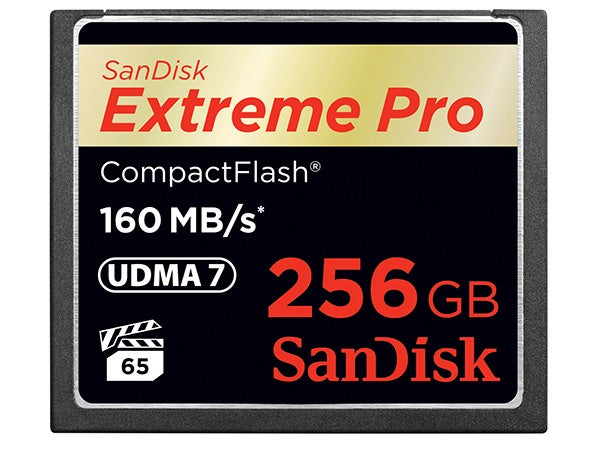 The card offers minimum sustained write speeds of up to 65MB/s, which are apparently optimized to capture 4K and Full HD video, as well as 160MB/s read speeds, and maximum of 140MB/s writing.

This card is rated for temperatures from -13ºF (-25ºC) to 185ºF (85ºC), if you’re shooting in extreme conditions. It also features RTV silicone coating inside the card for extra shock protection.

Accompanying the announcement of the new card, SanDisk has boosted the speed of its other SanDisk Extreme Pro CompactFlash cards. Now the 16GB to 128GB versions will also have read speeds of up to 160MB/s and write speeds of up to 150MB/s, as well as the same VPG as the 256GB card.