The Rise of the F/4 Zoom Lens 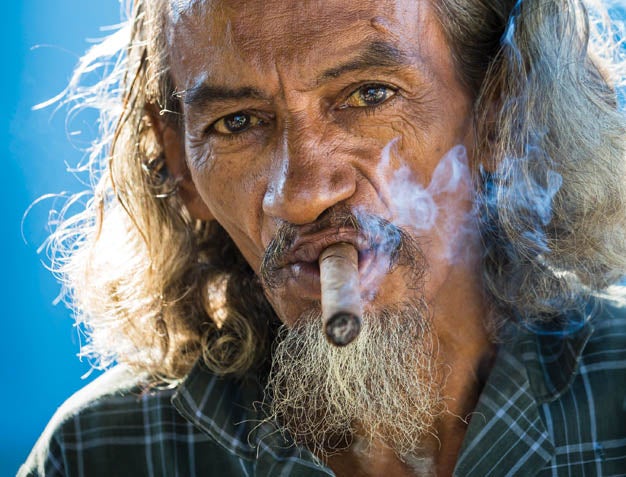 Somewhere between the consumer’s variable-aperture kit lens and the pro’s constant-aperture f/2.8 monster reigns the light and compact f/4 zoom. New models are coming on the market, and photographers—professionals and amateurs alike—are flocking to them. Why now?

Call it the Happy Median. The constant-aperture f/4 zoom represents a perfect balance between big, heavy, and expensive f/2.8 glass designed for professional photographers and lighter, more compact, and affordable variable-aperture lenses for casual shooters. So it’s no surprise that the just-right f/4 is winning a steady stream of converts from both camps. More than a dozen models in several focal ranges are made by Canon, Nikon, Panasonic, Pentax, and Tokina for DSLRs and Micro Four Thirds interchangeable-lens compacts; Sigma makes an f/3.5 zoom that offers similar benefits.

We spoke with a handful of pros for whom f/4s have become essential, go-to glass. Their reasons prove nearly identical: These lenses provide attractive features at a reasonable price, and because of improvements in camera technology, they can make better pictures than ever before.

The constant aperture appeals to still shooters, and to a burgeoning number of photographers shooting video, too. Since video shooters prefer smaller apertures for more depth of field and easier focusing, they rarely need f/2.8. They also love the image quality and utility of the constant aperture without the bulk of the f/2.8. We expect the number of f/4 video fans to grow.

This pioneer has since been joined by plenty of others, from wide-angles to longer telephotos. In June, Kenko Tokina announced a new 12–28mm f/4 Tokina AT-X lens for DSLRs with APS-C-sized sensors.

Perhaps the standout attraction of the f/4 class for all the photographers we interviewed is its better handling relative to the much bulkier f/2.8s. Richard Bernabe, the landscape specialist who used f/4 zooms for several of the images in “The Blur Method”, shoots with f/4s almost exclusively. “If you do a lot of backpacking and hiking like I do, weight is a concern. Canon’s EF 17–40mm f/4L is significantly lighter and almost half the price of its EF 16–35mm f/2.8L II. And it takes 77mm filters which are considerably smaller and less expensive than the f/2.8’s 82mm filters,” he says.

R. Ian Lloyd, the Sydney, Australia-based travel photographer likes f/4s because “their smaller proportions mean I can bring three lenses, two bodies, a laptop, iPad, and extra batteries all in a bag that fits in an overhead bin, and doesn’t strain my back when I have long days of shooting and walking.”

Lloyd uses f/2.8s only when he’s in the studio or needs the bokeh of a larger aperture, but that’s rare. Even when he’s shooting with an f/2.8 lens, he says, “I usually stop down to f/4 for the extra depth of field it provides to compensate for subject movement after focusing.” Likewise, Adam Elmakias, the San Diego-based rock-and-roll shooter whose concert image appears above, is grateful for the f/4 handling convenience. “If I’m shooting a full day with the Canon EF 70–200mm f/2.8L IS II, I’m prone to injuring my wrist, and usually end up wearing a brace,” he says. “Whenever possible, I go with the Canon EF 70–200mm f/4L IS.”

Performance Stands Up
As proven in the Popular Photography Test Lab, the f/4’s handling bonuses come at very little cost to optical quality. These lenses typically employ the same ultra-low dispersion glass and aspheric elements as the more expensive f/2.8 lenses, and as a result, their imaging characteristics are on par.

For instance, Canon’s stabilized 70–200mm f/4L ($1,349, street) was significantly sharper at 200mm in our optical bench tests than was the stabilized 70–200mm f/2.8L ($2,500, street). In our distortion control, maximum subject magnification, and image-stabilization tests, results for the two lenses were very close. (Oddly, the comparable Nikon zoom pair logged the opposite results: The f/2.8 lens was sharper at 200mm, while the f/4 zoom carried the day at 70mm and 135mm.)

Another plus? Like those popular 70–200mm zooms, many f/4 lenses boast on-board image stabilization. This makes them a great favorite of still photographers, but especially of videographers. Jimmy Chin, an adventure sports photo and video shooter relies on that IS. After all, it’s hard to hold a camera steady when you’re dangling from a cliff. These days, he often turns to Canon’s EF 24–105mm f/4L IS USM. “That lens has incredible stabilization,” he says. “It’s great when I have to shoot handheld, especially for video.”

Unchanging Exposure
Many of our pros also applaud the f/4’s constant aperture. Compared with the variable-aperture zooms typically sold in kits with DSLRs and ILCs, the constant maximum aperture of f/4 means that zooming in or out has no effect on exposure. In some circumstances, such as shooting in manual mode with non-TTL studio lighting, this can be crucial because variable-aperture glass would progressively underexpose as it’s zoomed out.

Also, an f/4 zoom lets you set an exact aperture at the tele end, impossible with variable-aperture glass. “I hate when apertures change as I zoom,” says Elmakias. “Zoom settings shouldn’t change the amount of light I’m getting. It would add a whole other level of things to worry about, and I don’t really have the time for that.”

Variable-aperture shooting can also present problems in auto-exposure modes. In aperture-priority, for example, if you set a maximum aperture and then zoom longer, the aperture will become smaller and the camera will compensate by changing to a slower shutter speed—possibly too slow for your purposes.

Other variable-aperture zoom characteristics make the f/4 class look, well, more classy. Consumer zooms usually aren’t as ruggedly constructed or protected from the elements as the f/4 zooms are. Zoomed longer, they produce a dimmer image in a DSLR’s viewfinder, which can affect your ability to compose and to focus manually. It can also slow down autofocus, for which f/5.6 is the threshold for operation in many cameras, especially in low light. If you’re shooting with an f/4.5–6.3 zoom, this alone would be reason to upgrade to f/4.

Two good examples: Canon’s EF 24–105mm f/4L IS USM and Nikon’s comparable 24–120mm f/4G AF-S ED VR. Neither manufacturer offers f/2.8 glass that reaches as satisfyingly wide and deep into the portrait-perfect telephoto range as do these two. For many photographers, there’s a significant difference between a standard-range zoom that signs off at 105mm or 120mm, and one that finishes at a scant 70mm.

[Steve Landeros](http://www.steve// landerosphotography.com), a Petaluma, CA,-based fine-art shooter is one of those photographers. “Canon’s 24–105mm was my first f/4,” he says. “It’s basically a kit lens for high-end cameras, with excellent build quality.

It has a surprising zoom range and a great price [$1,150, street], considering you can get a true wide angle at one end and decent reach at the other. On a cropped body, it’s a very decent reach. If you’re looking for one lens that can do everything, it would be this one.”

Another unique f/4 zoom option: Long telephotos. Canon’s newly announced EF 200–400mm f/4L IS USM, with its built-in 1.4X converter, joins its Nikon counterpart, the 200–400mm f/4G AF-S Zoom-Nikkor ED VR II. Streeting for $11,799 and $6,750, respectively, these can be called “favorably priced” only when you figure in the number of lenses they replace. Nevertheless, had either of these sports-perfect zooms been produced in f/2.8 versions, the resulting bulk and greater expense would have put them out of reach of many photographers (witness Sigma’s $26,000, 34.5-pound 200–500mm f/2.8 APO EX DG IF). We often see these f/4 tele zooms along the sidelines, by the way, and they’re usually handheld.

The Time is Now
A number of factors make this the f/4’s moment to shine. With each advance in image quality that today’s DSLRs make at ever higher ISOs, the attraction of f/2.8 takes a hit. Improved image stabilization systems similarly undercut the low-light advantage of that bigger maximum aperture. Because photographers can now reap clean images in low light at f/4 and ISO 1600 (and beyond), many are making an end run around f/2.8 to f/4 and saving hundreds of dollars in the process.

“The need for a fast f/2.8-type lens in low light is much less now with newer cameras like the Canon EOS 5D Mark III,” says travel specialist Ian Lloyd. “These cameras have better sensitivity with less noise at high ISOs. With that, plus stabilization, my need for fast lenses when traveling has become almost nonexistent.”

Says Piscataway, NJ-based sports shooter Ron Wyatt (www.ronwyattphotos.com), “If I’m shooting mainly night sports where every stop of light counts, I might go with an f/2.8 because it means I could keep ISOs below 800 and get clean images. If I’m shooting with a Canon EOS 5D Mark III or a Nikon D600, though, I might go with f/4s. Both bodies let me bump up to ISO 1200, 1600, even 2000 without losing any image quality, but saving myself a bunch of money and physical discomfort.”

The potential audience for this category of glass is likely to keep on growing. The introduction of favorably priced full-frame DSLRs such as the Canon EOS 6D ($1,899, street) and Nikon D600 ($2,097, street) produces a new pool of serious shooters drawn to the relatively economical f/4 wide- and standard-type zooms. It’s no coincidence that a common kit zoom for the Canon 6D is an f/4: the stabilized, ruggedly built and very popular Canon EF 24–105mm f/4L.

Another target audience: women. “I think the increasing numbers of women [photographers] has added to the appeal of the f/4 lens category,” says Rudy Winston, a technical information advisor for Canon. “Size and weight are two things we always hear about at [trade] shows from our serious female customers.”

The f/4 will never fully replace the beloved f/2.8 zoom, with its ability to grab that extra bit of light or super-shallow focus. But if you’re looking for a top-notch zoom for travel, portraits, sports, landscapes—any situation where size and speed both matter—the f/4 is your new best friend.