This IndieGoGo campaign would put a small, digital sensor into 35mm film SLRs 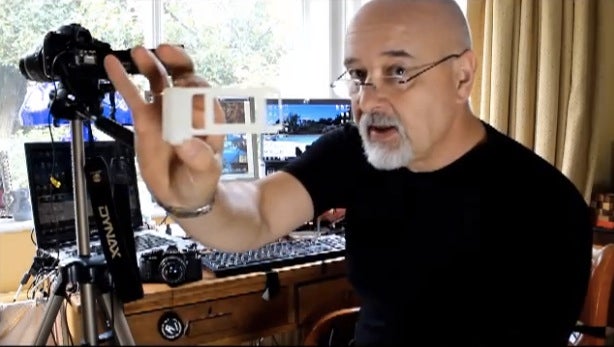 “Digital film” has long been something of a holy grail for photographers. A digital sensor that mimics the size and shape of a film cannister, so it could easily slip into most analog cameras, would mean giving new life to old gear. And now, for the first time, it looks like someone’s actually managed to do it — and it’s called the DigiPod.

This isn’t the first time we’ve seen concepts like this. More than a decade ago, a company called Silicon Film Technologies attempted it, but never managed to ship a product. There’s also the RE 35 April Fools Joke that’s been doing the rounds for a while. But in this case, developer James Jackson seems to have a pretty concrete setup, with a working prototype and all.

With the DigiPod, it’s a small sensor placed in a 3D printed housing that mirrors the size and shape of a 35mm roll of film. Jackson’s prototype right now is just a 1/2.5-inch sensor, but he’s promising that if it gets fully funded with 1000 backers, it’ll jump to a 2/3-inch version. At 2000 backers, he’s planning a 1-inch sensor, and at 5,000 a 4/3rds sensor. If you want in, a DigiPod will start at £299, and we assume if the larger ones get made, they’ll cost more.

We’re incredibly hopeful for what the DigiPod might be able to do — but there are still a lot of potential questions. Jackson explains that the pod will let you set the ISO/ASA when you insert it, and you can account for different shutter types, too. But there’s still a lot left unanswered. Getting the focal plane perfectly in place is potentially difficult, and not ever camera has the same amount of distance from the spool to where light hits the film. Also, how does the sensor distinguish between shots — is it constantly powered up? And with such a small sensor, the focal length and DOF of your old lenses are going to be remarkably different. And frankly, we’d like to see a few more photos taken with the thing.

That said, even with all these questions, we really hope that Jackson gets funded. If he gets that money, and the project comes to fruition, it could mean new life for that Nikon F you picked up at that yard sale and never got around to using.