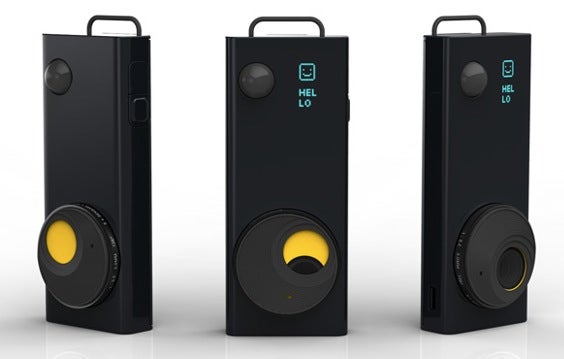 Last year we heard about Autographer, a wearable camera that uses data from its five sensors to decide when to capture images to document your life minute-to-minute. Now the device is finally all but available, and users in Europe will be able to pick them up from tomorrow (but we’re not sure when they’re landing in the USA).

The Autographer is a small camera that hangs around your neck (or you attach to your belt, pocket, or anywhere else), and over the course of your day captures 5-megapixel images through a fixed-focus 136-degree lens. While you can set the overall frequency of how often the Autographer captures images, the camera itself is the final arbiter, using information from its color, temperature, magnetometer, motion and acceleration sensors to figure out the best time to snap an image.

According to Engadget, the Autographer has an impressive battery life, and will capture at least 12 days of footage onto internal storage — but they were less than impressed by the images themselves. Apparently the Autographer frequently captured blurred images due to motion, often missed exciting events, and has a mediocre dynamic range. In other words, it’s pretty much what you’d expect from a low-end digital camera — but one going for £400 due to its ability to link to your smartphone, and being packed with extra sensors.

We’re not sure when the Autographer is meant to hit American shores, but we’re interested to see who jumps on board with the concept of tracking your life at all times.