The X-series has a new little sibling 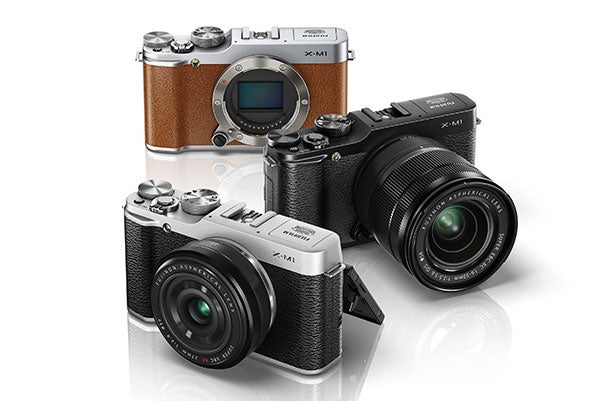 To say that the X-series has been a success for Fujifilm would be an understatement. They’re continuing to show their support for the system with a new body in the form of the X-M1.

Inside the X-M1 are many of the same guts found in the X-E1 and the X-Pro1 including the 16.3-megapixel APS-C X-Trans CMOS sensor. However, the X-M1 is without an eye-level viewfinder, instead relying on a tilting 3-inch LCD screen.

Because it lacks the eye-level finder, the X-M1 is a little smaller than its siblings, checking in at 4.6″ x 2.6″ x 1.5″ in width, height, and depth, respectively. It still maintains the built-in flash and now includes a built-in WiFi connection, allowing it to upload photos directly to the web or to a mobile device.

In addition to the body, Fujfilm is also announcing their new XF27MM F/2.8 Compact prime lens. The 27mm focal length gives it an equivalent field of view of 41mm on a full-frame camera.

The focus is clearly on compactness, giving it an overall weight of just 2.75-ounces. It has seven elements in five groups, and a seven blade round diaphragm. Unlike other X-series lenses, however, it doesn’t have an aperture ring, instead relying on the camera’s command dial for adjustment.

Overall, both seem like solid additions to the line-up. The finder will be missed by some, but an entry-level option is likely a good way to get users into the system.