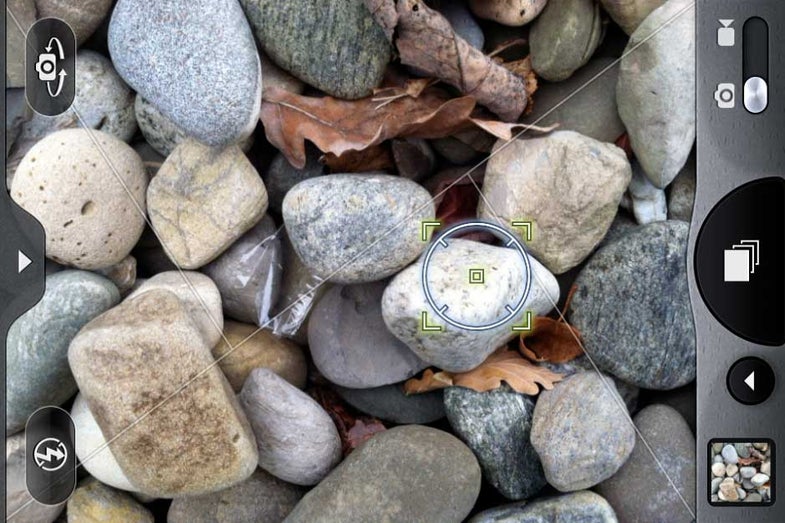 Just this morning, our friends at Gizmodo published a story about features they’d like to see in smartphone cameras in the coming year. There are some useful suggestions, but RAW capture sounds a lot better on paper than it does in practice.

Sometimes, the images that come out of smartphone cameras can be really good. So good, in fact, that we forget how limited the hardware actually is. A good deal of processing has to go into correcting things like noise and distortion to make them presentable.

The first real problem is the lens. That tiny glass lens has an ultra-wide field of view, making it prone to distortion and vignetting that needs to be corrected. Since it doesn’t zoom, device manufacturers can apply those corrections across the board. It’s like applying a lens profile in Lightroom or ACR. Without it, you might be surprised by how different the image will look. Different in a bad way.

Next comes the noise. By now, you’ve had it beaten into your head that smaller sensors mean noisier images. They don’t get much smaller than smartphone sensors. Without noise-reduction applied, things would likely be unacceptably grainy.

Of course, both of things could easily be applied in post, but speed and sharing is a big part of what makes shooting with a smartphone so rewarding. Having to do extensive editing just to make it look like a photo from a modern camera ruins that a bit.

Then there’s the matter of file format. In an ideal world, smartphone cameras would use DNG for their RAW files. That way, they would be universally compatible with image editing software like Lightroom. But, when have smartphone companies ever been eager to maximize compatibility? Oh, and then there’s that whole spat between Apple and Adobe. Likely, you’d end up with RAW files you couldn’t edit easily. And all those apps you’re used to using with your photos? They’d likely be put out of commission. Cloud photo storage sites would also probably be out of the question for a while.

File size would be a problem, too. If you’re working with an 8 MP sensor as many smartphones do, you can probably expect a filesize of roughly 8 MB per image. Because most apps likely wouldn’t work with the RAW format, you’d probably have to record a JPEG image at the same time. That’s a lot of data to process, record, and store, especially if you have a 16 GB iPhone with no hope of expansion.

I’m a fan of RAW. I use it almost exclusively when I’m shooting with my DSLRs, which is most of the time. But it has a time and place, and smartphones aren’t quite ready for it just yet. Of course, I’m not one to stand in front of innovation, but hopefully when RAW comes to phones, it happens the right way. The last thing we need is more confusion and segmentation when all we really want to do is take pictures that look as good as possible.

If you’re curious, though, there are a few solutions out there that are trying to bring RAW to smartphone cameras. They’re not true RAW files, though and they’re not without their drawbacks.