Named for the famed Mamiya medium-format, this iPhone app brings major manual controls — and the closest thing to iPhone RAW you can probably get. 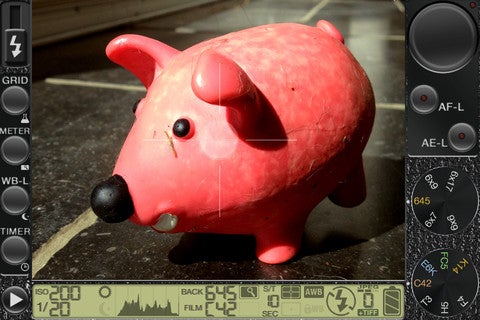 When we first started hearing about 645 PRO earlier this month, we were intrigued because it claimed to be able to shoot RAW on the iPhone — something no other application has done. The question that this prompted was if it was truly RAW, and app developers Jag.gr first explained why they were using this terminology, and then changed it to “developed RAW.” While they’ve dropped the traditional RAW nomenclature, in doing so the developers freely opened up about something we’ve never seen information on for iPhone photography before: what happens between the sensor and the final image.

It seems that iOS compresses images into JPEGs before most applications get their hands on them, meaning that often they suffer compression algorithms twice, but 645 Pro cuts this off at the pass:

Beyond this, 645 PRO does a lot of other things right that people who enjoy photography will appreciate. Things like spot metering, histograms, multiple focusing screens, white balancing, and simulated bodies, backs and films. They even produced a full manual for the app, if you really want to get your hands dirty.

We’re interested to see exactly what the images look like in dRAW format because that’s the true test.