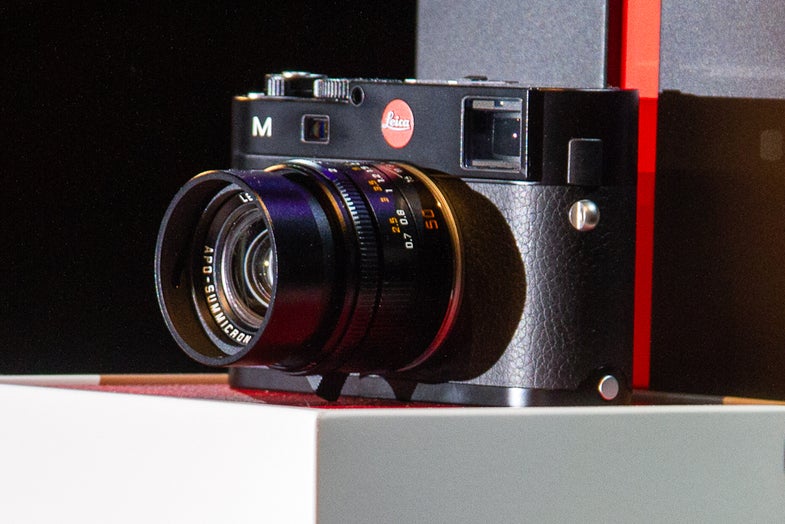 If you’re not up on Leica gear, you might be a little surprised to find out that the M9 has a CCD sensor, something that’s fairly uncommon with current digital cameras. But, with the release of the Leica M, they’re making the move to CMOS, which means Liveview and even video capture.

As part of the new model, Leica will be dropping the numbers from their new bodies, so no, this isn’t called the M10. It uses 24-megapixel, full-frame Max CMOS sensor that was designed specifically for Leica. The image processor is the Leica Maestro processor that was pinched from the insanely-high-end S-series medium format digital cameras. That means every part of the camera is designed under full control of the Leica engineers which, as you know, is exactly how they like it.

One of the most interesting new additions is that of video capture. I’m sure it surprises a lot of people to see Leica making the jump into the motion department with the M-series, but it will be interesting to see how their user-base reacts to it.

The camera’s three-inch LCD screen has a Gorilla Glass covering and the new M is now compatible with older R-series lenses, which is great for opening up the arsenal of potential glass. In addition to the traditional rangefinder focusing, you can also use Liveview, which even offers focus peaking, so if you’re bad at focusing with an RF like me, this might be a bit of a blessing.

Of course, the new M still upholds everything the old M stood for. It’s built like some kind of elegant tank that’s impossible to kill and somehow always looks good. it even has an ergonomically-formed thumb rest built into the body now. It doesn’t sound like a big deal, but holding onto a heavy rangefinder can be seriously taxing on the arms.

There’s no official word on pricing, but you can bet it won’t be cheap. In fact, it will likely be even less cheap than the $7,000 M9 that came before it.