These Are The Cameras Currently Shooting On Mars

Just what sort of glass is packed on-board the Curiosity rover? 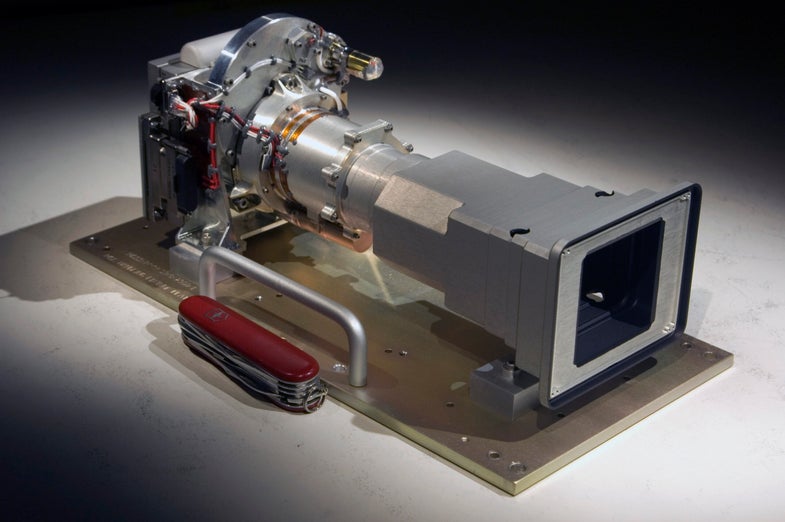 Last night, NASA successfully landed the Curiosity rover on Mars, sending back its first picture to international acclaim. We’ve seen a couple of other small images beam back, but the question all us gearheads want to know is: what cameras do they have on board? Thankfully, NASA loves to tell us this stuff.

These cameras won’t start showing their stuff until later this week. They’ll transmit color images as they have Bayer Pattern Filter CCDs, and have adjustable filters to capture different wavelengths of light:

The cameras can also capture 720p video, full 360° panoramas, and even use both lenses to capture 3D images. This information won’t be broadcast home instantly as the files are pretty large for such a long trip — the Rover has 8GB of onboard storage, and will transmit thumbnails back first, so that NASA can request the images it really wants to see.

That’s an impressive amount of hardware to be controlling across the vast gulfs of space, and the shots that have come back — as simple as they are, have touched an awful lot of people.