Jay L. Clendenin has been shooting Olympians using not just a standard DSLR, but also a 4x5 field camera and century old lens 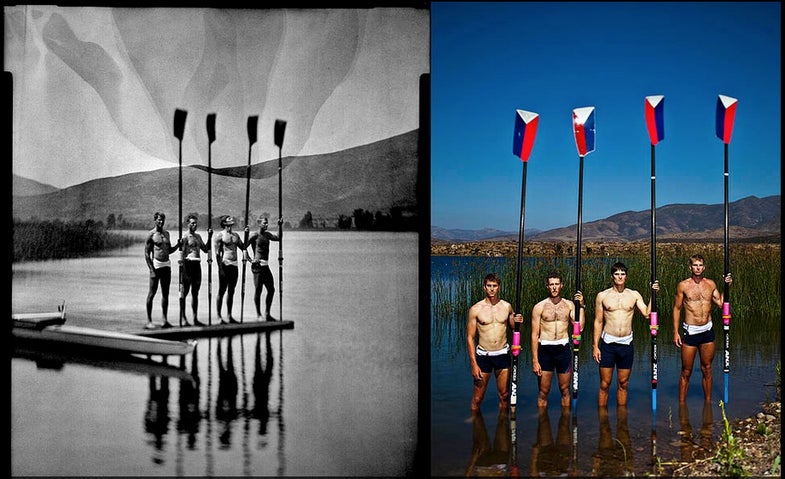 Every year the Olympics coverage seems to get more and more high-tech — we’re already in the position of using remote controlled cameras for those hard to get shots. But one photographer has gone in a totally opposite direction, using an ancient piece of gear to capture breath-taking photographs of the Olympians. The LA Times‘ Jay L. Clendenin has paired his DSLR with a “4-by-5-inch field camera and a 100-plus-year-old Petzval lens.”

Clendenin lugged the field camera around Southern California for four weeks, recording the athletes directly onto photographic paper, which he developed in a darkroom set up in his own bathroom. From there, they the paper negatives went to his scanner, allowing him to upload the images.

Of the process, Clendenin said:

You can see more of the shots that he grabbed Here. The juxtaposition between analog and digital sure makes for some stunning images.