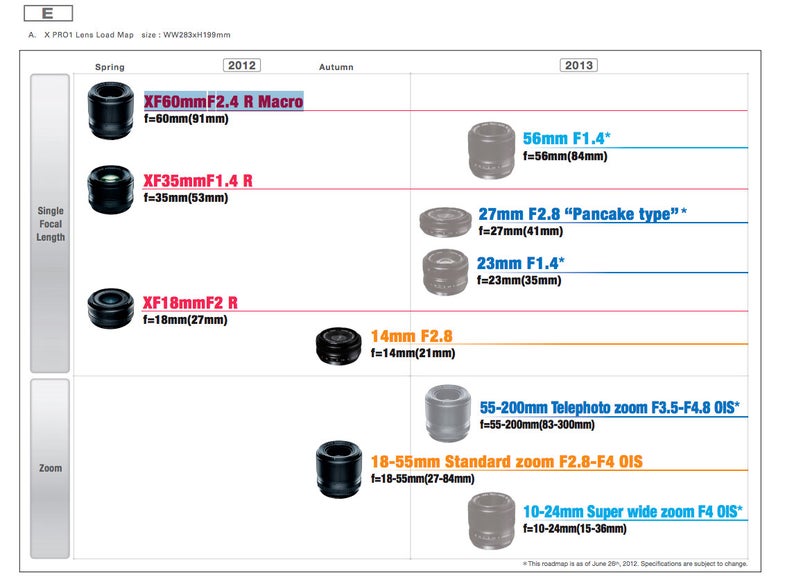 The X-Series cameras seem to be a hit for Fujifilm, including their X-Pro1 digital rangefinder. When it was first announced they promised more new lenses soon and it looks like they weren’t kidding.

In the road map released tonight, Fujifilm is promising a whole variety of new glass to be released before the end of next year. Here’s a quick breakdown of the timing:

The new lenses will use molded aperture blades that are curved to make a circular aperture for more appealing background blur, just like the existing lenses.

With all of that set to hit the shelves within a year’s time, the X-Pro1 will have a pretty robust system to lean on. There’s a whole set of fast primes, a wide zoom, a standard zoom and even a super-tele zoom). Throw in a 70-200mm F/2.8 equivalent at some point in the future and there won’t be many gaps in the line-up.

No pricing or hard release dates have yet been made available, but we’ll update you as soon as we have them. We’re looking forward to trying all of them.