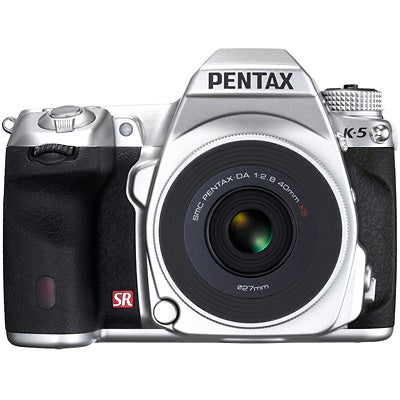 Pentax has a reputation for releasing garish variants of their SLRs, but the newest attempt is not only relatively decent looking, but also comes with a special, limited-edition lens. The Silver Pentax K-5 will only be sold through Pentax’s webstore for $1,599.95, and will ship out in April, with just 1500 sets produced.

The special lens on this kit is designed by Marc Newson, and Pentax is calling it the world’s thinnest fixed focal lenght lens for an SLR. It’s an smc PENTAX-DA 40mm f/2.8 XS.