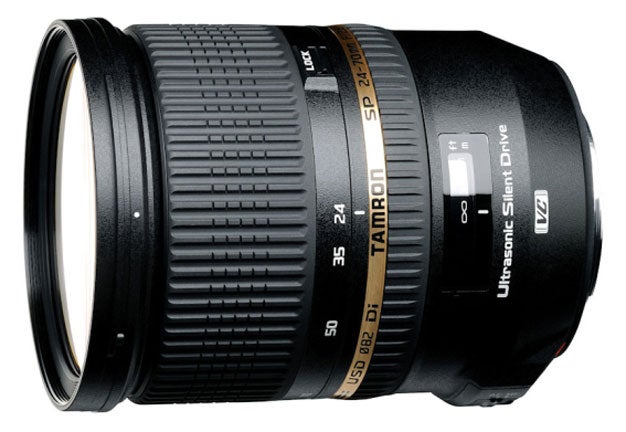 When Canon released the revamped EF 24-70mm F/2.8 II lens earlier this week, there was a lot of talk about its lack of optical IS. Tamron, however, has a new version of the standard zoom and their lens does have built-in Vibration Compensation.

Inside the barrel are 12 groups with a total of 17 elements. That’s a lot of glass and there’s a fair bit of variety between them. It includes the following assortment: Three high-grade Low Dispersion elements, three glass molded aspherical lenses, one hybrid aspherical lens, and two Extra Refractive glasses.

The outside of the body is moisture resistant and it has a minimum focus distance of 15-inches. It has a rounded 9-blade diaphragm, and an 82mm filter size like the Canon.

The internal vibration compensation tech has gotten a bump from Tamron’s previous offerings as well. By rearranging the coil and magnet that move the internal elements, they were able to reduce the overall size and weight of the lens.

There’s no pricing information available yet, but this is clearly a high-end offering from Tamron, so we’ll be interested to see where it lands when it hits shelves. We do know, however, that it will be available for Canon, Nikon, and Sony mounts. Of course, the Sony version will have leave out the IS since their SLRs have built-in SteadyShot already inside. Typically, that doesn’t make the lenses any cheaper, though, so we’ll also be interested to see if that changes here.