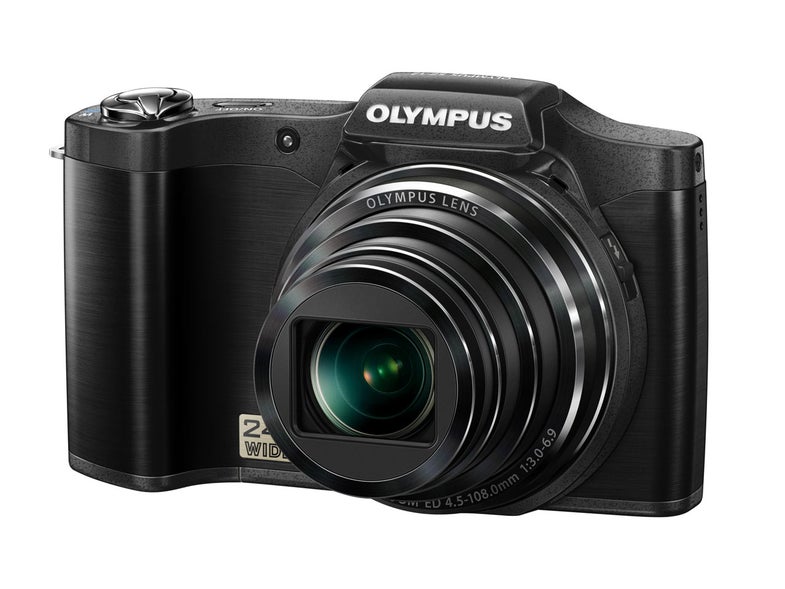 In addition to a new tough cam, Olympus has another four compact cameras to show off at this year’s CES, including two superzooms and two slightly more standard compact cameras.

By far the most intriguing is the Olympus SZ-12 (above), which packs a whopping 24x zoom into a body small enough to fit into a coat pocket. That’s a 25-600mm equivalent lens, with a maximum aperture of f/3.0. The camera captures 14-megapixel images, and features of optical image stabilization, and seven frames per second high speed capture. While the aperture range might be less than stellar, under good lighting conditions you can imagine this thing performing pretty well. The SZ-12 is set to be available in March for $199.99 in black, red, or silver.

For those with slightly bigger pockets (but not necessarily pocket books), the Olympus SP-620UZ is a substantially larger camera, with a slightly less long lens — 25-525mm. Set to be available in January for $199.99, the camera shoots 16-megapixel images, and 1280×720 video, with image stabilization for both stills and movies. It has a maximum aperture of just f/3.1-f/5.8, but can capture 3D images thanks to Olympus’ 3D image capture tool.

Finally, for those looking to spend less than a Benjamin on their next digital camera, comes the Olympus VG-160, priced at a pocket-pleasing $99.99. Set to launch in February in silver, black, red and orange, it has a 26-130mm equivalent lens, and is less than 2cm thick. With 14-megapixel images and 1280×720 video, it might not break any records, but is the perfect size to take out with you on a night on the town.