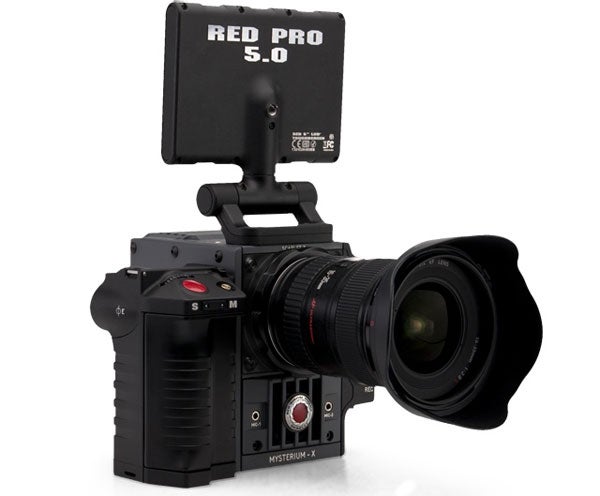 When the RED Scarlet was introduced as a concept back in the olden days of 2008, it was a much different animal. It was supposed to be a video camera with a 2/3-inch sensor that shot 3K (which falls between 1080p and 4K on the resolution scale) footage for about $3,000. But yesterday, in direct conflict with Canon’s big EOS Cinema C300 announcement, they went official with a $10,000 camera packed with some serious movie-making horsepower.

There are other frame rates available if you don’t need the ultra-high resolution, including 60 fps at 2K and 120 fps at 1K. It’s a full-frame sensor, so lenses will look just as they should, even if you get those new Canon ones when they come out.

You’ll see some reports saying that it starts at just under $10,000, which is true, but only if you’re just buying the brain. If you want to actually, you know, shoot anything, you’re going to need some accessories, which means you’ll likely end up somewhere in the $15,000 range before you get to the glass.

Sure, it’s expensive and meant for professional movie makers, but yesterday was an undeniably interesting step forward for movie-making in general. There’s also no doubt that this stuff will be working its way into more traditional DSLRs in the future, so it’s worth taking notice of right now.

It will be interesting to see how the Scarlet does compared to the new offering from Canon. From a brute force data-capture standpoint, the Scarlet wins by a longshot. It’s also cheaper. But, the battle is never decided on paper.

You can pre-order a Scarlet-X now, but they don’t start shipping until next month.