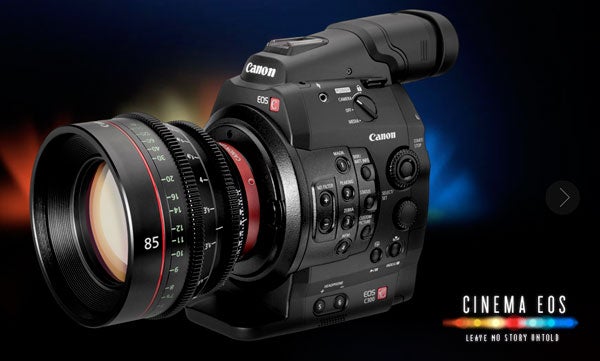 The camera itself doesn’t look unlike some medium-format digital cameras out there. It’s centered around a new full-frame CMOS sensor that’s capable of grabbing 4K footage at an extremely high bit rate. Canon is really touting the low-light capabilities of this camera, which isn’t surprising in light of the low-light upgrades found in their new 1D X pro DSLR.

They’ve also announced that they’re developing a more traditional DSLR as a follow up to the 5D Mark II that will grab 4K video as well.

While we don’t usually mess much with movie cameras, we would certainly love to play with this thing. If nothing else, we’ll give the lenses a spin, as they’ll work on current EOS bodies. The C300 will start shipping in January 2012 for $20,000, which sounds like a lot. But, in the land of Hollywood-grade movie cameras, it’s actually kind of a deal.

Get full info at the official site