A versatile piece of glass. 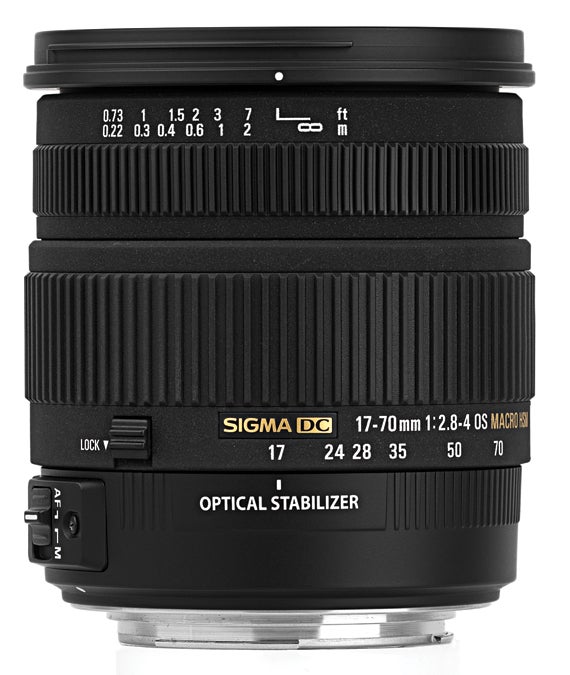 A 27–112mm equivalent on most cameras that have APS-C sized sensors, this is among the few lenses that give Sony and Pentax shooters their choice of image stabilization systems: lens- or sensor-based.

It’s lighter than most f/2.8 lenses and also casts no shadow when used with our Canon EOS 50D test camera’s built-in flash.

Our optical-bench tests in the Pop Photo Lab found sharpness and contrast in the Excellent range at all tested focal lengths. Pentax’s comparable 17–70mm f/4 DA AL SDM (not designated a macro) yielded similar results, but with slightly better numbers at 35mm.

In our DxO Analyzer 3.2 tests, the new Sigma showed good distortion control, again similar to the Pentax. In the Sigma’s macro mode at 70mm, distortion was Imperceptible.

Subject magnification topped out at 1:2.2 at 70mm—less magnifying power than the earlier, nonstabilized version’s 1:1.9 maximum. In fact, on every optical parameter we test, the new lens performed not quite as well as its predecessor.

But what you gain with this update is a great stabilization system. In our tests, three users got sharp images at shutter speeds 2 to 4 stops slower with OS engaged—no lensmaker has produced more.

For this everyday utility zoom, Sigma made slight sacrifices in order to incorporate image stabilization—a small price to pay for up to 4 extra stops of handhold ability. With a useful focal length range, high speed for stopping action, stabilization for low light, and 1:2.2 subject magnification for close-ups, this is one very versatile piece of glass.