Its true forte is its close-focusing and magnifying power: 1:4.1. 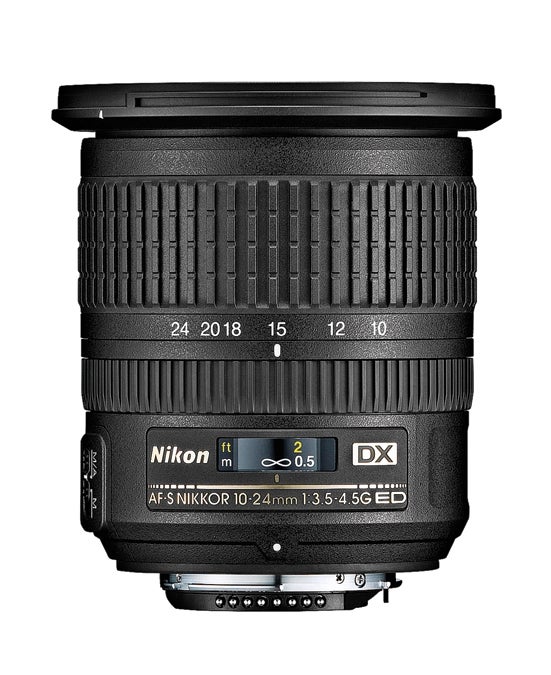 The internal-focusing Nikkor is the company’s widest DX zoom, with a 2.4X range that scales up to the full-frame equivalent of 15-36mm on Nikon DX bodies. Extra-low Dispersion (ED) elements combat chromatic aberration, and aspheric elements fight linear distortion.

Solid feeling at slightly over 1 pound, the lens is large enough to cast a shadow when used with a built-in flash at most focal lengths and focusing distances. Its handling is nearly flawless, with perfectly damped zoom and manual-focusing actions, and extremely rapid and quiet autofocus.

Though control of distortion and edge falloff (tested with DxO Analyzer 3.0.2) is strong by historic standards, its performance is average for today’s digital ultrawides. Its Visible barrel distortion at 10mm (0.43%), for example, is similar to the Sigma we also tested, but significantly below the outstanding performance of the Tamron, which showed Slight (0.26%) barreling. (The Tamron also produced no measurable vignetting at two of three tested focal lengths.)

It wasn’t until we tested its close-up capabilities that we found this Nikkor’s true forte. With an amazing 1:4.1 subject magnification power, it’s nearly in macro range-significant, since one of the traditional uses of the ultrawide lens is playing large, close-in foreground subjects against distant backgrounds. This zoom lets such subjects loom even larger, and for such visually exciting perspective studies, it has few competitors. (That’s why we gave it a POP Award this year).