The new UFZ100 makes charging up easier than ever. 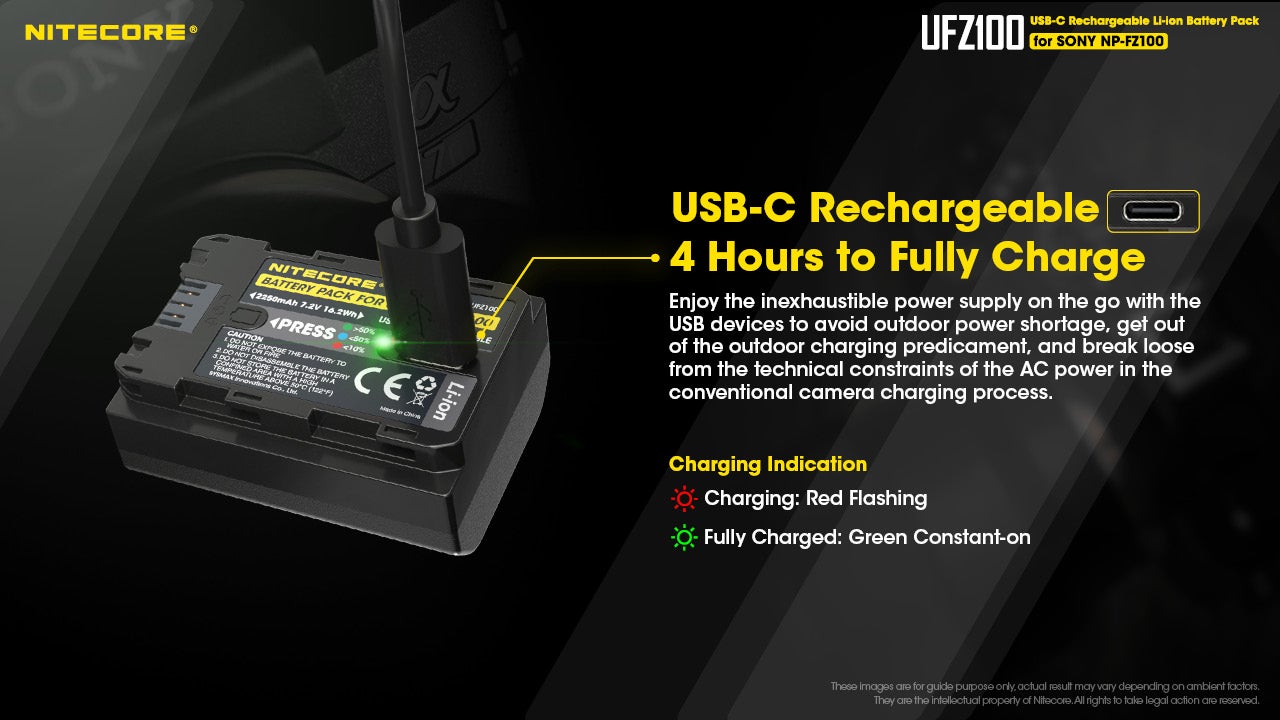 Kiss the clunky, power-outlet-dependent battery chargers of old goodbye. With Nitecore’s newest Sony addition, photographers will be able to charge their batteries on the go. The UFZ100, which is compatible with cameras including the flagship A1, A7, and A9, features a USB-C port on its back. With a few cables and power banks, this simple accessory stands to make charging (or topping off) a whole lot more convenient. And it’s about time.

Of course, the USB-C port is the star. Nitecore’s own lab tests with a Sony A9 saw the battery charge up in four hours and will last a photographer about 500 still photos in manual mode.

In addition to the USB-C port, the backside has a light that flashes different colors to indicate power levels. Steady green means the power pack is fully juiced; blue means it’s at less than 50 percent; and red means less than 10 percent. While it charges, the battery will flash a red light. To us,  this is also a stellar addition—no more decoding the flashing of a single colored light like morse code.

Additionally, the UFZ100 has a power balance circuit to help maximize the battery’s lifespan by balancing each cell’s working status. There are also safeguards against overcharging, over-discharging, over voltage, overcurrent, and short circuit. That goes to say, even the camera neophyte is in good hands.

How it compares to the Sony NP-FZ100

Where to buy the Nitecore UFZ100

Currently, the company has not listed a price for the battery on their website, and it has yet to make it available on sites like Amazon and Adorama. Keep tabs on the company’s website for updates.