The new DJI Mini 3 Pro is much improved over its predecessor and easily the best sub-250 gram drone around. We're just not sure it's worthy of the 'Pro' label. 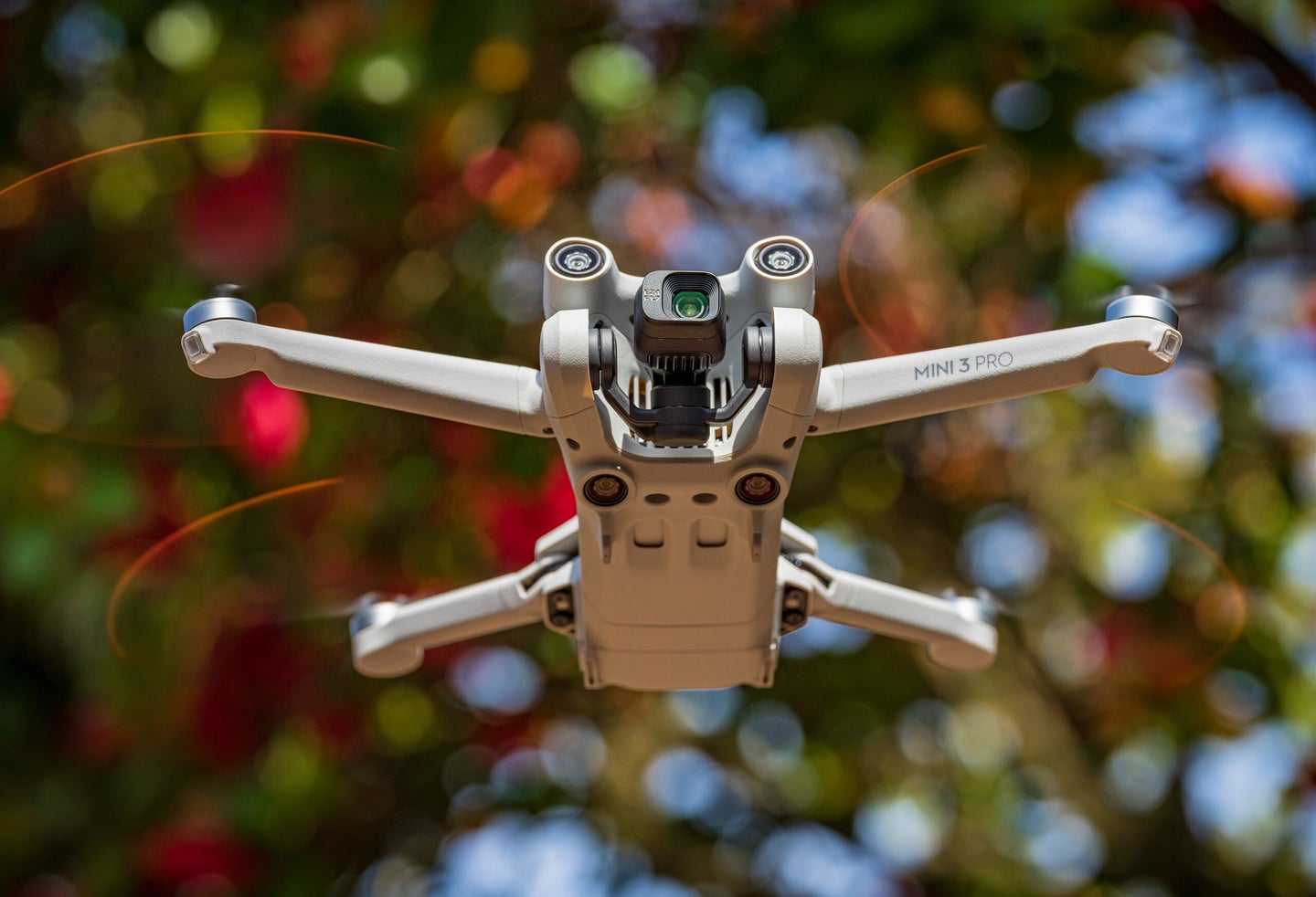 Always on the lookout for obstacles, the Mini 3 Pro has three sets of binocular optical sensors that scan forward, behind and beneath the drone. Mason Marsh
SHARE

The sub-250 gram drone market is flooded with flying toys, but today’s launch of the DJI Mini 3 Pro is giving us a travel-friendly aerial marvel with 3-way obstacle avoidance, a bigger and brighter camera, and a flight time beyond 40 minutes. The Mini 3 Pro punches well above its weight class with some seriously impressive performance and a few clever tricks. In our tests, we found the tiny drone’s endurance, versatility, and image quality a strong step up from the Mini 2, but whether or not it deserves the “Pro” label is up in the air.

Folded, the Mini 3 Pro is about the size of a soda can, but despite its diminutive footprint the drone sports six binocular optical sensors that can identify obstacles in front of, behind, and below the aircraft. Feeding the Advanced Pilot Assistance System (APAS 4.0), the sensors allow pilots an almost worry-free flight experience with obstacle avoidance on par with DJI’s larger and pricier drones.

Small drones typically have dismal flight times thanks to their tiny batteries, but the Mini 3 Pro breaks the 30-minute barrier with the stock battery pack. A new, larger “Plus” battery, (not available in all countries), pushes endurance past 40 minutes but nudges the drone above the 249-gram weight limit.

The Mini 3 Pro’s camera is brighter than its predecessor and can produce still images with four times the resolution, and the gimbal that holds it can now pivot the camera 90 degrees into portrait mode which allows for vertical videos without cropping.

With the Mini 3 Pro, DJI is introducing a new controller as an option to the stock RC-N1 controller. The DJI RC is an all-in-one unit with a 5-inch screen shining at 700 nits.

Related: The best drone for beginners

In the United States, the FAA requires that drones 250 grams and heavier be registered for recreational flight. Sub-250 gram drones are exempt from registration rules as research has shown that the tiny drones pose far less safety risk to people on the ground. Many countries restrict drone use for drones over 250 grams. You’ll need to do some homework before you fly in other countries, but as a general rule, drones under 250 grams enjoy a greater measure of freedom. It’s worth noting that any accessories, such as prop guards or the Plus batteries, push the Mini 3 Pro above the 250-gram mark.

Along with the regulatory freedom the Mini 3 Pro enjoys, the drone’s compact size, relatively quiet motors and props, and svelte weight make it a great choice for ultralight travelers and those looking to drone on as unobtrusively as possible.

For a featherweight drone, the Mini 3 Pro is remarkably agile in the air. In calm air, it launches, flies, and hovers with the assuredness of a larger drone. When the breezes kick in, the little drone does buffet, but the GPS-based control system does an admirable job keeping it steady. DJI claims the Mini 3 Pro can endure for 34 minutes and 47 minutes with the two battery types, but our real-world tests brought less enthusiastic, but still impressive, times. In our numerous flights, the stock battery gave just over 30 minutes of normal flying. Outfitted with the Plus battery, it lingered aloft for about 40 minutes.

We enjoyed almost flawless obstacle avoidance with only one instance where the sensors failed to detect tree branches. With larger obstacles in good light, the APAS 4.0 system functions perfectly, guiding the drone around trees and structures smoothly. The small drone and controller maintain a solid radio link in busy environments, and the 1080p live view from the drone never froze—the controller’s solid radio link was confidence-inspiring. One challenge we noticed with the Mini 3 Pro is its visibility. Maintaining visual contact was difficult due to its small size and light grey color, something you should consider when flying in crowded places and on sunny days.

The Mini 3 Pro features a new camera that can capture up to 48-megapixel Raw still images with a 24mm F/1.7 lens in front of a fairly small 1/1.3-inch CMOS sensor. The fixed F/1.7 aperture is over twice as bright as the Mini 2’s F/2.8 lens, which translates into better low-light performance. The 48MP DNG images the camera produces are exclusive to a single-shot mode that combines multiple frames to quadruple the native resolution and increase dynamic range. In the standard, bracketed, burst, timed, and panorama modes, the camera produces 12MP Raw + JPEG files. Native image quality isn’t spectacular given the small sensor and optics involved, but the improved dynamic range and fidelity of the camera are far beyond other drones in this class.

In a clever move that improves the Mini 3 Pro camera’s utility, the gimbal is mounted at the very front of the aircraft allowing for an upward tilt of 60 degrees, a whopping 25 degrees more than the Mini 2 and at least 20 degrees more than any other DJI consumer drone. Combined with the pivot function that allows for vertical shooting, the Mini 3 Pro can capture unique perspectives not possible with previous drones.

The Mini 3 Pro is controlled via the DJI Fly app, and like its larger siblings, it can leverage its optical sensors to perform a number of autonomous flight video modes including Intelligent Return To Home, Mastershots, Quickshots, Hyperlapse, Spotlight 2.0, and POI 3.0. In a big step up from the Mini 2, the Mini 3 Pro can also track subjects from behind or from the side using Active Track 4.0 making those epic selfie action shots easier than ever.

DJI has opted to make the new Mini 3 Pro available in a variety of kits depending on the controller (or lack of) buyers desire:

Instead of including the drone in the Fly More Combos of the past, DJI is offering up two Fly More kits based on the two different batteries available in most countries. Each kit consists of two batteries, a charging hub, two sets of spare props, and a clever shoulder bag that can hold the drone, controller, and up to three batteries.

Buyers can pre-order the Mini 3 Pro and Fly More kits now, but DJI is hoping to avoid supply chain headaches by holding shipments until they have sufficient supply to meet pre-order demand. So in an effort to be equitable to all, DJI expects to ship these items later this summer.

For those who bristle at FAA registration and enjoy flight and imaging performance that challenges larger drones, the Mini 3 Pro is a satisfying gadget that is anything but toy-like, but the bulging price tag and delayed delivery dulls the shine of this smart little quadcopter.

Mason Marsh is a photographer, educator, writer, and podcaster in Portland, Oregon. When he’s not wrangling his two stubborn kids, he’s helping photographers strengthen their passion for photography through classes, workshops, articles, and podcast episodes. He doesn’t get enough time with his cameras, and this bothers him.