This year's four winners were selected from a whopping 64,823 photographs, entered by 4,066 photographers from 30 countries. 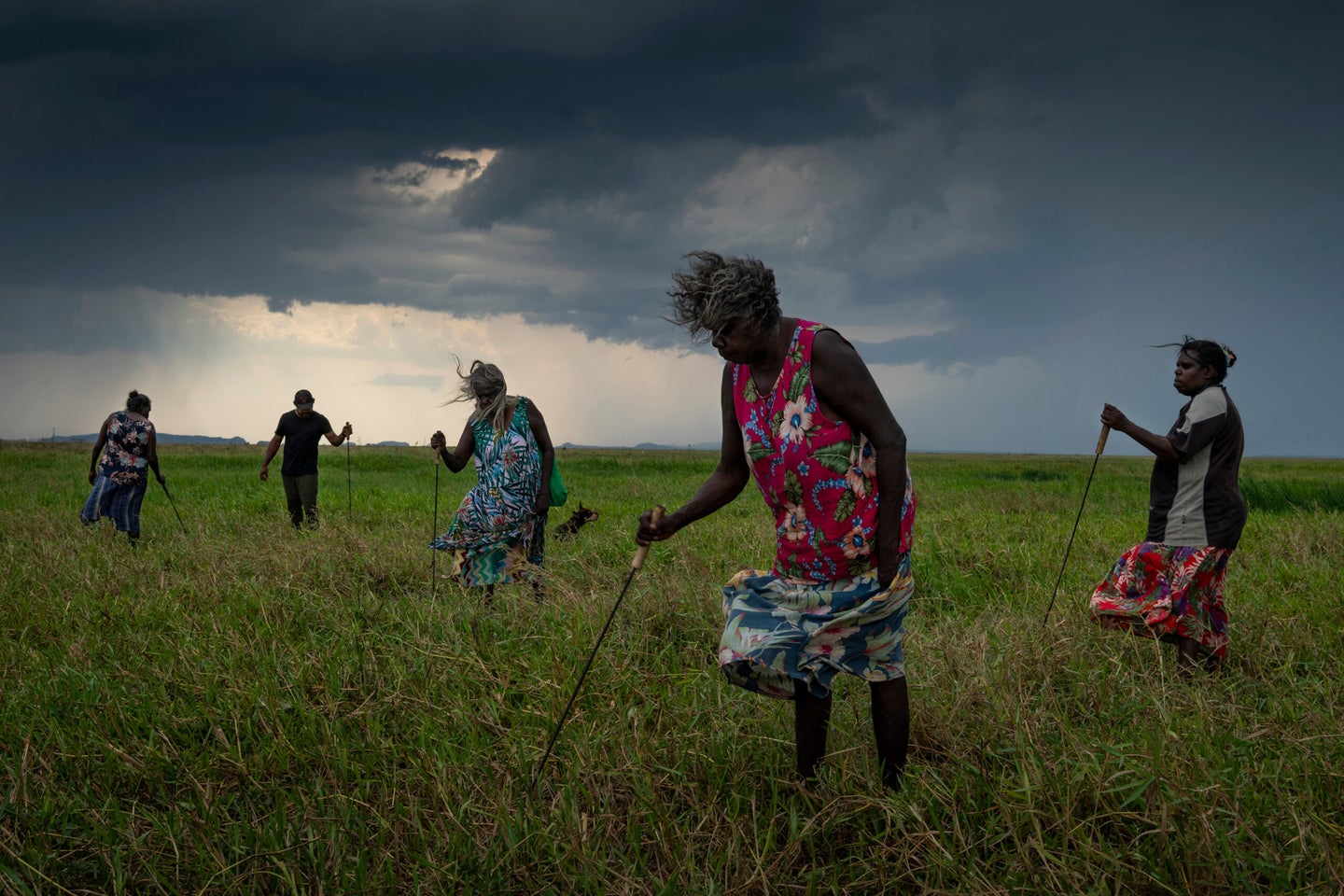 World Press Photo Story of the Year (Global) – “Saving Forests with Fire”
By Matthew Abbott, Australia, for National Geographic/Panos Pictures
"A group of Nawarddeken women elders hunt for turtles with homemade tools on floodplains near Gunbalanya, Arnhem Land, Australia on 31 October 2021. They spent all day finding just two turtles, which are a popular delicacy. Soon the grass will be burned to make the hunt easier".
SHARE

Last month we told you about the 24 regional winners, and now selection of the global winners for the 2022 World Press Photo Contest is complete! First held in 1955, the contest is an international offshoot of the even older Zilveren Camera competition. This year the contest had a new, more inclusive format with entries accepted in four categories: Singles, Stories, Long-term Projects, and Open Format.

The first round of awards were given last month for six different regions globally: Africa, Asia, Europe, North/Central America, South America and Southeast Asia/Oceania. These winners were chosen first by juries from their own regions and then by a seven-person global jury.

The standard of entries for 2022’s contest was exceptionally high as always. Now the 24 images which made the cut for last month’s regional contests have been further whittled down by the jury and a single global winner chosen in each category. Of these, two winners came from the South America region, while one apiece came from the North/Central America and Southeast Asia/Oceania regions. Without any further ado, let’s take a look at all four winners!

World Press Photo of the Year

Bracken’s haunting photo reminds us of Canada’s dark colonial past and its lingering impact on our present-day world. A row of roadside crosses, each bearing a colorful red or orange dress, bears testament to the more than 200 indigenous children believed to be buried in unmarked graves discovered last summer on the grounds of the Kamloops Indian Residential School.

With his photo story, Abbott documents the work of indigenous Nawarddeken people in Australia’s West Arnhem Land as they start so-called “cool”, controlled burns of undergrowth. The technique has a history dating back thousands of years and not only helps to decrease the output of climate-changing gases but also more directly prevents catastrophic bushfires like the country experienced in 2019 and 2020.

With Amazonian deforestation taking place at the highest rate in a decade, de Almeida’s long-term project documents an unfolding environmental, ecological and humanitarian disaster in his native Brazil. Amidst droughts and vast wildfires—often started intentionally to clear the land beneath—the demise of native species and plight of indigenous inhabitants bear witness to the folly of Brazilian president Jair Bolsonaro and his anti-environmental government.

Romero’s creation is narrated both by the photographer and their father and is also deeply personal. The video demonstrates the negative impacts of colonization and forced migration as the pair use digital and film photographs to revisit familial memories of a lost homeland and way of life in their ancestral Colombian village.

The prizes & next year’s contest

All four global winners received a 5,000 euro prize for their winning entries in this year’s contest, in addition to the 1,000 euro prizes they already attained at the regional level. All global and regional winners’ works are also being included in an internationally-hosted traveling exhibition, published in a collectible photobook, and shown on the official World Press Photo website.

More information on next year’s contest and how to enter is expected to be posted later in the year.