Smithsonian Magazine shared the winners across six categories for its 19th annual photo contest, selected from over 47,000 entries. 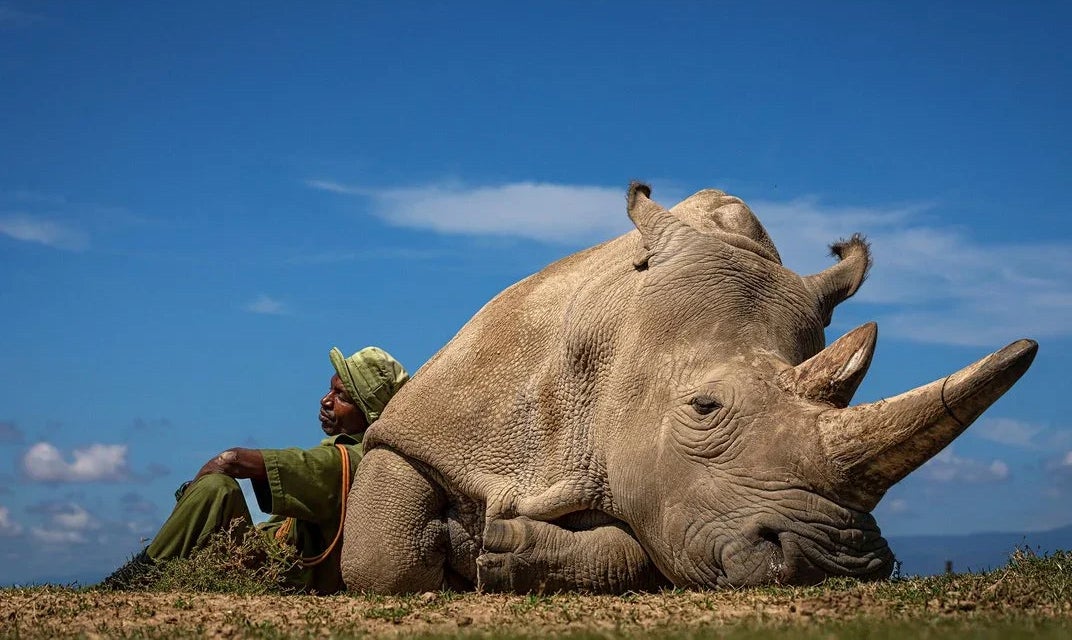 Smithsonian Magazine just announced the winners of its 19th annual photo contest, and the results are simply spectacular. In six categories, the winners capture pandemic life, American identity, far-flung locales, and the intricacies of nature.

Over the 19 years that Smithsonian Magazine has run the photo contest, it has seen over 470,000 submissions and representation from nearly every country in the world. This year, there were over 47,000 entries from more than 180 countries.

The six categories are:

Taken during the Lunar New Year, Sinsee Ho of Malaysia captured the dichotomy between the realities of pandemic life and this traditionally celebratory time of year for millions.

For a moment, the viewer stops in their tracks with eyes drawn to the majestic rhino consuming the frame. We move a little to the left, however, and find the human component nearly dwarfed in a way that gives a fresh perspective. Matjaz Krivic, an environmental photographer, captured this duo in Kenya, where there are ongoing efforts to protect wildlife against poachers.

“My prime interest is in microfauna,” winner Prathamesh Ghadekar told the magazine. A wedding and events photographer by day, he has a soft spot for animals others think of less fondly. “[I like] anything that was really small and neglected.”

The harsh juxtaposition between the white glow of the lamps and nightfall makes for a compelling image that still manages to be saturated with color. Chen-Tung Tai garnered access to this private building via an acquaintance. The colorful piece of architecture is located on Odaiba, an island formerly used to defend Japan against naval attacks, and is now an entertainment destination.

To capture this moment (and movement), Craig Lefebvre arrived an hour before the performance at Tlaquepaque village in Sedona, Arizona, to assess the light and crowd. The end result is this winning image of dancer Kenneth Shirley who belongs to the dance group Indigenous Enterprise, which fuses hip-hop with Native dance styles.

“I’m not a regular visitor at Yamuna Ghat but whenever I visit Delhi during winters I start my day there,” Choudhary wrote to the magazine. “This man came out from a holy dip and the water droplets on his body [beckoned me] close to him. I waited there for a moment and suddenly he put on his beads garland, and when both his hands were in the right place I got a movement of seagulls to fill my frame. Tiny water droplets, the movement of birds, and [the] position of hands along with the beads made this frame to me.”

Slightly haunting yet ephemeral, Garry Platt captures the magic and mystery that is performing art.

“The dancer in the middle held that pose for a second while the other dancers were moving. My shutter speed was very slow; half a second or something like that, so it got that effect where the central dancer is perfectly still and the rest are in this blurred movement,” he explained to Smithsonian.

Shayna Stevens’ family works on a Massachusetts dairy farm, and the youngest of her children has earned the nickname “Dad’s little shadow.” She grabbed this photo on family milking night.

“It’s so important to me that the kids have photos of these memories when they’re older,” she shared.

Some of our other favorites

The jolt of surrealism immediately draws our thoughts to Salvador Dalì, Frida Khalo, and René Magritte.

Paris in B&W hardly needs explanation, but what seals the deal here is the movement of the pigeons across the frame. There’s something freeing about seeing birds in flight, and the title of this work is aptly “Liberté.”

Moose and Their Mountains

The vast wilderness invites endless possibilities and the spirit of adventure. As John Muir once wrote, “the mountains are calling.”

Submissions for the 20th annual Smithsonian photo contest open in September. Keep tabs on their contest page for details.