The most extreme sports and action photography of 2021 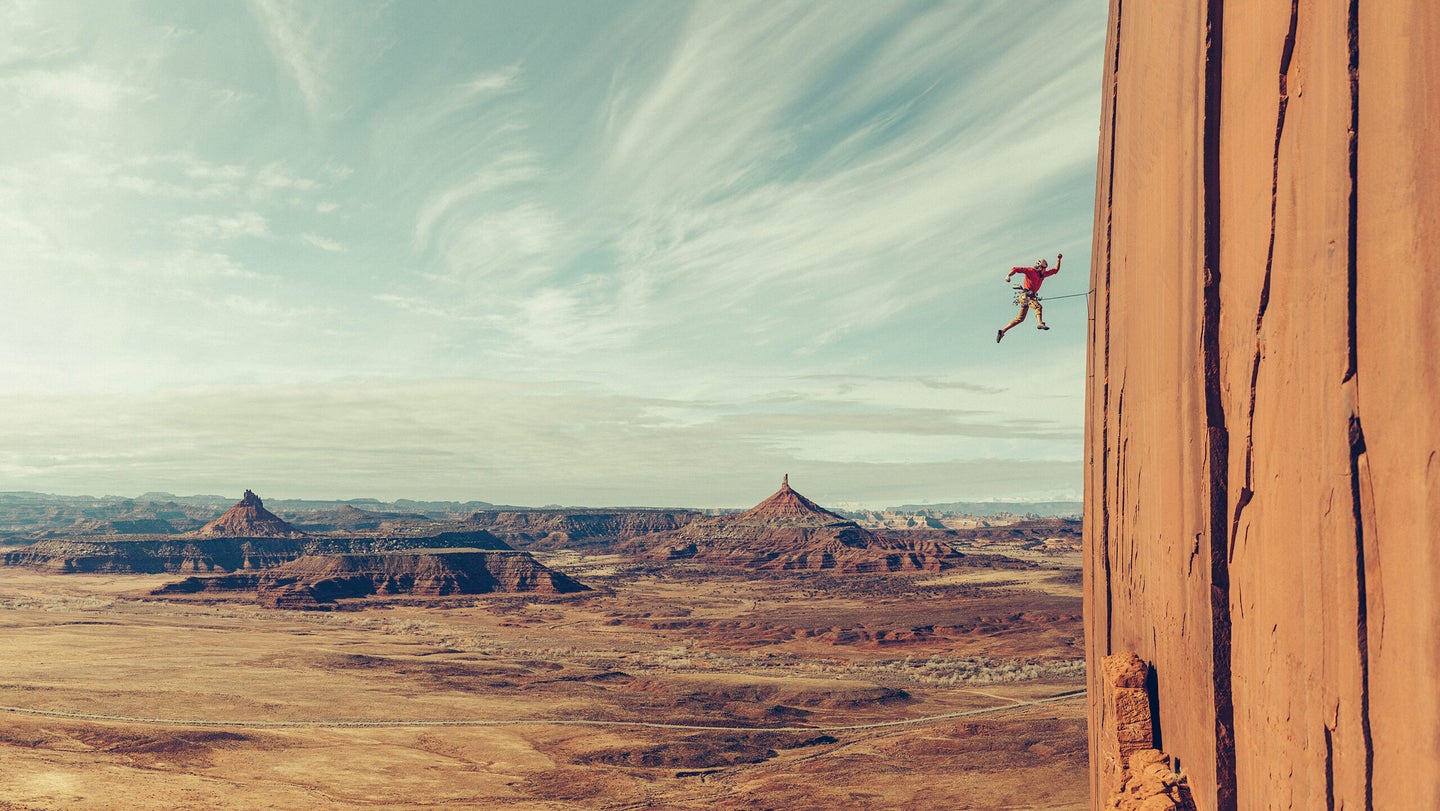 This photo, titled, “Dirtbag Superhero” by U.S. sports and action photographer Will Saunders, is the overall winning image for the Red Bull Illume Image Quest 2021 competition. The image depicts rock climber Jake Talley, who is “striking a pose” as he takes a fall on a spectacular rock tower in Indian Creek, Utah. Saunders's image had also won for the Masterpiece by SanDisk Professional category. © Will Saunders / Red Bull Illume
SHARE

The Red Bull Illume Image Quest 2021 international photo competition—now in its sixth year and showcasing “the world’s greatest adventure and action sports imagery”—has announced winners for 2021. The overall winner is U.S. photographer Will Saunders for his photo, titled, “Dirtbag Superhero.”

The winning image was shot in Indian Creek, Utah, and depicts rock climber Jake Talley in action. “I asked Jake to really shape his body into more of a powerful movement rather than the classic falling position. His body reminded me of a superhero, which is fitting to me because most of my friends in this action sports world are my heroes,” says Saunders. You can see more of Saunders’ work here.

Will Saunders’ winning image was selected by a judging panel of 53 renowned photo editors and photo experts, who reviewed a total of 41,447 submissions for the contest. The jury also narrowed down the submissions to 256 semifinalists, then 56 finalists, and finally, 11 category winners.

Here are the category winners from this year’s Red Bull Illume competition (you can read more about each category here):

We took a closer look at some of our other favorite category-winning shots below.

Related: The most impactful photojournalism of 2021

Carolin Unrath won the Lifestyle by COOPH category for her charming black-and-white image of a surfer about to board a train in Munich. It’s a wonderful juxtaposition of a motionless surfer wearing a mask while watching the blur of a speeding train pass by. “The shot ‘Surfmask’ is part of a series I’ve created with Peter Scherb in Munich in May 2020,” says Unrath. “I’ve always loved seeing Munich’s Eisbach river wave surfers all over the city. That’s why we joined Andi on one of his first sessions when the river wave reopened after lockdown in 2020. The shot shows him on his way to the Eisbach.”

Commercial sports photographer Markus Berger—who won the Playground by WhiteWall category for his photograph, titled, “Wake the Glacier”—describes the setting for the shot as being in “a crazy location…deep in the mountain and below the surface.” In fact, the image was captured inside Hintertux Glacier, which is located in Austria. “The ‘nature ice palace’ is a fairy tale world inside a glacier, which also contains an underground lake with -0.8°C water,” which is around 30 degrees Fahrenheit.

Berger says that Red Bull set up a crew to help make this shot happen. “During a two-day production we managed to get a cool action shot of Dominik Hernler,” says Berger, “who completed this challenging task like a champ. With a 6.5mm wetsuit, he didn’t hesitate and was able to ride and turn in this very narrow location and under very difficult circumstances.”

Taking the photo was challenging as well. “After more than three hours in the water, I didn’t feel anything below my waist and one of my cameras failed, as well,” says Berger, who felt lucky to have the camera fire at the right moment. “Right after this shot, the camera shut down.”

The idea for this photo, titled, “The Spiral”—which helped Jan Kasl win in the Creative by Skylum category—came to the photographer while shooting another campaign. That other project, Kasl says, was based on the concept of forced perspective, which is a photography technique that uses optical illusion to make objects appear larger, smaller, farther away, or closer than they are. “It’s what thousands of tourists do,” Kasl says when they hold their arms up to “hold” the leaning Tower of Pisa up. “With a tool like forced perspective,” says Kasl, “I felt like I could push it a little further, bending reality and bringing the athlete into an absolutely surreal environment.”

“We worked hard for a week, just planning and preparing,” says action sports photographer Yhabril, who won the Best of Instagram (photography) category for his photo of a skier and a snowboarder silhouetted against the moon.

Yhabril says what’s particularly difficult to achieve in a shot like this one is “to place the two kickers in the right place.” What also made taking the image a challenge, he says, was that it needed to be captured at an elevation of 10,000 feet and included the use of lots of heavy gear. “Once you have the scenery ready, you just have to wait for the moment and pray for a bluebird sky that day, along with being confident in the riders to synchronize the jump and the handplant. That’s the real challenge.”

Submissions for the contest were open from March 1st through August 1st, 2021. Photographers could either enter on redbullillume.com or on Instagram by tagging @redbullillume and using hashtag #rbi21submission. The 2022 competition is not yet open.