Annie Leibovitz’s fashion portraits, & five other photobooks worth checking out

We're back with another mix of photobooks worth adding to your collection, including new releases and a classic favorite. 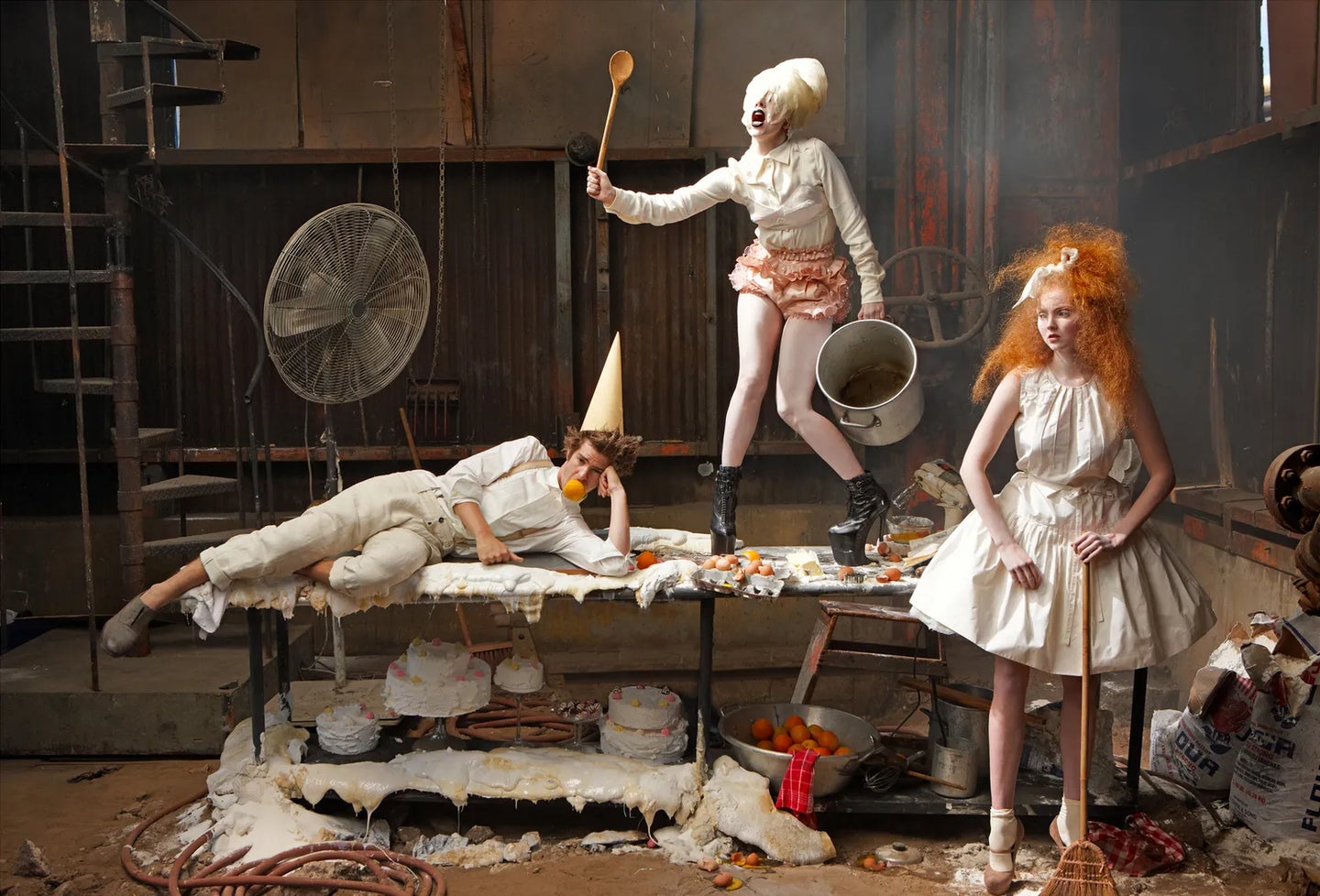 For our second edition of photobooks worth checking out, we’ve got a half dozen works that cover a diversity of photographic styles and subjects. These include Annie Leibovitz’s fashion photos; Joe McNally’s career compendium with how-to tips; Matt Black’s five-year project documenting American poverty; a compilation of photos exploring Black identity; Bieke Depoorter’s serendipitous collaboration with a Parisian stranger; and Fred Herzog’s classic Kodachrome photos.

Leibovitz’s fashion photos often involve complex mise en scènes, with almost baroque compositions. Far from looking static, her portraits often brim over with life and energy, as if a rare moment is captured fortuitously. This massive book, containing more than 350 images—many previously unpublished—is a celebration of this dynamic work. Watch this video of Leibovitz discussing some of the photos in this collection to learn more about her technique, inspiration, and the backstories behind the shots.

In a carer spanning more than 40 years, Joe McNally has done it all, from documentary work to commercial assignments, portraiture to spots and action. Beginning as a copy boy for the Daily News, McNally went on to become a professional photographer, carving out a career shooting for Life Magazine, National Geographic, Sports Illustrated, and many others.

He’s also well known for his project, “Faces of Ground Zero,” which celebrates the heroes of September 11, 2001, with larger-than-life portraits of first responders, survivors, and the family members of those lost, captured using the world’s largest instant camera.

Part autobiography, part how-to book for photographers, this comprehensive overview of McNally’s career shows how he’s never stopped seeking new challenges, in every genre of photography. Come for the photos and stay for the stories about life as a working photographer.

Selections from the Wedge Collection, As We Rise: Photography from the Black Atlantic – 184 pages, hardcover (Aperture)

This compilation of photographs explores the African diaspora and showcases the work of Black artists from all over the world, including Africa, Canada, the Caribbean, Great Britain, South America, and the United States. Photographers include established artists, such as Stan Douglas, Seydou Keïta, Jamel Shabazz, and Carrie Mae Weems, as well as younger artists including LaToya Ruby Frazier, Texas Isaiah, Rashid Johnson, Zanele Muholi, Ebony Patterson, and Dawit L. Petros.

This selection of more than 142 images comes from the Wedge Collection—a privately-owned collection assembled by Dr. Kenneth Montague— and bears witness to the diversity of the Black experience, but also to the commonalities of Black culture around the world.

When Magnum photographer Matt Black read an article about how half of Americans are shut out from the “American dream” due to income inequality, he decided to document this large underclass. Black traveled to 46 states and Puerto Rico, visiting designated “poverty areas,” locations where more than 20% of people live in poverty. For five years, covering 100,000 miles, Black documented America’s poor.

In stark B&W photos, Black’s work, interspersed with his own travelogue, shows the extent of people left behind in the “land of opportunity.” In full-page square photos and wide panoramas, Black documents “the geography of poverty.” Like a modern-day Walker Evans or Dorothea Lange, Black catalogs the extent of “the psychological and physical pains and indignities of living poor in the richest country in the world.” An interactive presentation on Black’s website looks at the first two chapters of this book.

Bieke Depoorter met Agata in a Parisian strip club in 2017, and, for three years, the two collaborated on a photographic project. Depoorter began by shooting some photos in Paris at night, then photographed Agata performing.

Their relationship continued as they visited each other and traveled together. Agata used the project as a search for identity, and Depoorter wondered who this project was really about, her subject or herself. Featuring photos in chronological order, there are also notes and texts hidden behind the perforated folds of the book, revealing a hidden narrative, an alternative story, and perhaps some truths that are not apparent in the main photos in the book.

Born in Germany in 1930, Fred Herzog migrated to Canada in 1953. Working as a medical photographer, he also walked the streets of Vancouver with his Leica, documenting his surroundings. His use of Kodachrome for street photography was unusual in this period, long before such photographers as William Eggleston and Stephen Shore made the transition from B&W for this type of subject.

Herzog only had a couple of exhibitions of his work, until it was rediscovered in 2007, and he is now recognized as a pioneering street photographer who documented his surroundings in color. His heavily saturated photos of storefronts, signage, and ships often leap from the pages. And many of the more muted photos of strangers walking along rainy streets have an almost Munchian tone to them. The atmosphere of Herzog’s color photos—along with a few B&W shots—draws you in and immerses you in a world that is lost to the past.