These are the funniest wildlife photos of 2021

The winning photos from this year's Comedy Wildlife Photography Awards are both relatable and hilarious. 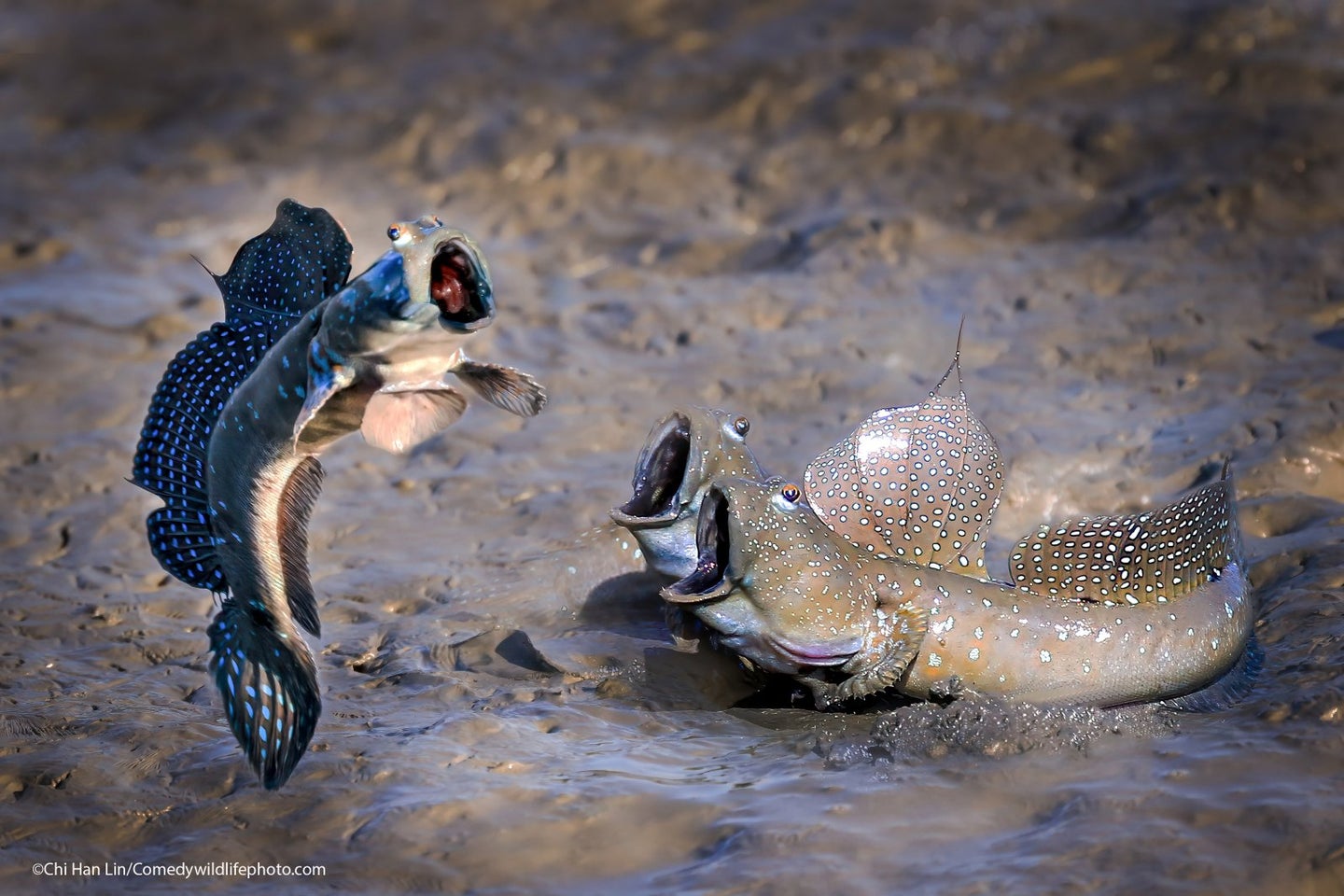 There are plenty of photo contests out there, but few as fun and light-hearted as the Comedy Wildlife Photography Awards (the Comedy Pet Photo Awards are also good for a laugh). You can check out the full list of winners and highly commended photos online right now. But these are the ones that had us laughing hardest:

The Comedy Wildlife Photography Awards “aim to widen understanding and engagement with global conservation—for the preservation of biodiversity and the health and enrichment of everyone on Earth.”

How? By getting funny photos of wild animals in front of as many people as possible and donating 10% of the revenue from the competition to conservation projects around the world. This year, it’s the Gunung Palung Orang-utan Conservation Program in Borneo. You can read the full conservation statement on their Website for more information.

Ken Jensen took home the top prize of a safari for two with Alex Walker’s Serian for this shot titled, “Ouch!”, of a golden silk monkey in China, who seems to be having quite a bad day.

According to Jensen, it’s actually a show of aggression. But the shot very much looks like a still frame from the TV show, Jackass.

Arthur Trevino won the “Creatures of the Land” category for the photo, “Ninja Prairie Dog!” I think it’s my favorite of all the shots in this article because it’s just so ridiculous.

Trevino explains that “When this Bald Eagle missed on its attempt to grab this prairie dog, the prairie dog jumped towards the eagle and startled it long enough to escape to a nearby burrow.”

John Speirs won both the “Creatures in the Air Award” and the “People’s Choice Award” for this photo of a pigeon getting smacked in the face with a leaf. It’s called “I Guess Summer’s Over,” and I think most folks reading this can probably relate.

Creatures Under the Sea Award

Chee Kee Teo picked up the top prize in the “Creatures Under the Sea” category for this hysterical shot of a smooth-coated otter hauling its baby “to and fro for a swimming lesson.”

Vicki Jauron was awarded the “Portfolio” prize for this series of shots of an elephant having the time of its life while taking a mud bath on the shore of Lake Kariba, Zimbabwe. (It actually makes me want to try one!)

Next year’s Comedy Wildlife Photography Awards will open for entrants in spring, 2022. If it’s like this year, it will be free to enter with prizes provided by the sponsors.