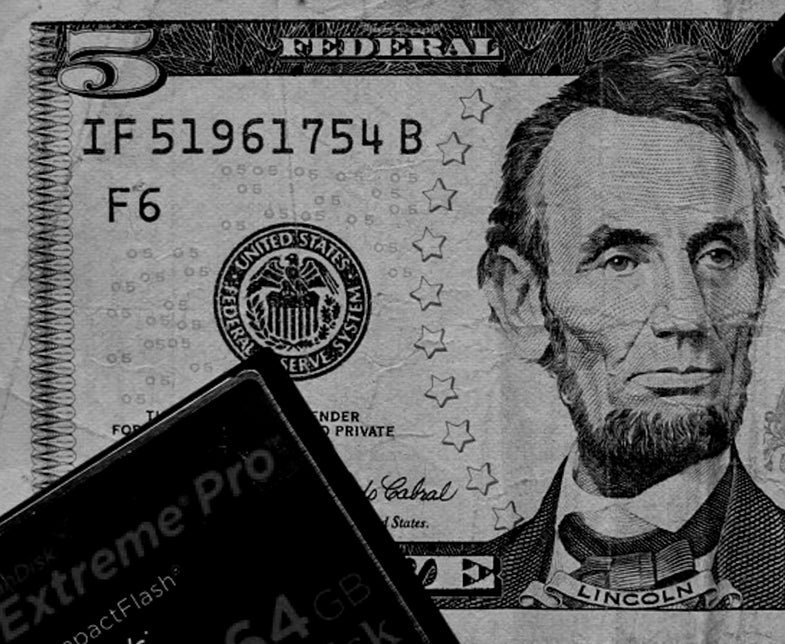 Yesterday, Web Editor Stan Horaczek was reminded of an added security feature built into Adobe Photoshop while trying to edit a picture for a story about working for free. If you attempt to open a photograph of U.S. legal tender in Adobe Photoshop will be hit with a warning that the “application does not support the editing of banknote images.” This additional security is obviously set up to prevent people from starting a counterfeit operation.

If you click for more info button in Photoshop you will be redirected to RulesforUse.org—which gives you an in-depth look country by country on the various restrictions of reproducing banknotes.

It doesn’t always happen and different versions of Photoshop seem to have different standards about what’s OK and what isn’t. For instance, the original file opened in Photoshop CS6, but wouldn’t open in Photoshop CC. But, it’s not something that was recently added, as this has been a feature for years. Lightroom 5 also had no trouble opening the original image, which had part of the bill obscured by memory cards.

Although Adobe Photoshop won’t allow you to even open a file of a high-resolution piece of currency, according to the site “photographic and other likenesses” or United States currencies are “permissible for any non-fraudulent purpose, provided the items are reproduced in black and white and are less than three-quarters or greater than one-and-one half times the size,” of the original item.