Those little specks of dust inside your lens probably aren’t going to affect image quality. 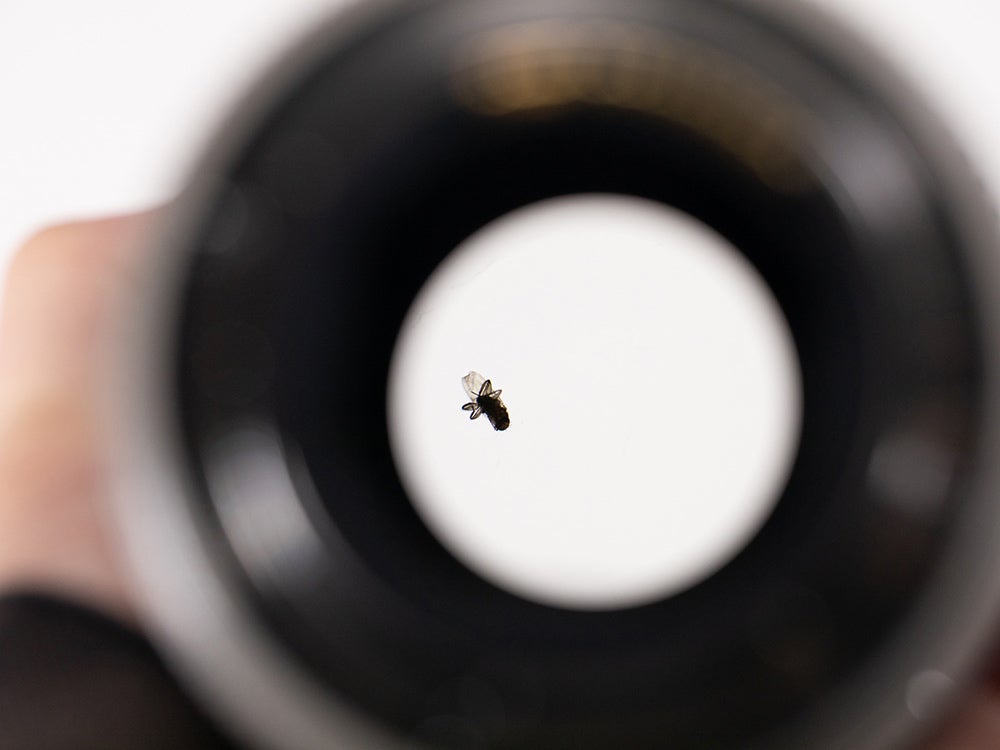 The folks at Lens Rentals see all kinds of grit and grime inside of the lens that they service, but a few weeks ago they received a 70-200mm weather sealed lens with something unexpected: a dead fly.

It’s unclear how the fly got into the lens to begin with, but it got in deep, making it difficult to get out.

“You never see a fly just under the front or rear element. They get into the deepest groups, leaving little fly parts all over, and usually, get smushed by the zoom or focus element,” Roger Cicala wrote in a blog post for the site.

Lens Rentals had to do a full teardown to remove the fly from the lens, which you can check out on their blog. But before they did, they decided to see how the fly would affect the lenses optical performance.

The dead fly didn’t show up inside the lens until it was stopped down to f/13, and even then it was just a slight shadow. Meaning you probably don’t need to freak out about the small pieces of dust that might be inside your lenses—if they aren’t bigger than a fly, they probably aren’t going to affect your image quality.

Once the team got inside the lens the damage that the dead fly had done became a little more apparent though.

“Close up you can see the other problem that happens when an insect lives in a lens for a while. They leave insect hair, parts, and unmentionable stuff scattered throughout the lens,” Cicala writes. “Spiders are worse; they’ll spin a web in there. Every time. Have you ever tried to clean spider webs off of glass?

See more pictures and an overview of the entire lens teardown over on LensRentals.com.