The best National Parks for photographers

Grab your camera and capture the beauty inside these natural wonders. 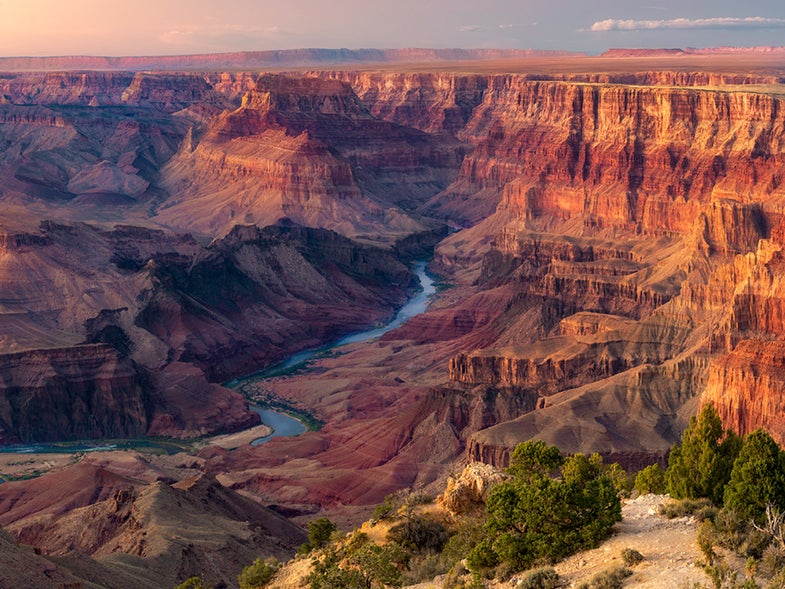 Capture iconic landscapes that look as if they were plucked from the set of Westworld this summer with a visit to a National Park. These fifteen destinations offer a variety of scenes for you to point your camera at. 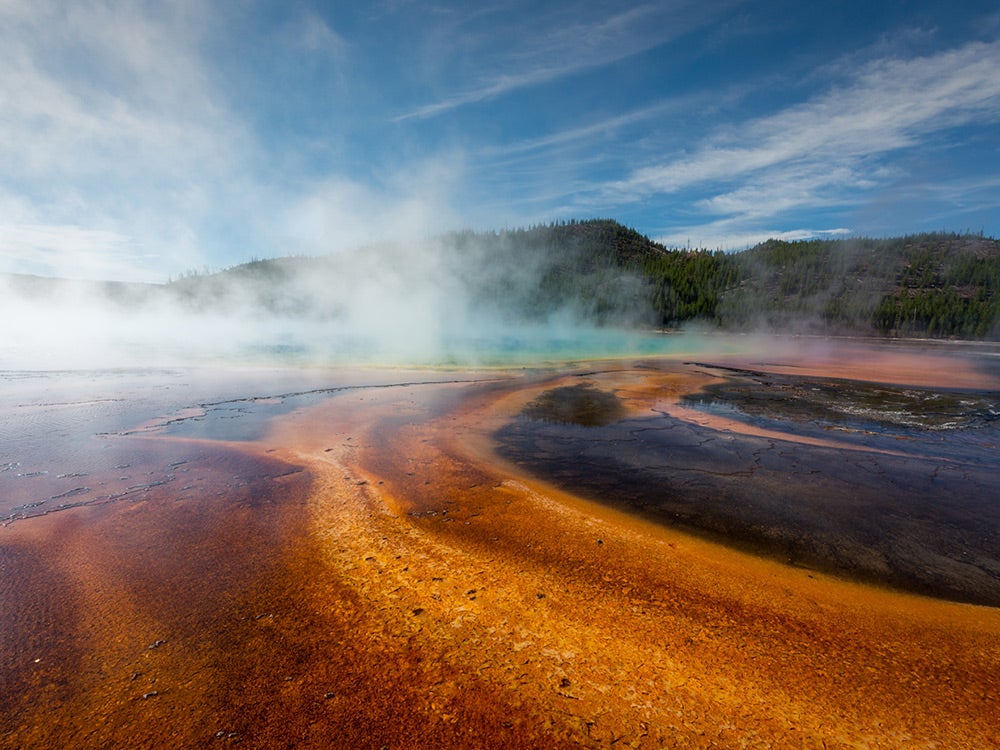 The Grand Prismatic in the spring time

Established in 1872, Yellowstone is the world’s oldest National Park and spans Wyoming, Montana and Idaho. The 3,500 square ft of wilderness features a variety of landscapes for photographers to capture, but its an underground supervolcano that creates some of the most well-known natural wonders of the park such as Old Faithful geyser and the Grand Prismatic Spring pictured above. At 370 feet wide it’s the third largest hot spring in the world. Its vibrant colors are a result of microbial mats which make the water appear orange and red in summer and dark green in winter. 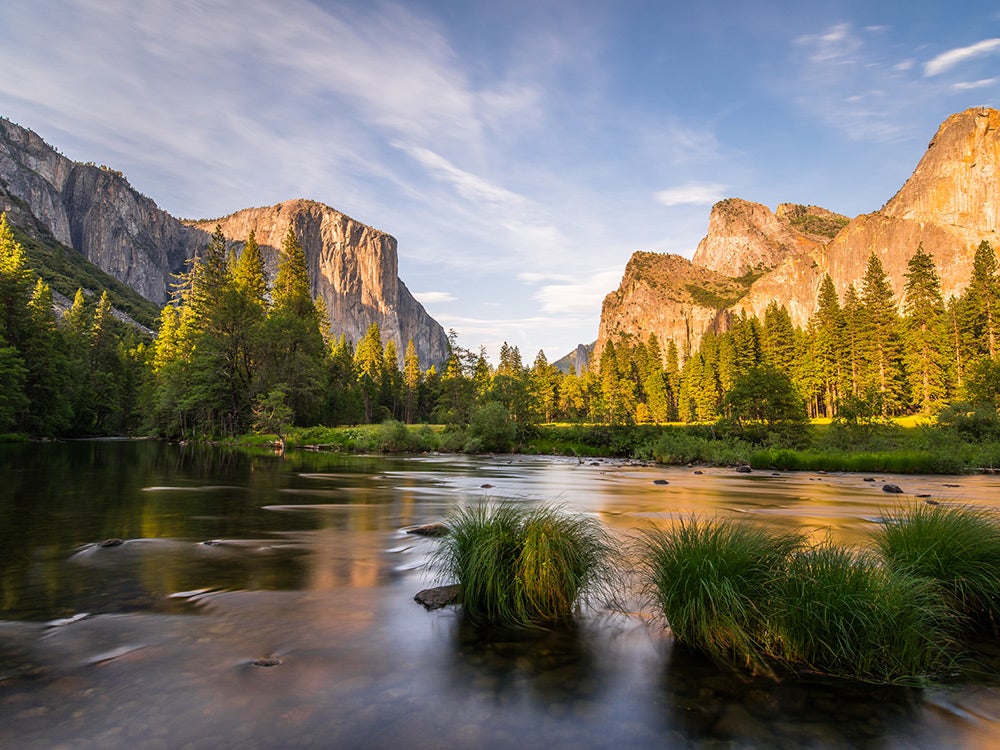 Golden glow at Gates Of The Valley in Yosemite National Park

Yosemite National Park was the star of many of Ansel Adams’s famous black and white landscapes, so it’s no surprise that photographers continue to flock here. Photographers should check out iconic viewpoints such as Tunnel View (made famous by Adams) where you can see El Capitan, Half Dome and Bridalveil Fall. Gates of the Valley offers an alternative view to this landscape. 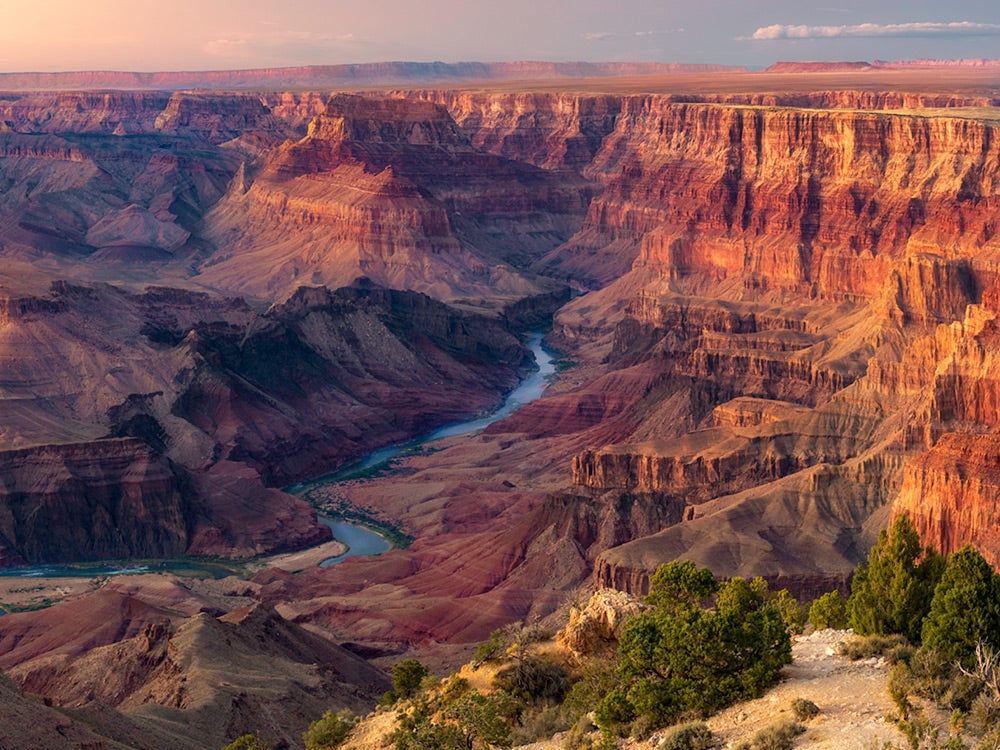 One of the most iconic (and crowded) National Parks, there are plenty of beautiful landscapes to capture here, although even the best pictures may fail to capture its splendor. Photographing at sunrise or sunset will give you a spectacular range of color. This image, which captures the Colorado River snaking through the canyon at sunset, was taken from Desert View Point, a quarter mile hike from the Desert View parking area. 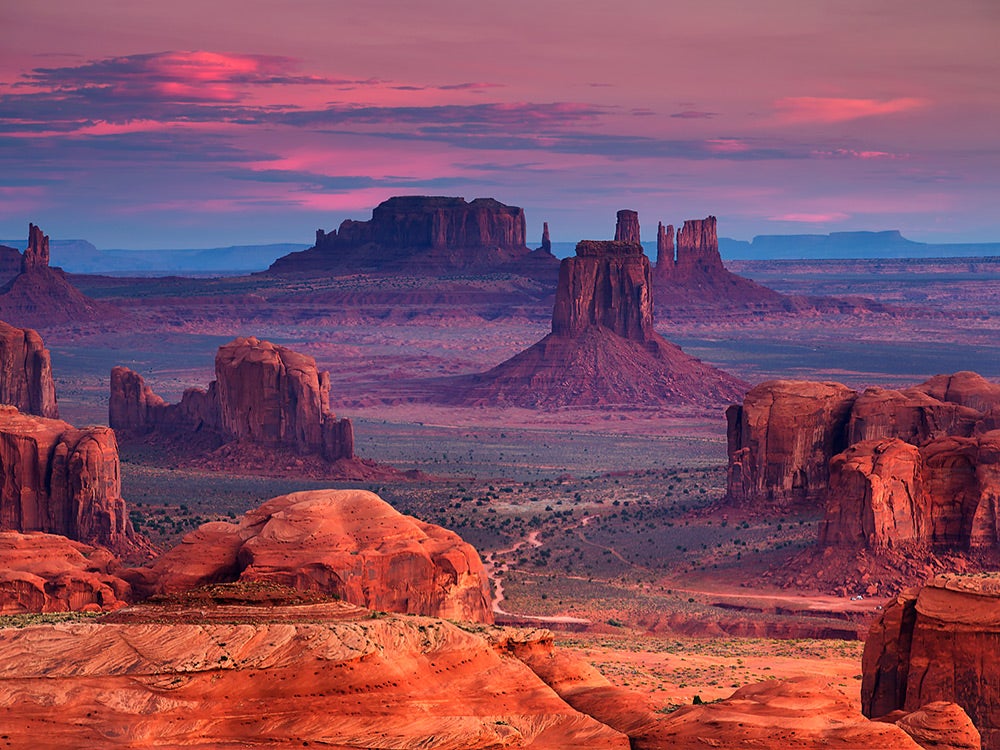 Situated on the Arizona-Utah border, Monument Valley has been a popular filming location for a number of westerns. The park lies within the territory of the Navajo Nation and is known for its sandstone buttes—some of which reach up to 1,000 ft. Accessing areas such as Hunts Mesa, where this image was taken, requires a hike with a hired Navajo guide. 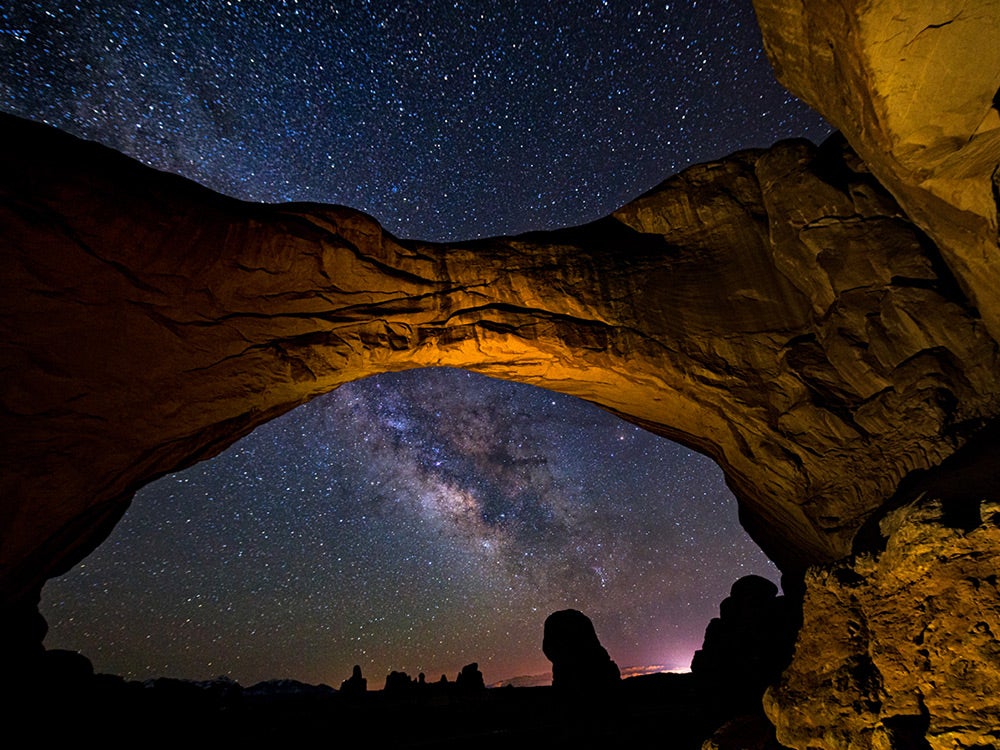 Home to the often-photographed Delicate Arch, this park in eastern Utah contains over 2,000 natural sandstone arches. It’s also the park where Edward Abbey wrote what would eventually become Desert Solitude. Capture it at night for a different take on the iconic Delicate Arch shot. 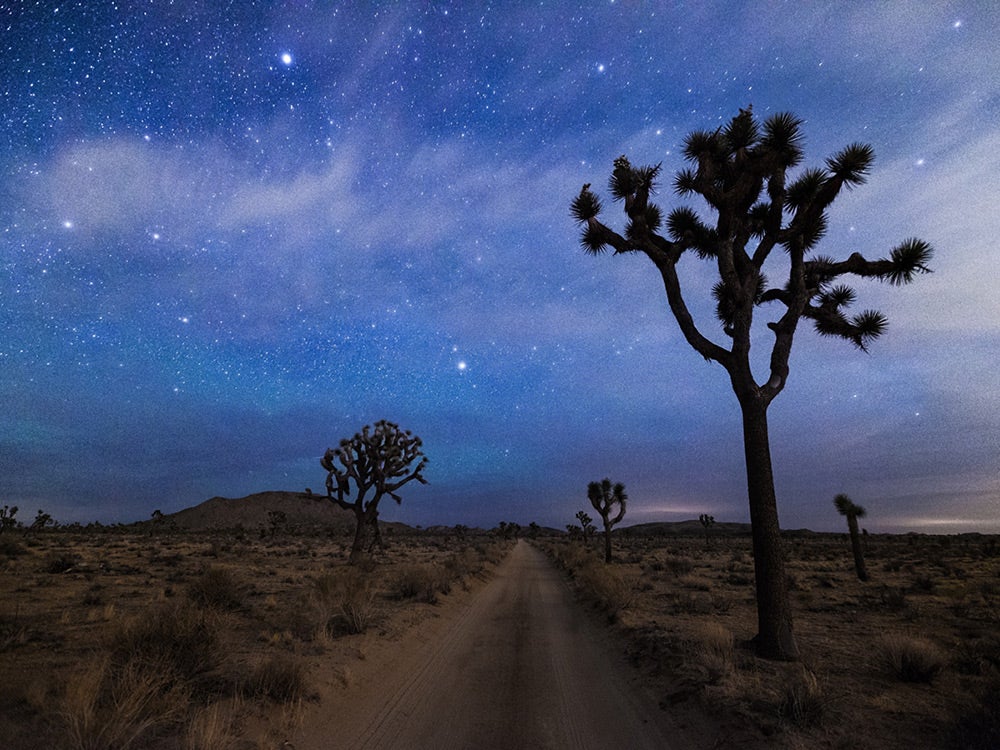 A desert road and joshua trees at night

Only designated as a National Park in 1994, Joshua Tree is one of our nation’s younger parks and includes portions of the Mojave Desert and the Colorado Desert. It’s naturally dark skies and twisting Joshua trees (from which the park gets its name) make it a favorite for photographers looking to capture the beauty of the night sky. 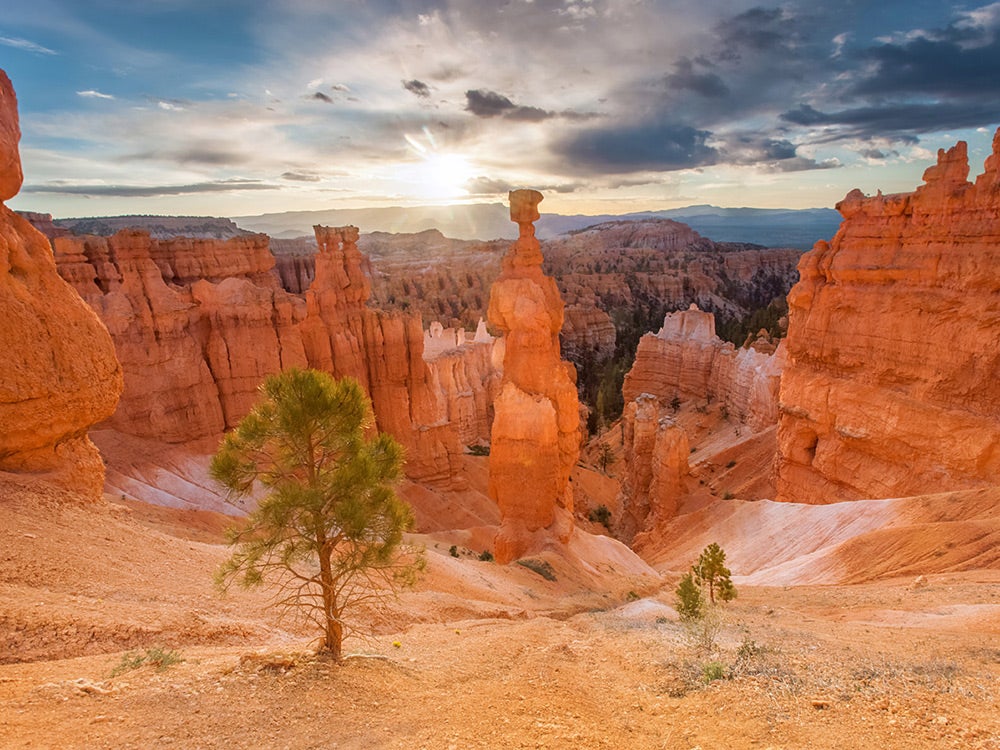 Despite its name this Southern Utah park is not actually a canyon—it’s a collection of giant amphitheaters. Geological structures called hoodoos are what make this landscape distinct. Thor’s Hammer, pictured above, is approximately 150 feet tall and one of the most well known in the area. 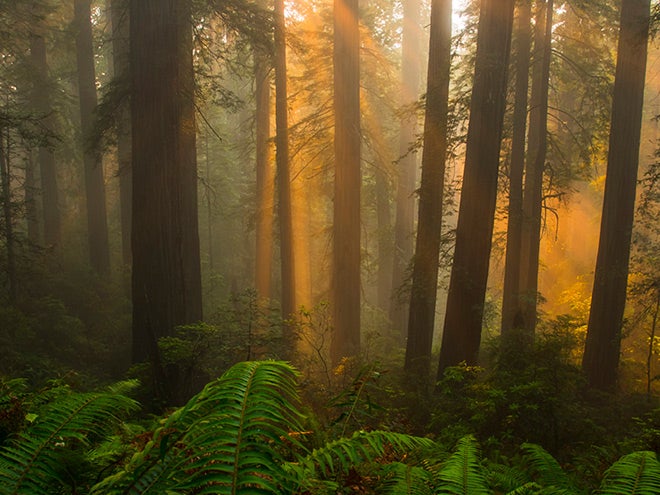 Photographers can find some of the world’s tallest trees in this sprawling park located alongside the northern California coastline. It’s not unusual for morning fog to linger between the trees, wait for the light to cut through and backlight the trees for spectacular and moody images of the forest. 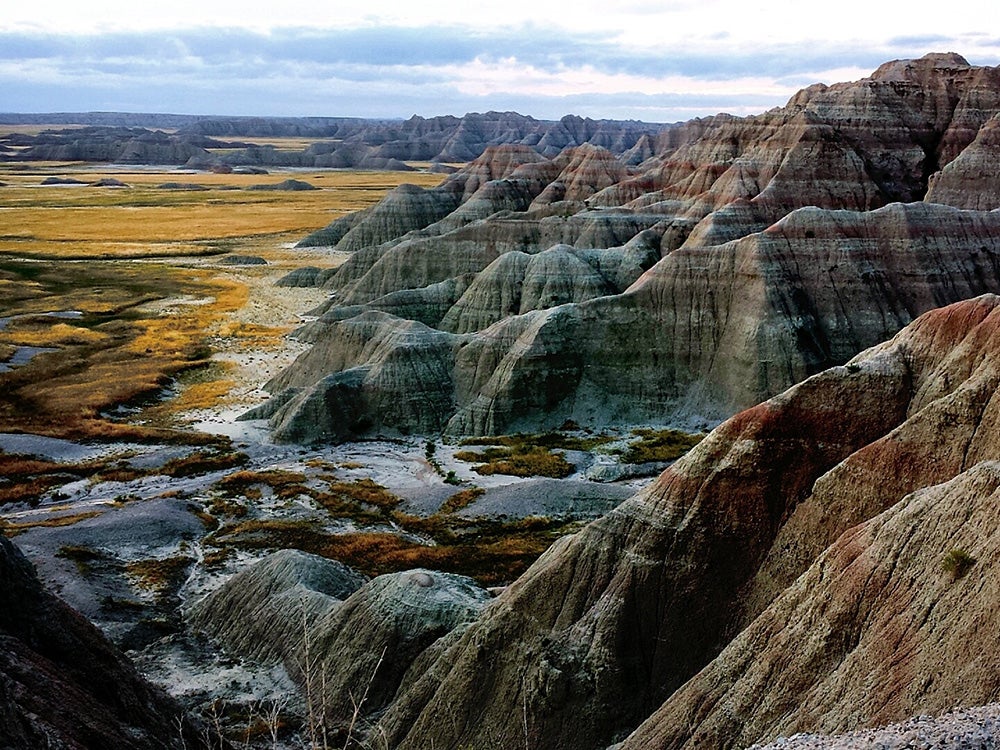 South Dakota’s Badlands isn’t as famous as locations like Yosemite or Yellowstone, but it’s also typically less crowded. The park features 240,000 acres of wilderness including buttes, spires and pinnacles. Take the 35-mile scenic loop through the area to see some of the park’s most impressive features—there are 15 overlooks and 8 hikes that you can explore along the way. 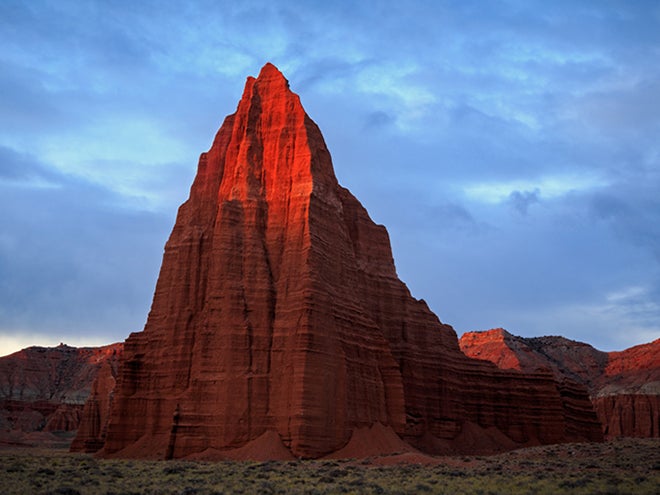 Located in the heart of red rock country in southern Utah, Capitol Reef officially opened to the public in 1950. The park features the world’s oldest exposed monocline (a S shaped geological formation that shows off some of the oldest layers of the earth). Chimney Rock Pillar, Hickman Bridge Arch and Temple of the Sun (pictured above) are a few popular locations for capturing the area’s grandeur. 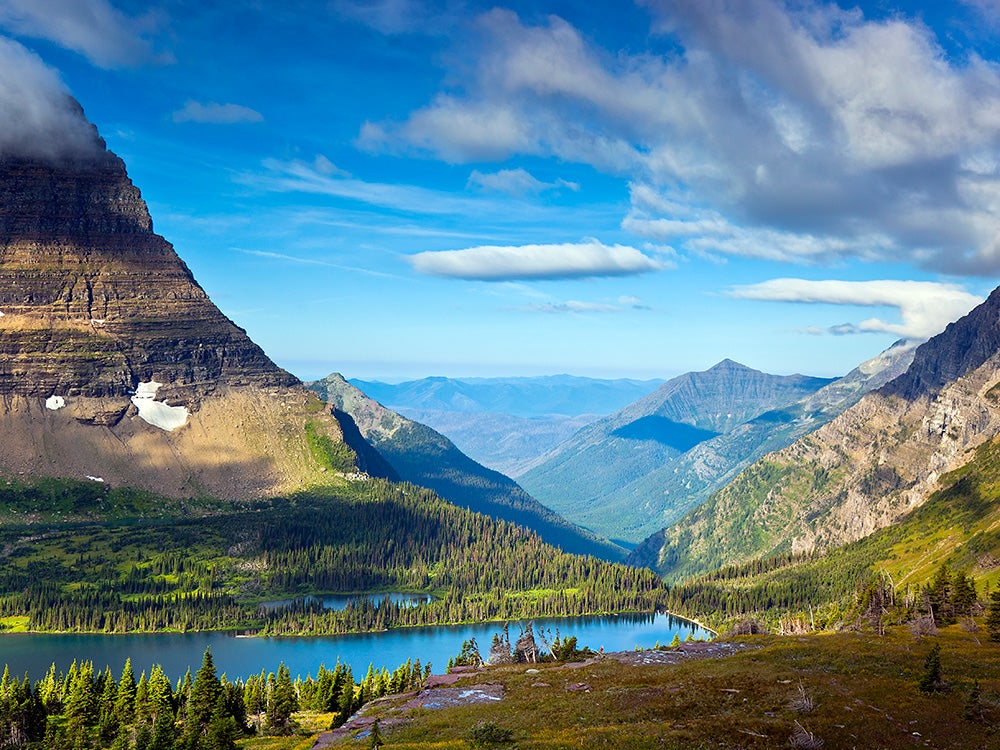 Tucked within Montana’s Rocky Mountains, this massive park has over a million acres and more than 130 lakes within its borders. Hidden Lake Overlook, featured above, requires approximately a mile of hiking to reach, but is one of the easiest in the park. Start early to beat the crowds (and maybe capture sunrise). 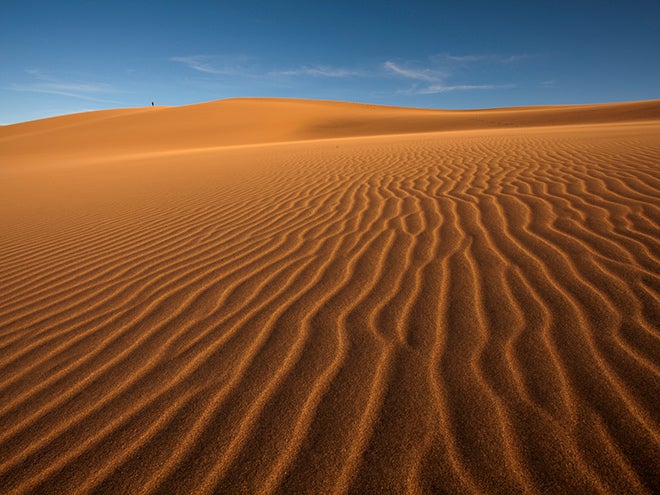 Established in 2004, Great Sand Dunes National Park in south-central Colorado, is another relatively young National Park. The area contains the largest sand dunes in North America, some of which rise to 750 feet tall, and has an otherworldly feel. When shooting the dunes consider adding a human element to the frame to show the scale. 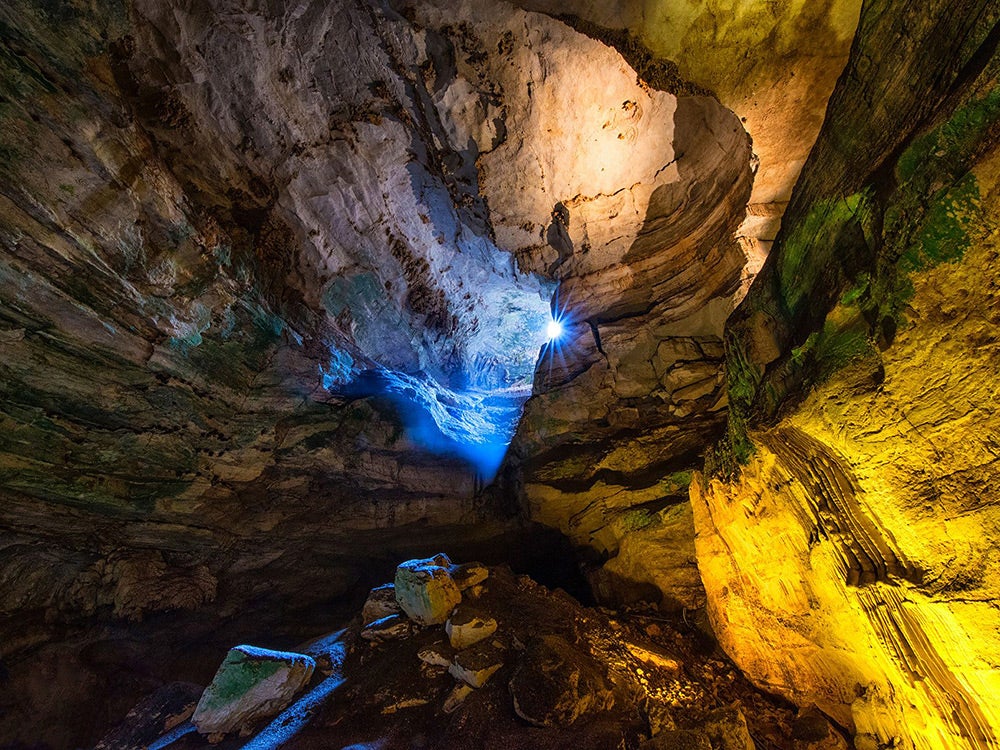 Although there are more than 100 caves in the region, Carlsbad Caverns is most famous for its limestone showcave, which can be accessed via elevator or hiked into from the natural entrance. The largest chamber of the showcave, “Big Room” is the fifth largest chamber in North America. Try a long exposure (like the one pictured above) to capture details within the various chambers of the cave. 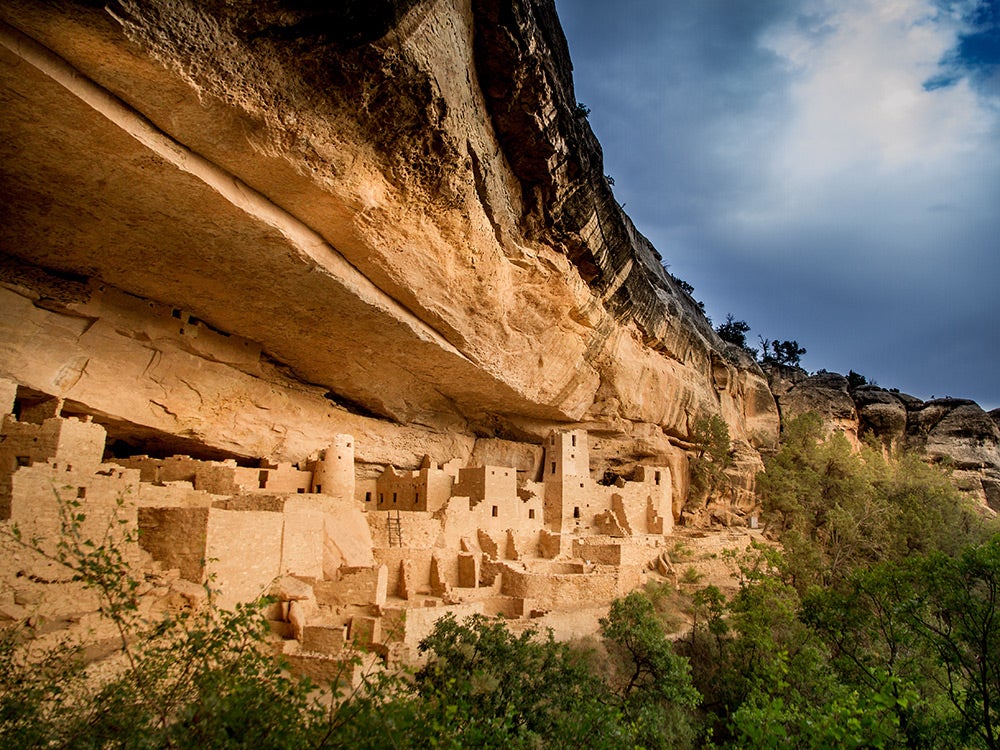 Mesa Verde National Park in Colorado is home to some of the most well preserved Ancestral Puebloan cliff dwellings. The 52,485 acre park contains 5000 archaeological sites, many of which can be seen from overlooks and along park trails—but if you want an up close view of the dwelling you will need to take a ranger guided tour. Cliff Palace, one of the largest dwellings, can be seen and photographed from the driving loop in the park. 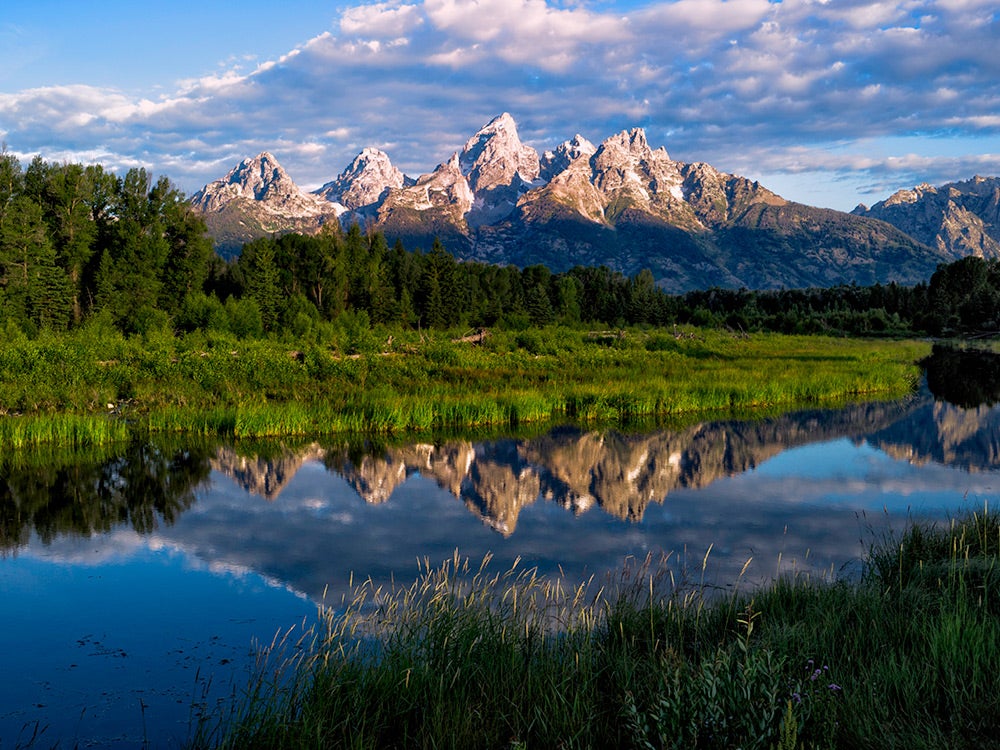 A perfect mirror reflection in the still waters within Grand Teton National Park.

A stunning place for photographing mountains, Grand Teton Park in Wyoming features steep and dramatic peaks and it’s only 10 miles from Yellowstone. On a clear day you can use the Snake River or many of the region’s lakes to capture reflections of this impressive range.