Never be afraid to try something new. 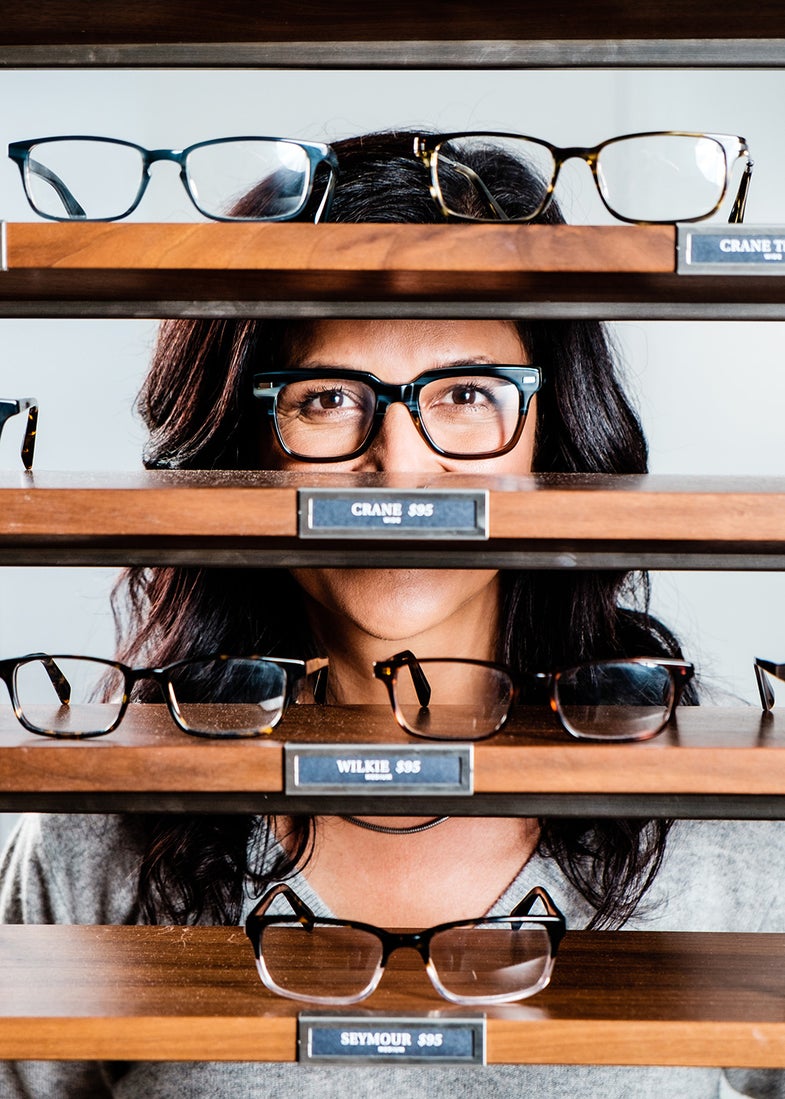 When photographing high profile celebrities or powerful CEOs, it’s almost always a time crunch. Thirty minutes is considered a luxury. “When you are dealing with celebrities and very successful people, their time is more valuable than anything,” says photographer Chris Sorensen, who regularly works for publications like The Wall Street Journal, The Washington Post and New York Magazine. “And there is no better way to leave someone in a good mood than to have them done early.” The crushing schedule is often accompanied with makeshift locations that aren’t particularly aesthetically pleasing: a drab conference room, a corner of a union-run theater, or the corporate headquarters of the company.

These tough conditions are where Sorensen thrives. He’s photographed folks like Alton Brown, Keith Olbermann, Lin-Manuel Miranda, and John Leguizamo. And while he says he always gets the well-lit traditional editorial portrait against a plain backdrop, when time permits, he loves to think creatively and get a portrait that his client or editor might not expect.

His secret? He simply asks.

We recently caught up with Sorensen and asked him to share the stories behind some of his unexpected portraits.

Sorensen shot Alton Brown for the Wall Street Journal for the House Call section, a feature that usually includes the person’s home. There was one problem. Brown doesn’t live in New York, he was just in town temporarily to do a Broadway show. Sorensen decided he’d use the Broadway as the backdrop during the 20 minutes he’d have for the shoot.

“The day before I had looked at his images and he seemed to be pretty cool,” he says. “You can sometimes tell if someone is a risk taker, he seemed like he was.”

Sorensen scouted locations around the area the day before he was scheduled to shoot. He asked a Halal stand owner if he could borrow the eatery as a backdrop for $20, found a classic looking donut shop and a few other locations.

“As we were walking down to where we were going to do the last setup, we passed the Citi bikes and he just hopped on and pretended he was biking and drinking his coffee,” Sorensen recalls. “The Halal stand was preplanned, the Citi bike was just in the moment.”

By the time 20 minutes was up Sorensen had hit five different locations and gathered a variety of unique shots.

“Wall Street Journal ended up running one of the more traditional ones, but they loved the various options,” Sorensen says. “I’ve never had anyone say, ‘don’t shoot these,’ they usually love them, sometimes they push for them, but it doesn’t always work.”

The series featuring Brown went on to win the PDN Faces competition.

Sam Wang was one of the pollsters who famously misjudged the odds in the 2016 election. He said there was a 99% chance that Clinton would beat Trump, and that if he was wrong, he’d eat a bug.

Caltech’s alumni magazine hired Sorensen to shoot Wang, but realized that his idea might be a sore spot for his subject. He asked the client what their thoughts were and they liked it. He came to the shoot with some fake bugs, a cereal bowl and some milk and asked if Wang was comfortable doing something with the props.

“He was more than willing, despite the fact that it might be a bad memory. He was playful with it,” he says.

These portraits were shot inside Warby Parker’s corporate Headquarters, which has a glasses store inside of it.

When he first arrived to the location he noticed that you could squeeze behind the glasses racks. He did a quick light test with his assistant before the shoot started.

After grabbing some more traditional portraits Sorensen asked Kumar if she’d mind sliding behind the rack so that the glasses on her face would look like a pair of glasses on the shelf.

“It was an ad hoc thing we discovered in the moment,” he says.

Shot for Boston’s The Phoenix, Sorensen’s assignment was to follow around this James Beard Award winning chef as he did a food tour in Hong Kong. The magazine was looking for a cover.

“I was trying to come up with unique cover ideas and I’ve always loved that picture of Hitchcock holding the goose by Albert Watson,” says Sorensen.

Sorensen also knew that one of the highlights of the food tour would be Bissonnette eating peking duck. He purchased two peking ducks and went into the shoot thinking it would be a more traditional homage to the Walson image—but then inspiration struck.

“I asked if he would mind going ‘Ozzy”’on it and biting the head off,” Sorensen says. “I love the image. It’s been one of those images that was on my site for a long time, one that people responded to, and helped get me new work.”

This series was shot while Sorensen was living in Hong Kong for Cathay Pacific’s inflight magazine.

“We shot them in a mall, so there was really no good location,” Sorensen recalls. “It basically came down to getting the most out of them.”

Sorensen used the playful nature of the animation characters that these men created to produce something more interesting than your standard editorial portrait.

Sorensen’s shoot with the head of this airline company was shot inside a very cookie-cutter office building, but he went in knowing that the client was looking for something fun and non-traditional.

When they arrived Sorensen noticed the model airplanes placed around the office, he asked his assistant to grab them before they headed to the conference room to shoot.

He was happy with the results, but needed a second option to submit to the client. And the only other available location was Kunugi’s very sterile office. Rather than go with a standard editorial portrait, Sorensen folded up a paper airplane for Kunugi to use as a prop. The publication ended up running one of the shots with the paper airplane.

This series was shot for The Washington Post a few months after Trump was elected. Sorensen had brought a stack of poster boards and a marker to the set and after shooting some traditional portraits, asked if Olbermann would be interested in writing out some messages, similar to the signs featured in Bob Dylan’s music video for “Subterranean Homesick Blues”.

Olbermann chose the phrases and wrote them across six of the poster boards. The Washington Post ended up running one of the images featuring the “RESIST” sign.