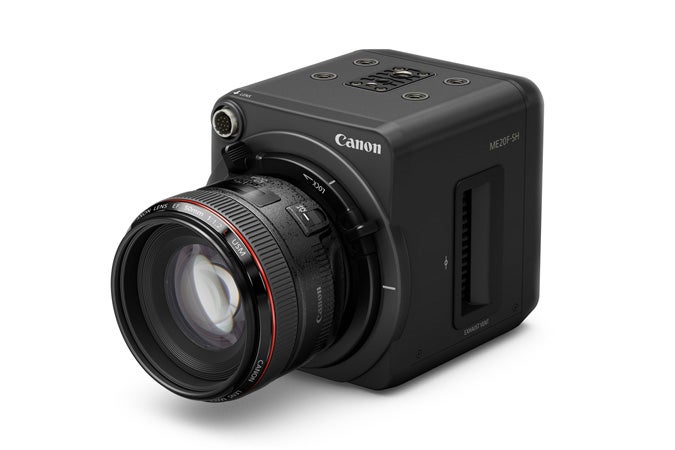 Do a quick skim of the internet camera message boards and it’s not hard to find people criticizing Canon for their lack of innovation in terms of sensor technology. People quote DXO scores in a vacuum and say that Canon isn’t innovating anymore, but with cameras like their new ME20F-SH, it’s going to be hard to keep saying that. Their new $30,000 interchangeable-lens camera is capable of pushing its ISO rating over 4,000,000.

The sensor inside is a 35mm-sized full-frame CMOS with pixels that are roughly 5.5-times the size of those found in their high-end DSLRs like the 1D X. From the press release: “Furthermore, the sensor’s pixels and readout circuitry make use of Canon proprietary technologies to achieve both reduced noise and exceptionally high sensitivity on subjects with a minimum illumination of less than 0.0005 lux.” So, basically, it can shoot in the dark. For some reference, .0001 lux would be the equivalent of a night with full cloud cover and no moonlight. So, seriously dark.

As stated above, the camera costs $30,000 just for the module alone and is meant for industrial applications and big-budget productions, but it will be very interesting to see if this sensor tech starts to work its way down into the pro and even consumer grade camera lines.

The current DSLR ISO war is sitting at 409,600 with cameras like Nikon’s D4s and the Sony A7s, so this would be a substantial jump. However, it remains to be seen at what point images from the Canon cross the barrier into unusably noisy.

Canon has a large expo coming up, so it seems pretty safe to assume they will be touting this thing pretty heavily and I’m looking forward to checking it out.