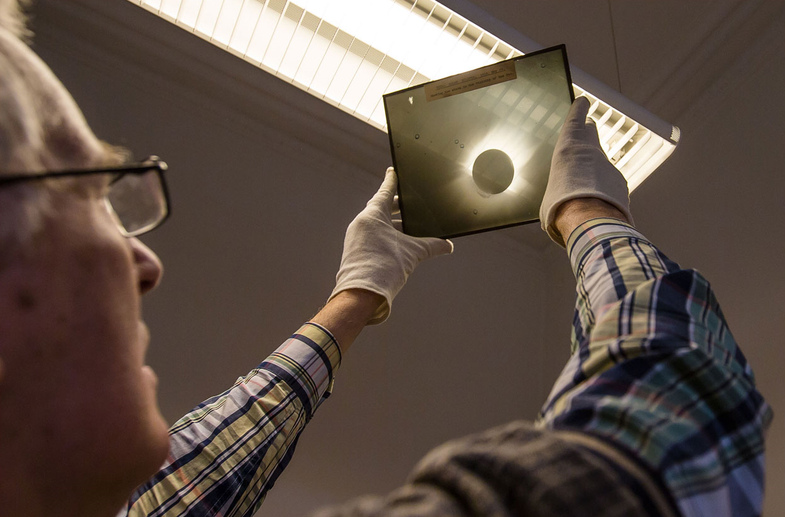 By now you’re well aware that we’re suckers for photos of and from space. We’re also partial to tales about rare old photos that are found and restored. This story has both! Holger Pedersen discovered some cardboard boxes in the basement of the Niels Bohr institute and, upon opening them, found that they contained a collection of extremely rare glass photographic plates containing images of space that can provide valuable scientific data.

The images are from between 1895 and the early 1900’s and have sat untouched for decades. As the source explains, the images were taken when our understanding of the universe was very different. The universe was believed to be 400,000 years old.

The image above depicts a solar eclipse in 1919 and was actually a piece of evidence used by Einstein to help support his famous theory of relativity. These are reportedly some of the only images taken from this time period, which could prove invaluable in comparing them to modern images.

It’s a fascinating find and it makes you wonder how many other amazing photographic treasures are out there waiting to be discovered in basements and even thrift shops.