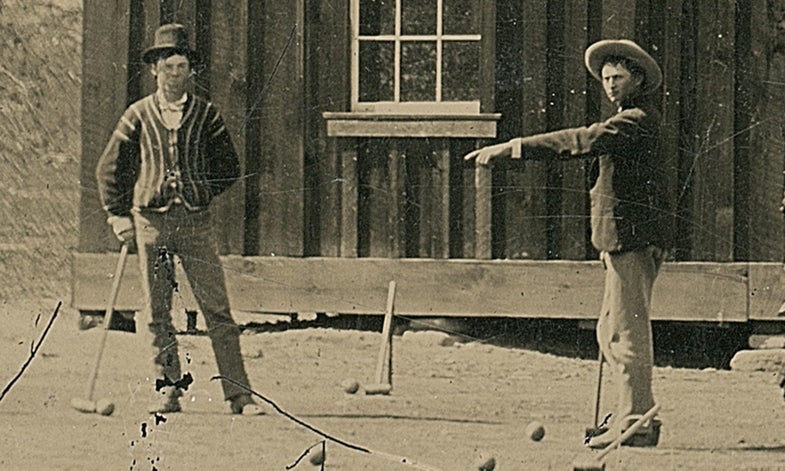 Billy the Kid is an old west icon in the USA, and until recently, there was only a single authenticated picture of him. In 2010, however, a man named Randy Guijarro bought a $2 tintype photo of some people playing croquet in a thrift shop. It turns out one of the croquet players is actually Billy the Kid and the tintype could be worth up to $5 million.

The image has undergone great scrutiny by imaging experts and people who have studied the old west. They went through painstaking research in hopes that they could confirm the 4×5-inch tintype image shows Billy the Kid and his crew, the Regulators. After literally years of study, researchers feel confident that it is the infamous crew.

The photo was apparently taken in 1878 after a wedding. Billy is shown wearing a sweater and a hat resembling the one that can be seen in the other confirmed picture of him.

It’s actually a pretty great photo and I could see why someone would buy it even if it wasn’t a literal treasure. The spacing on all of the subjects is great and the big tree adds a lot of drama to the competition.

This is the kind of thing we all dream about when going into a thrift store. Personally, however, my thrift store dream is to come across a bag full of old Leica or Hasselblad gear that was donated and then put on the shelves by the employees. I haven’t found it yet, but I’ll keep looking.