It could also implement augmented-reality-like features 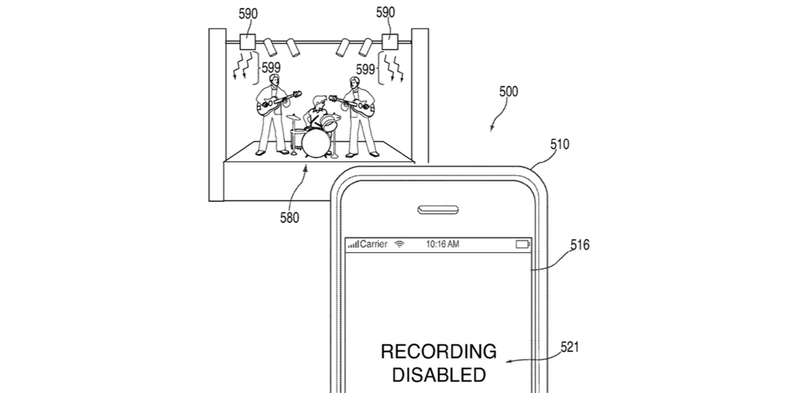 Recently, artists have been going to some pretty great lengths in order to cut down on the number of people taking photos and videos during concerts. Recently Apple was granted a patent for which they filed in 2011 for tech that would allow an infrared transmitter to prevent the iPhone camera from recording in certain locations.

The idea would be to restrict recording in a simpler way that doesn’t require handing out an electronic bag to each patron that will only unlock outside the venue. The user, for instance, might see a message that says “recording is currently unavailable.”

As 9to5Mac.com points out, there are also some practical applications for the technology, like using IR signals to enhance the camera and implement an augmented reality (remember when that was the craze?) system where the camera and phone screen become a heads-up display, adding information to the scene in front of you.

As always, this is a patent, so it could just stay in the realm of intellectual property forever. But, something like this could have some scary implications if it were to be used at, say, a large-scale protest or a gathering where smartphone video recordings would otherwise be very likely. On the other hand, the idea of renting a smartphone camera blocker for a wedding ceremony sounds fantastic.