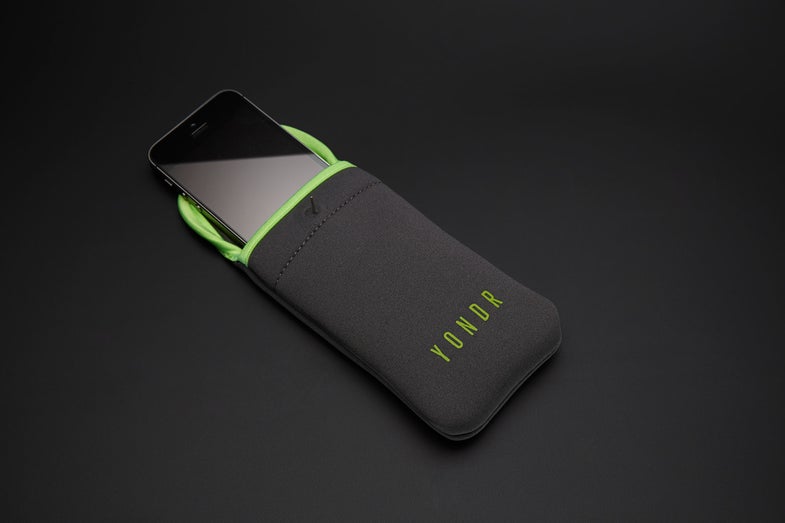 People like to record things and take pictures with their phones. This is especially true at big events like concerts and other types of performances. The problem is that those little glowing rectangles held above everyone’s head tends to take away from the experience for others sitting in the audience, which is why Yondr was created, to prevent people from using their phones in a venue.

Having been to countless live music venues, it seems like it would be a rather Herculean task to make sure everyone was complying with the rules, but the system is apparently already in place at a variety of venues on the west coast and will be used by comedian Dave Chapelle for a string of upcoming dates.

From a logistical standpoint, it seems like there are a ton of challenges to be overcome in a system like this. How do you prevent people from stealing the cases? And what if someone simply says, “I didn’t bring my phone”? Is the venue going to need to search everyone before they head into the space? And getting out of a crowded venue after a crowded show can be annoying enough, now there’s going to be an added step as everyone files outside?

For artists like Chapelle, the extra hassle seems to make sense. He’ll be doing new material that he presumably wants for a special or at least for people to come out and see, so having it leak onto the internet is bad news. For musical acts, however, it seems less practical to me. Personally, people holding up phones has never really bothered me, but the musical events I tend to frequent are of the general admission variety, so I’ve never been stuck behind someone with their phone up in the air.

If this was to catch-on, I could see it spreading to other venues like weddings, where the current trend of “unplugged” ceremonies is rapidly gaining in popularity.

What do you think? Would a system like this improve going to see live shows for you? Or would it feel like the venue is overreaching its own authority trying to tell you when you can and can’t use your own device?