Zack Seckler started his photography career in a tried-and-true way: shooting assignments for newspapers and wire services in Boston and... 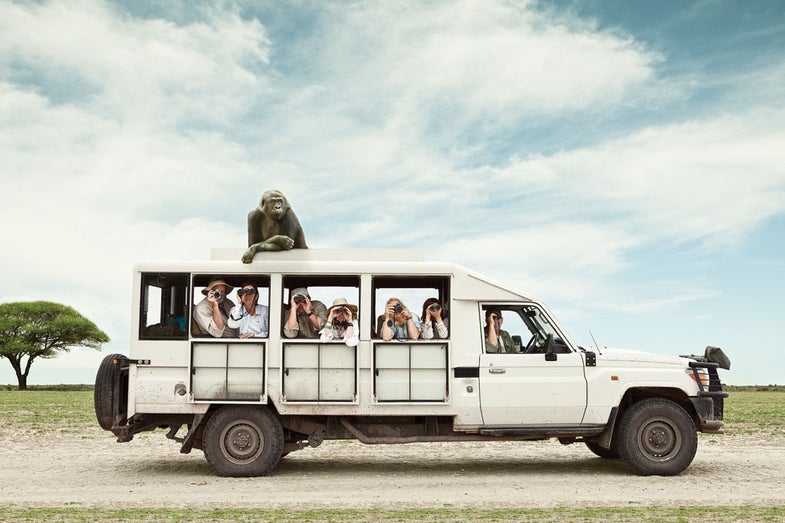 Zack Seckler started his photography career in a tried-and-true way: shooting assignments for newspapers and wire services in Boston and later in New York City. But he soon decided to break out from straight documentary work. “One thing that frustrated me with photojournalism was having to follow the ethical guidelines of not interfering with a scene or asking someone to do something,” explains Seckler, 33. “There would be times when I was just waiting for a person to repeat something—you’d see them do it once and hope they’d do it again. Just waiting. It can be very frustrating.”

This eventually led Seckler to shift to what he calls “produced work” in the realms of fine art, editorial, and advertising. “I remember thinking, ‘Wow, I can tell people to do what I want!’” he says with a laugh. “I can hire a model and create a set. Whatever it is, you have much more control. Once I opened that door, I never really went back.”

The result is Seckler’s growing portfolio of personal work (often in a humorous vein), geometrically strong landscapes, and clever commercial shots. “That’s kind of the holy grail,” he says, “to do great creative work and get paid for it, right?” His client list ranges from electronic giants Samsung and LG to retail mainstays Gap and Starbucks to publications including Harper’s Bazaar, Marie Claire, and New York.

While Seckler says there’s often a “hard line” between art and commercial photography, he likes to cross freely into both camps. “I like the colla­borative aspect of advertising, whereas the fine- art work I’ve been doing is landscape oriented, working by myself,” he says, “As long as I’m able to express myself visually, that’s what it’s all about.”

Self-expression first drew Seckler to the camera at age 21, redirecting his career arc while he was attending Syracuse University. “I studied psychology and economics, but I got interested in photography during the summer between my sophomore and junior years,” he recalls. “It went very quickly, from the time I first started taking pictures with a purpose to when I changed my career course. I took an introductory black-and-white darkroom class and I said, ‘That’s it! I love this. I’m going to be a photographer.’”

Neophytism doesn’t seem to daunt him. “I didn’t have much formal education in photography,” he notes, though he took a couple of photojournalism courses at Syracuse’s Newhouse School. He moved to New York “on a whim” in 2003. “But I had wanted to live there since I was a kid,” he adds.

“I grew up in a rural suburb [Lincoln, Massachusetts, near Boston], an insulated town, the opposite of the big city. I was always keen to get in that urban environment.”

Yet most of his landscapes depict pristine scenes far from city lights. “I kind of become visually numb to my surroundings [in New York],” he says. “When I’m in a new place, everything I see is registering, lights are going off—even if I’m just looking at a parking lot. Seeing something for the first time is stimulating. And in New York, everything is kind of cluttered—there’s not a lot of open space and clean lines. That’s something I’m drawn to visually: sharp lines, space, a kind of simple, minimalist approach.”

For a story he posted on his own webzine project, F-Stop, Seckler had the good fortune to interview one of his heroes, photographer Albert Watson. Reminded that Watson is a fellow art-and-commerce genre-bender—not unlike such forebears as Irving Penn and Richard Avedon—Seckler laughs. “If my name is ever put in the same sentence as one of those folks,” he says, “I would die a very happy man.”