No one chronicled a city like Weegee. As the ur-ambulance-chaser in 1930s New York, and Hollywood’s mischevious observer in the... 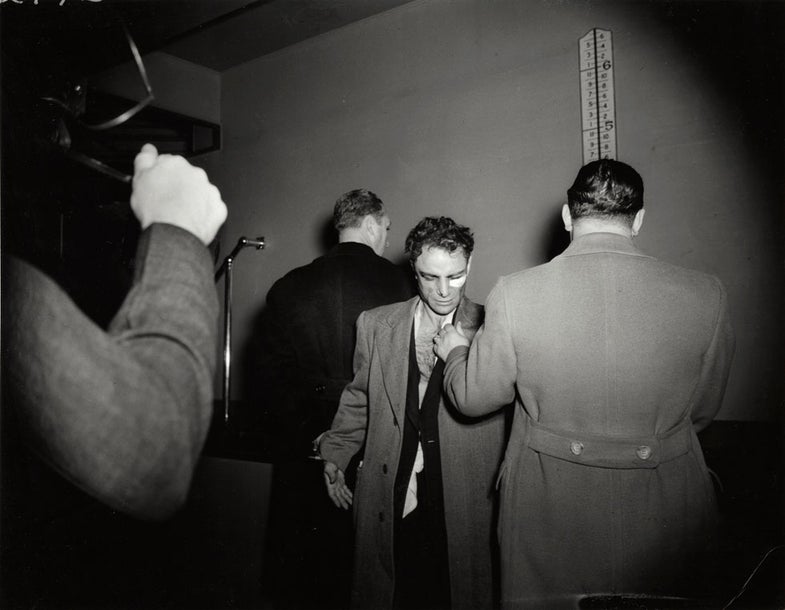 No one chronicled a city like Weegee. As the ur-ambulance-chaser in 1930s New York, and Hollywood’s mischevious observer in the 1950s, his urban visions forged a style that remains influential today. Fittingly, both coasts are paying tribute to Weegee’s work this year:

Weegee: Murder is My Business

**International Center of Photography, New York, NY, until Sept. 2, 2012, **icp.org
Legendary street photographer Weegee was a living contradiction. He covered everything under the sun but preferred to shoot at night. He sought mayhem to feed his social conscience. And he built his legend documenting two cities that couldn’t be further apart, physically or aesthetically. We think he’d be amused that his most gruesome work, published in tabloids in the 1930s and ’40s, has been elevated to the status of high art. Here, ICP mines its Weegee Archive for those gems of the macabre, the crime photos that originally made his career.

**Museum of Contemporary Art, Los Angeles, CA, until Feb. 27, 2012, **moca.org
Weegee’s images of New York’s haute couture poked fun of the rich and famous, and his fascination with glamour continued after moving to L.A. in 1947 (where he also dabbled in filmmaking and acting). But Weegee’s wackiness guaranteed a skewed view: Trick lenses, multiple exposures and other distortions crept into his imagery, while his nose for scandal and sleaze took him into darker corners. The midnight ambulance chaser might have gone Hollywood, but his flashbulbs stayed on full alert.