How the most famous image of the rapper was made 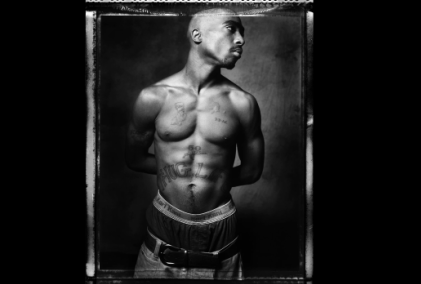 In a new video from Time, music photographer Danny Clinch recalls how an early assignment from Rolling Stone Magazine led to one of his most well-known images of the late rapper Tupac Shakur.

Although Clinch’s portrait ran with a short profile piece when it was initially published, he shot in a way that the image could have been used as the Magazine cover. “I was thinking to myself, ‘Oh man, if this guy ever blew up, I would have this great photograph.’ What if this record is so well received that it could end up on the cover of Rolling Stone magazine,” Clinch says in the video. “I was thinking about that too, keeping it simple, keeping some space around it, so if they ever wanted to use it on the cover they could. It was just a pipe dream, you know.”

Three years later, when Shakur was killed in a drive-by-shooting, Clinch’s portrait of the rapper did appear on the cover of Rolling Stone and has since become one of the most, if not the most, recognizable images of the late rapper.

“I just had no idea it was going to turn into one of the few really solid photographs of Tupac,” says Clinch.