In a word, “Genesis” is stunning, but the new Sebastião Salgado exhibit that opened last week at ICP has a... 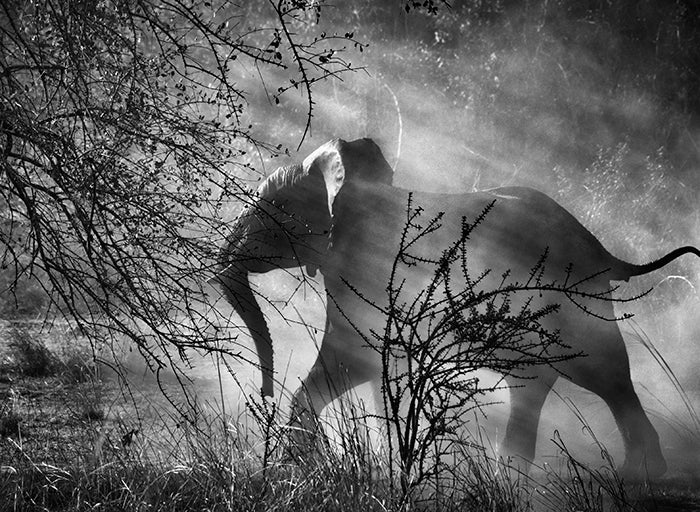 In a word, “Genesis” is stunning, but the new Sebastião Salgado exhibit that opened last week at ICP has a much larger goal than beauty.

“These pictures [are] kind of a State of the Union of the planet,” Salgado says. “I believe we must try, all together, to protect and to hold [the planet] like it is. We must protect what we have and we must rebuild the things that we’ve destroyed.”

Salgado started photographing for “Genesis” in 2004 after being inspired by an ecological restoration project he and his wife, Lélia Wanick Salgado, started on an inherited piece of desiccated Brazilian farmland. When Salgado was a child, he says that over half of the large farm was a part of the rainforest. By the late ‘90s when he inherited the land, the entire region had been ecologically destroyed. Salgado says restoring the land and planting more than two million trees inspired him. “I had a big curiosity to see what was pristine in the planet,” he says.

The 200+ photographs that appear in the exhibit are the result of eight years of travel to over 32 locations. The exhibit is broken into five sections, each representing a region of the world where Salgado spent time capturing an untouched, immaculate world: South Planet, North Planet, Africa, Amazonia and Sanctuaries. There is an additional small chapter that documents the work the Salgado’s have done on their own land in Brazil. “It goes well together because ’Genesis’ was born inside this project,” says Lélia Wanick Salgado, the show’s curator.

The beautiful black-and-white images in “Genesis” document disappearing cultures, endangered animals, and landscapes that seem untouched by our modern world. Although all of the work is striking, Salgado’s images of animals are some of the most profound. He says initially these pictures were some of the most challenging for him—prior to “Genesis,” Salgado had only photographed one animal in his career.

“The first time was a challenge for me. I had no idea how to be in front of a lion to photograph,” he says. “But in the end, I learned it is not that different from being in front of a human being. You must get the authorization, respect their personality, and their territory.”