Stunning Time Passages through the Lens of Stephen Wilkes

The photographer on how he makes his large-scale panoramas 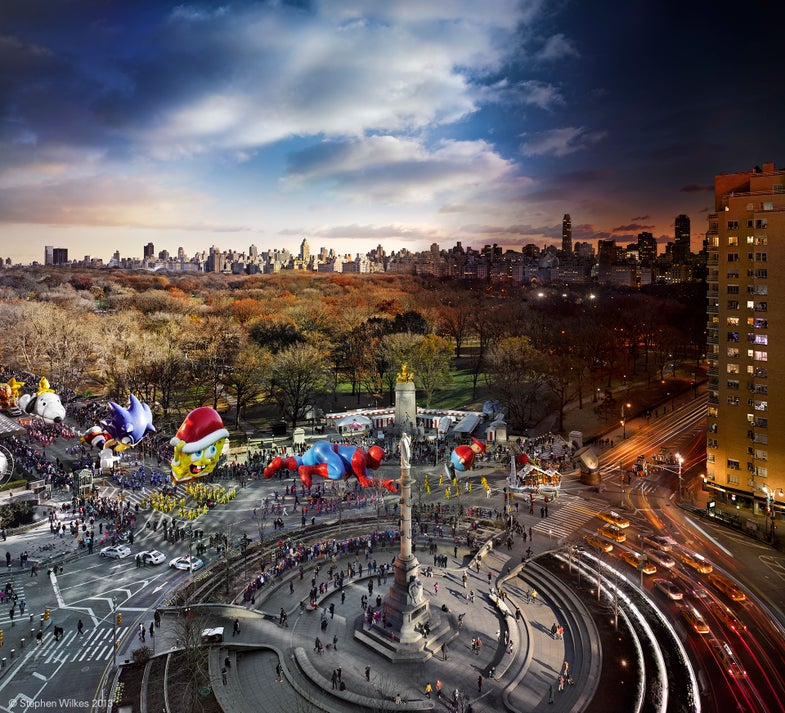 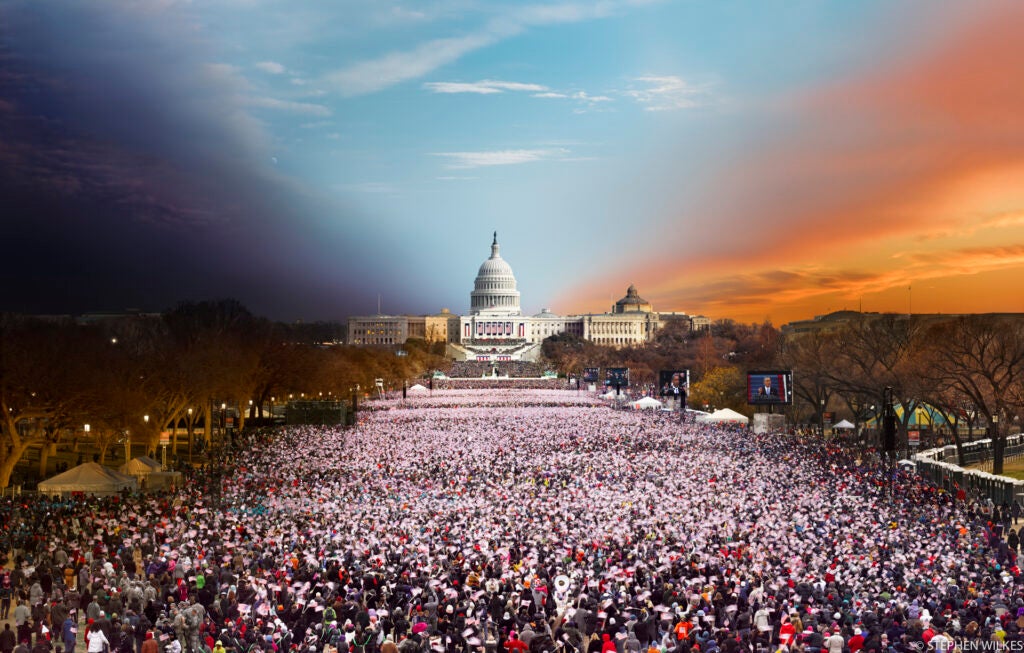 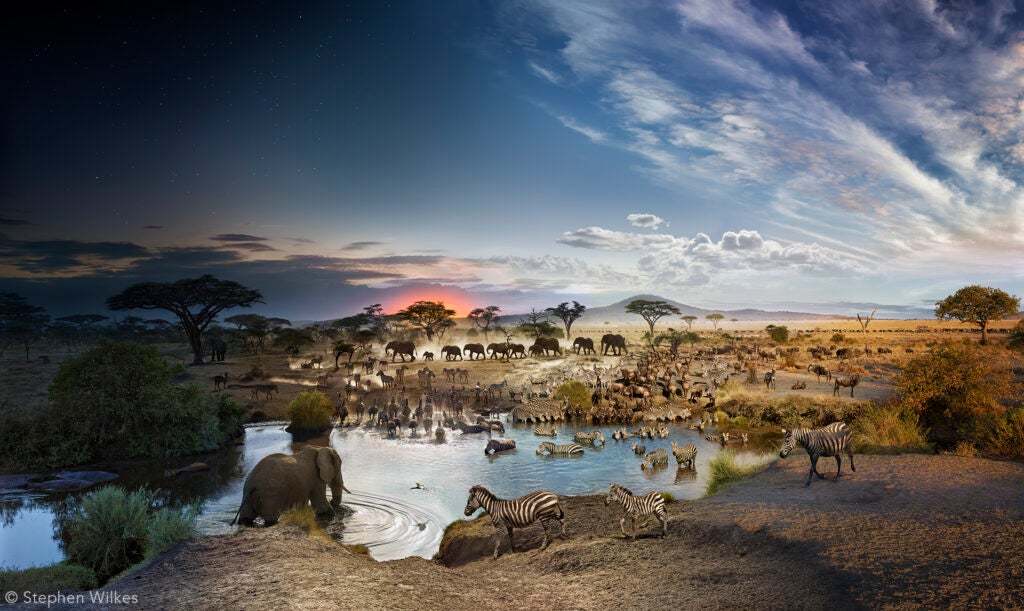 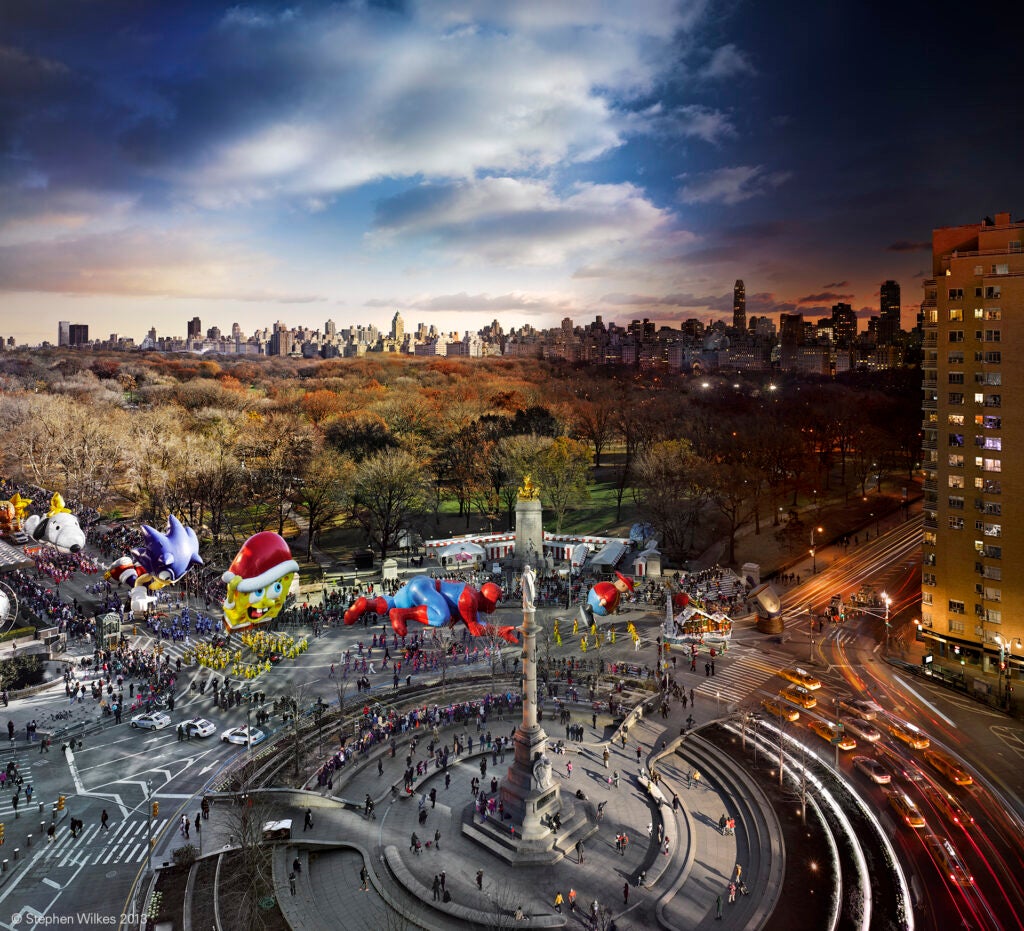 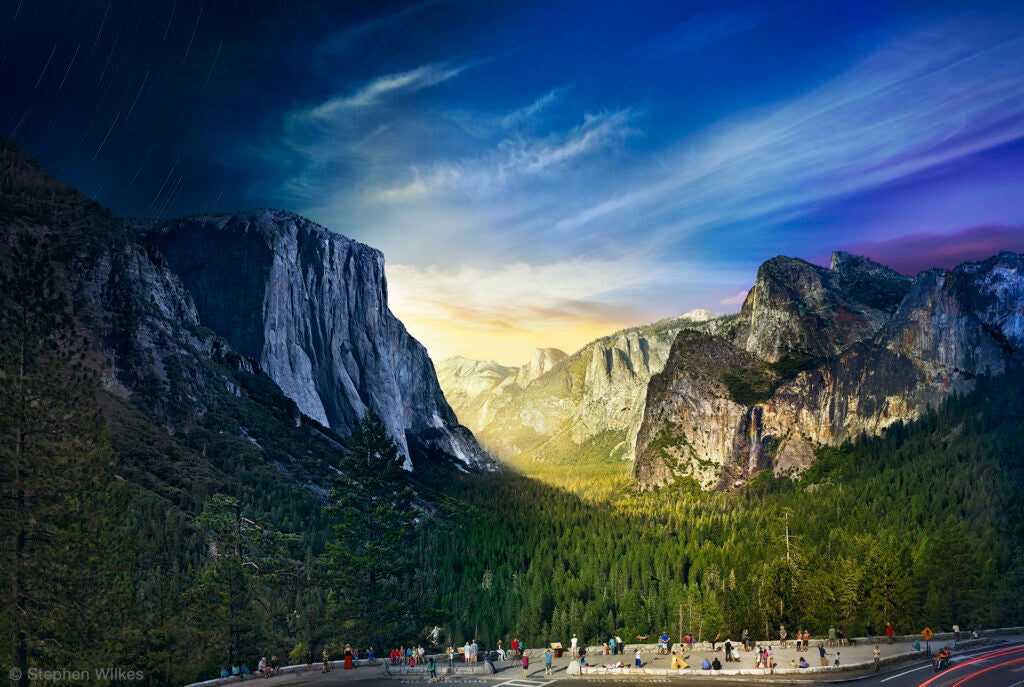 Stephen Wilkes knew his image of wildlife in the Serengeti region of Tanzania was serendipitous when he first spotted a splendid line of elephants in his camera frame.

“We were working inside a crocodile blind for 26 hours,” recalls Wilkes. “I shoot such large files that every few hours, we have to shut the computer down to back up everything—clear off the hard-drive space—and it usually takes around 15 minutes. I’m always terrified that’s when something’s going to come into my frame of view. I’m anxious when we do backup. My assistant says, ‘Okay, you’re live,’ and I lean my head out to see if anything’s coming in, and there is that family of elephants marching through my picture. Just the moment it went live! You can’t dream that up. When you least expect it is when the magic happens.”

The story is emblematic of Wilkes’ painstaking process of making his large-scale series of panoramas “Day to Night”, on view through January 9 at Bryce Wolkowitz Gallery in New York City. Wilkes creates composite time studies from a single perspective over 15 to 30 hours, made of frames shot on 4×5 with a digital back.

“I shoot anywhere from 1,200 to 2,500 images in one day,” he says. “And edit down those to get around 50 of the best moments, from sunrise into the evening.” He and his team then stitch together scenes in post: “It’s layering. From those moments, we create a seamless photograph.”

In his Serengeti image, the family of marching elephants is but one element of menagerie of wild animals visiting a watering hole where Wilkes had perched. “I was there during peak migration, in a five-week drought, so I knew they had to gravitate toward water,” he says. “That day I witnessed all of these competitive species sharing a single resource—and I watched them not so much as grunt at each other.”

Seen on gallery walls, Wilkes’ prints—up to more than 100 inches wide—incorporate a sense of narrative detail almost like a Hieronymus Bosch painting. In fact, his approach was inspired by 16th-century artworks such as “The Harvesters” by Bruegel the Elder. “I remember seeing these little figures in the bottom of the painting and I could almost feel the sweat on their brow,” Wilkes says. “It left a profound feeling for me, that you could tell a story in something tiny within a scene.”

Yet his “Day to Night” project was something of a happy accident, born six years ago of an assignment for New York Magazine to shoot Manhattan’s then-new High Line Park. “As I scouted it I realized it was so cool at lunchtime, but it was spooky at night,” Wilkes says. “I said to my editor, ‘I have this crazy idea: What if I did day to night, north to south, on the High Line?’ That’s how the first one evolved.”

Fueled by print sales and additional assignments—including a grant from National Geographic to photograph national parks (featured in the magazine’s January 2016 issue)—Wilkes’ project became a global one, ranging from crowds at the Western Wall in Jerusalem to river scenes at Pont de la Tornelle in Paris. “I’m fascinated by the most recognizable spots, where everybody says ‘I’ve shot that,’ and then I want to show them in a way you’ve never seen them,” Wilkes says.

One unusual element is Wilkes’ vantage point, often 50-plus feet in the air from a cherry picker. “These are views that don’t otherwise exist,” he says. “And this is not a time-lapse—a camera running every 30 seconds snapping pictures. This is me shooting as a street photographer from above. I’m hyper-focused on specific areas as time changes. I have to include some shots where there’s nothing in them, in terms of narrative or people or elements. So it’s like a time puzzle that I’m putting together as I work.”

Wilkes says he plans to continue “Day to Night” in extreme locales such as the Arctic. “It’s an amazing moment to be a photographer right now—the tools we have at our fingertips are extraordinary,” he says. “There was a time recently when people thought video was going to kill still [photography]. And I personally took offense to that. Because we are on the precipice of such amazing things, technology-wise, with images. So “Day to Night” was kind of an outgrowth of that frustration, of hearing still is dead. Nothing could be further from the truth.”