Spring Cleaning: A Photo Show in a Lower East Side Laundromat 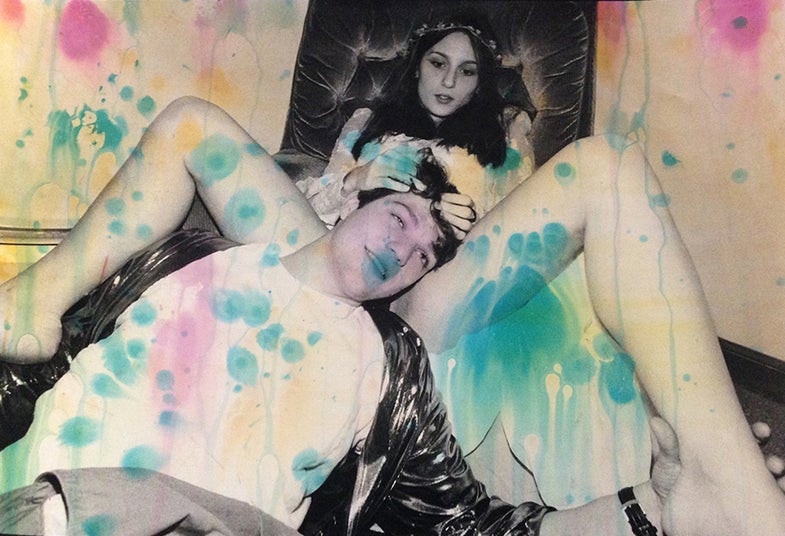 Laundry day is the worst when you live in a city. Benedict Brink and Todd Jordan understand the time suck involved with cleaning clothes, so they decided to stage a pop-up photo show inside of a location that so many New Yorkers absolutely dread.

This Friday the two photographers are hosting their third and final photo show, The Spring Cleaning, inside Long Giang Dang Laundromat on New York’s Lower East Side. The final show features work from photographers like Ed Templeton, Clare Shilland, Nick Haymes, Justin Guthrie and many others.

Jordan and Brink’s idea for the show sprung from a casual Instagram print trade between the two artists. “We met up for the first time to swap prints and we got to talking about how nice it was to be printing our work,” Brink remembers. “Very casually we were like we should do a show, do more prints—let’s keep this going.”

Jordan had walked past Long Giang Dang before and thought it might be an interesting space to host a photo show. The owner seemed receptive when the duo first asked, but getting permission to actually hang the work took some convincing. “When we went back the second time to continue the conversation we basically got swept out onto the street with a broom—chased out of there,” says Brink. They returned a few more times and their persistence paid off. The owners of the laundromat agreed to let them host a show.

Once their venue was secured the two simply made a list of their favorite photographers and started sending cold emails. “We were overwhelmed by how many people said yes,” says Brink, who estimates that about 95 percent of the people they emailed agreed to participate. “We split it up into three shows because we had too many people.” Earlier shows featured work from big names like Larry Clark and Deanna Templeton hung alongside work from recent art school graduates.

“I think my favorite thing about it is having work of someone who is 20 years old, next to someone who is 65 and has been around forever and who everyone looks up to—like Larry Clark,” says Brink. “We wanted to equalize it. Put these things up next to each other in this very public space as if there really is no difference.”

Although Brink and Jordan have no immediate plans to host any more pop up photo shows, the two are working on a Spring Cleaning book that will bring the work of all 27 Spring Cleaning photographers together and be available during the New York Art Book Fair. The final Spring Cleaning show will be on view at 168 Elizabeth Street through July 30. There isn’t a formal reception for this final show, but consider this an excuse to finally take care of that cumbersome chore.