See 25 of our favorite frames from the shortlist 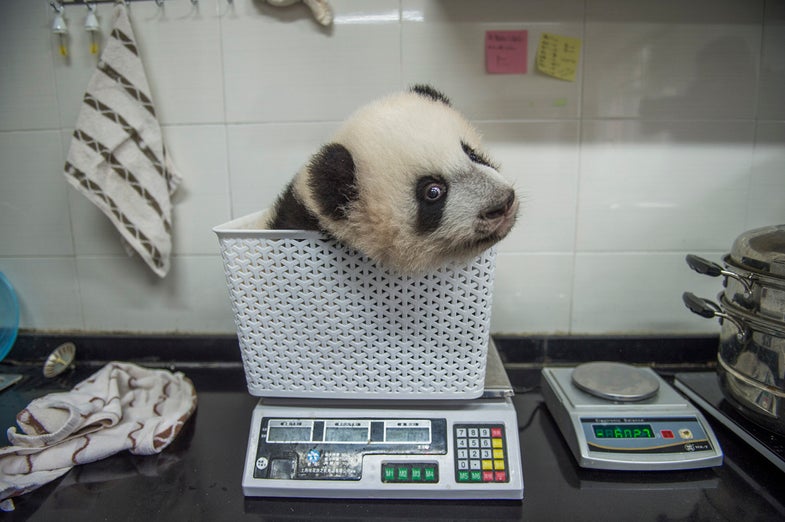 Seen by few, but beloved by billions, the giant panda is one of the most recognized animals on the planet. It’s hard to imagine, but these animals, who roamed the earth for eight million years, were only discovered in the last century. Unknown, and hidden from the western world for millions of years, even today they are seen by few but known by most everyone. Found only in central China, the entire species came dangerously close to extinction. Scientists considered the giant panda a relic species; shy, and difficult to breed in captivity. But now there is a glimmer of hope, as years of research are finally paying off. In a region where bad environmental news is common, China cracked the code and is on its way to successfully saving its most famous ambassador. The giant panda was recently taken off the endangered species list! A cub gets weighed at Bifengxia. In the wild, once they’ve grown to adulthood, female pandas may weigh up to 220 pounds and males up to 250 pounds, and they’ll range from four to six feet long. © Ami Vitale
SHARE

The world’s largest photography competition has announced the shortlist of photographs for the 2017 competition. In its tenth year, the Sony World Photography Awards received 227,596 entries from 183 countries.

The overall winners will be announced on April 20, 2017. Check out some of our favorite shortlisted images from the Professional category below. 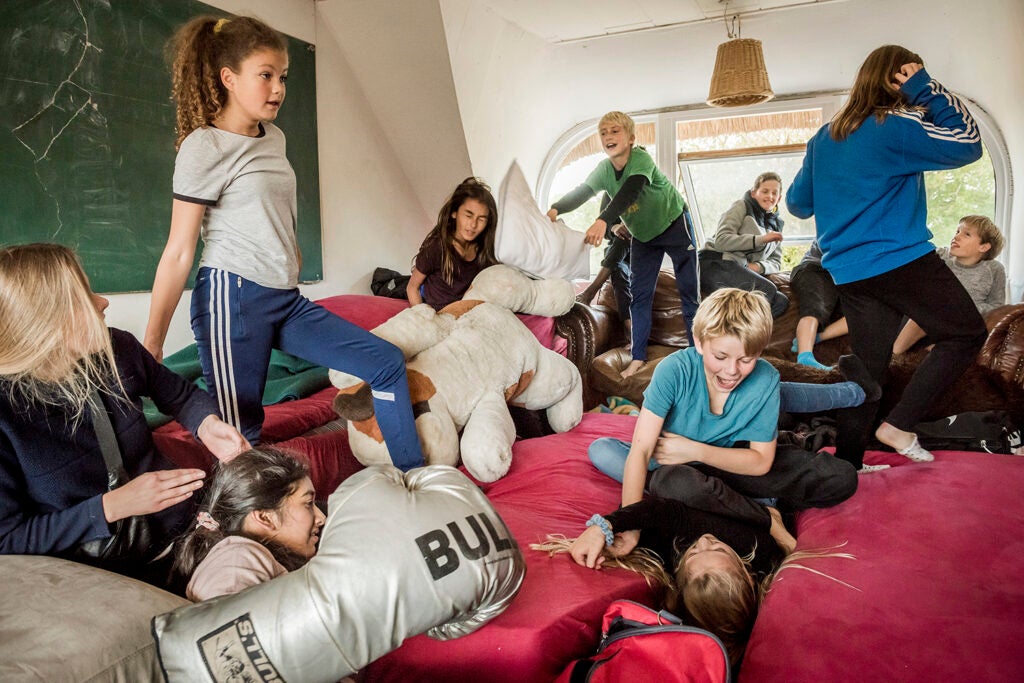 What happens, when 28 schoolchildren meet the controversial Danish therapist Carl-Mar Møller and are encouraged to play freely without rules? A sixth grade class from Øster Farimagsgade, a School in Copenhagen has done it twice. They went from the posh part of central Copenhagen to muddy wildness in Kokkedal, Denmark. There is only one rule at Carl-Mar Møllers place: No shoes inside. So nobody interfered with the pillowfight in the dormitory. Everything was in play and all involved left the fight exhausted and smiling. 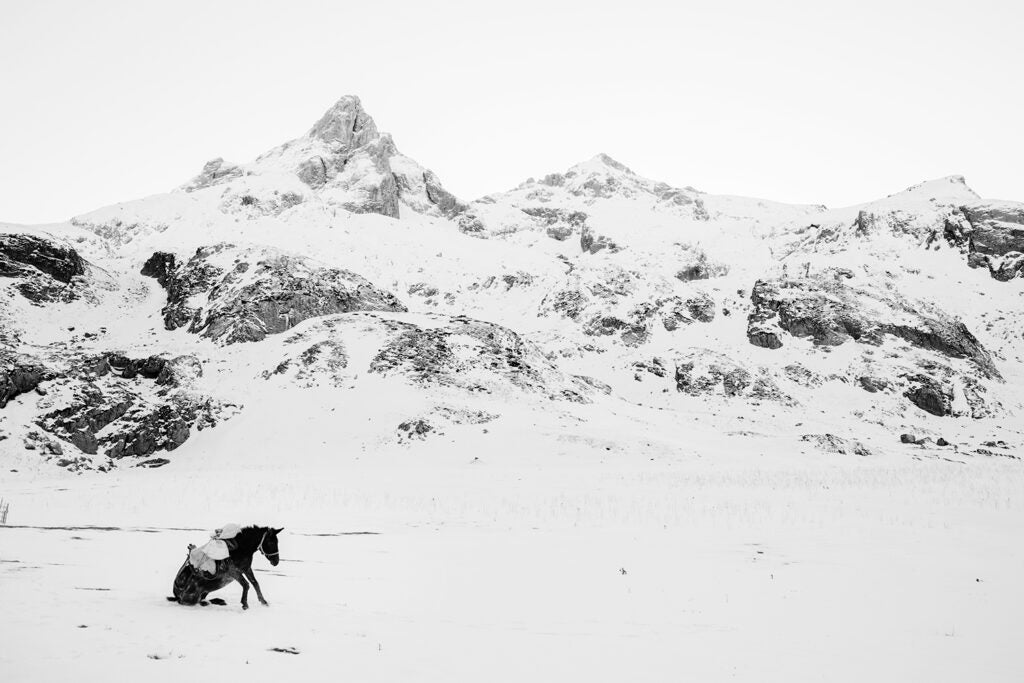 There is a peculiar transformation of nature when winter comes, when snow and ice start to dominate the landscape and when humans and animals have to deal with the extreme weather. The series investigates this struggle against disappearance. The struggle against a whiteout. These photos were made in the Balkans, Scandinavia and Central Asia; remote areas where people often live in isolation and in close contact with nature. A harsh existence, fighting against superhuman forces. 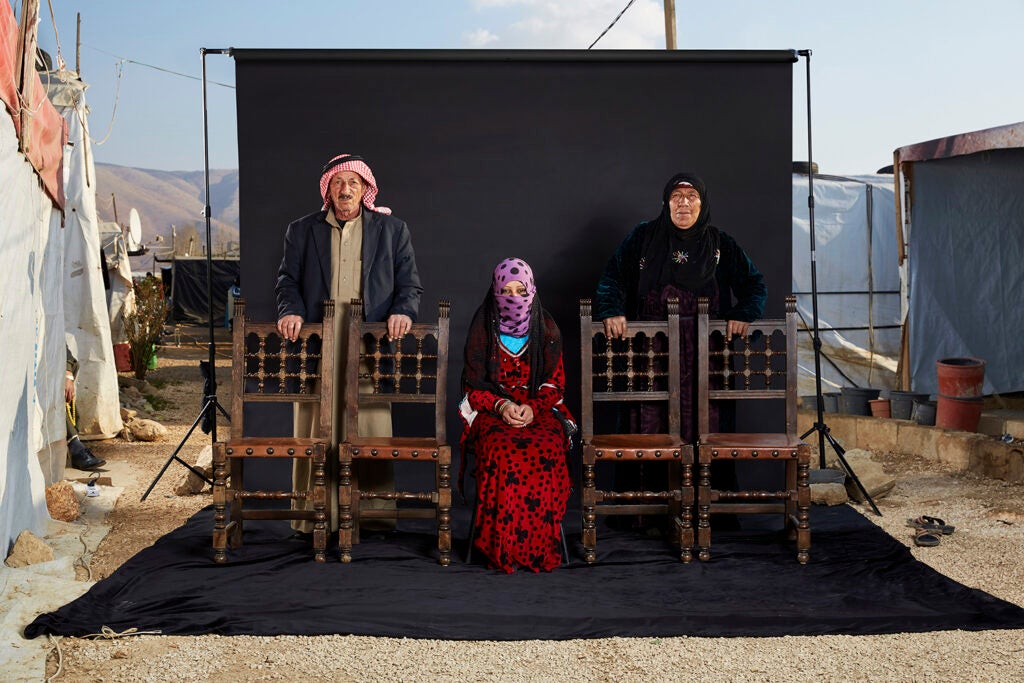 March 2017 will mark the sixth anniversary of the beginning of the war in Syria. More than 470,000 people have died since. In all, 11.5% of the country’s population have either been killed or injured. 45% of the population have been displaced, 6.36 million internally and 4.8 million abroad. This is the biggest humanitarian emergency of our era.  Lost Family Portraits aims to tell the story of those who have lost family members in the Syrian war, and who have made their way to the refugee camps in the Bekaa Valley, Lebanon. The empty chairs or spaces in the photographs symbolize the missing family members. Lost Families Portraits is a reminder of the of the destructive power that war has over families. It is also a testimony to the 1.5 million refugees who are left behind in Lebanon, who cannot afford to buy their way into Europe and who have nothing to go back to. OWAYED’S FAMILY – “I was forced to leave my 4 sons behind. I was getting WhatsApp messages from them, but one day they stopped.” 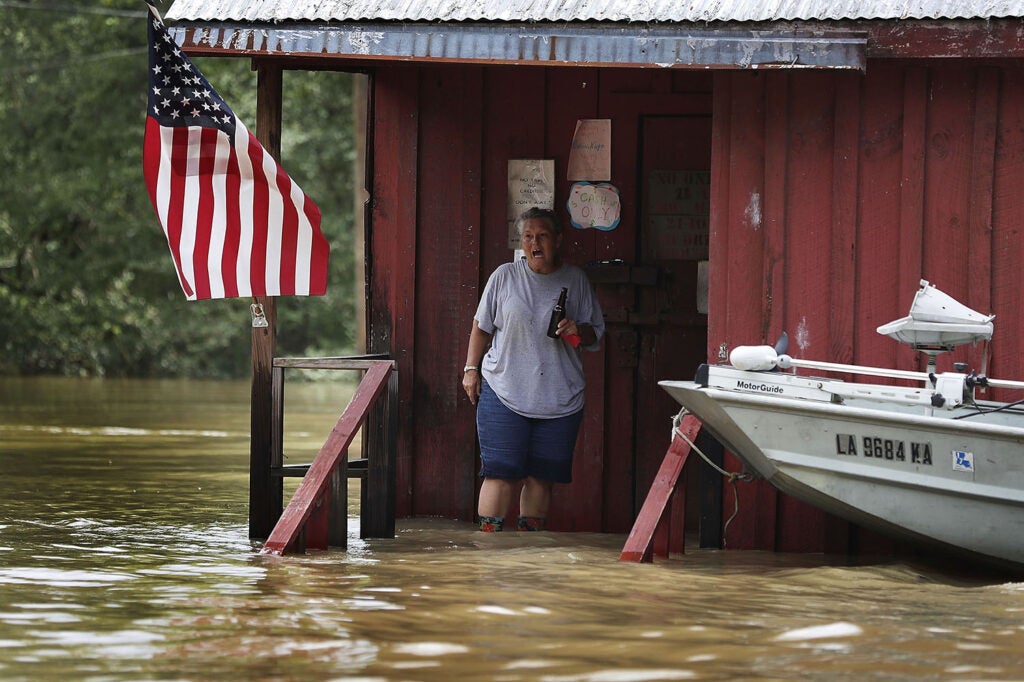 A historic flood, caused by a massive rainstorm, hit parts of Louisiana and overwhelmed local communities, causing thirteen deaths and damaging thousands of homes with flood waters. A person is seen on the front porch of a home as it is surrounded by flood waters in Port Vincent, Louisiana. 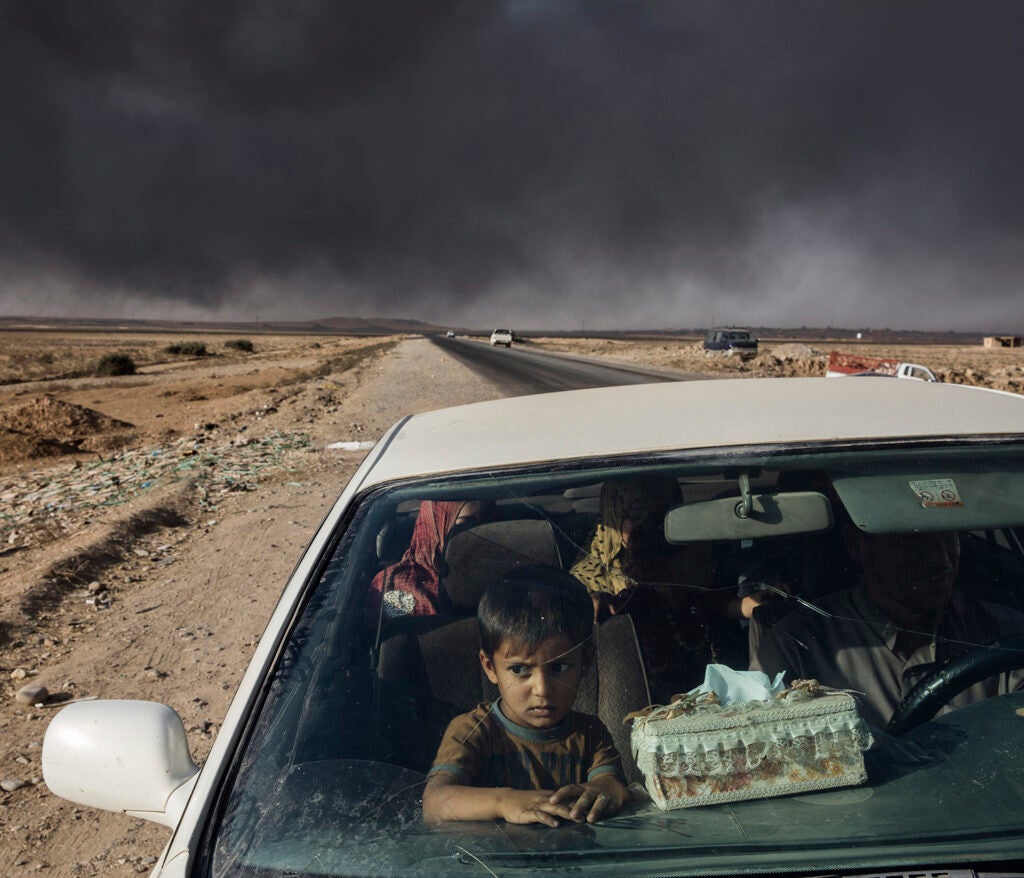 Iraqi civilians displaced by fighting in the village of Shora, 25km South of Mosul, reach an Iraqi army checkpoint on the Northern outskirts of Qayyarah. Over 800,000 people are still trapped in Mosul, according to estimates from the United Nations. Tens of thousands are sheltering in neighborhoods declared liberated by Iraqi forces and many more remain in parts of the city under ISIS control. Humanitarian organizations continue to fear mass displacement and civilian casualties. Many have already made the harrowing decision to flee their homes, in some cases leaving behind the bodies of loved ones who died as the fighting came to their area and had to be buried in front gardens.
Jeanette D. Moses